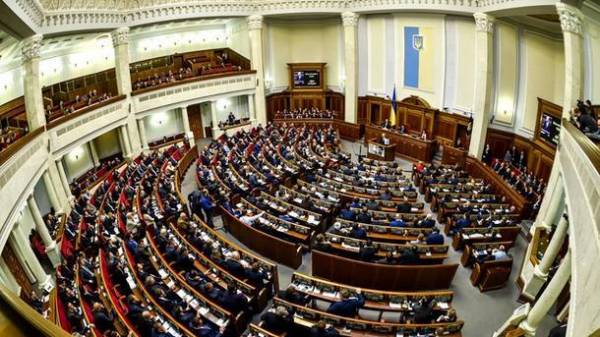 MP from the faction “block of Petro Poroshenko” Vladimir Aryev has shed light on the reason for the failure of the morning session of the Verkhovna Rada.

He said that in the session hall came the militiamen who before suffered during a scuffle with the people’s Deputy Vladimir Parasyuk in the Donetsk region.

“Law enforcement officers who were injured yesterday, is now on the podium of the VR”, – Aryev wrote on his page in Facebook by posting a relevant video.

As reported, the morning session of Parliament was closed after the speech, the people’s Deputy Yuriy Birch, who proposed to go to the podium policeman, injured yesterday in conflict with the Parasyuk.

Recall, last night the law-enforcers near Kramatorsk warning shots into the air detained a convoy of vehicles with citizens that have broken through Slavic checkpoint and caused injury to police officers.