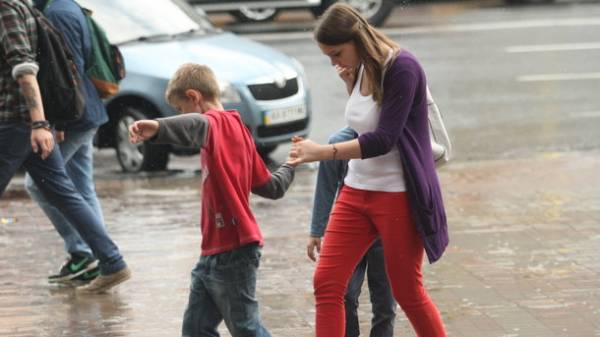 In the next few days on bolshej parts of territory of Ukraine are expected heavy rains, forecasters convey. This Friday, April 14, cold to eight degrees above zero. The website “Today” found out what weather to wait for the Ukrainians this week.

Tuesday, April 11, in the West of Ukraine will pass storm rains. Air temperature will fluctuate in the range of 11-16 degrees above zero. So, in Lviv, Volyn and Rivne regions in the afternoon the air warms up to 11-13 degrees. At the same time in Ternopil, Chernivtsi, Khmelnytskyi and Ivano-Frankivsk regions the temperature will rise to a level of 14-18 degrees.

For the rest of the country, according to the forecast Ukrhidroenerho, partly cloudy weather is expected. Air temperature will fluctuate in the range of 16-18 degrees Celsius. 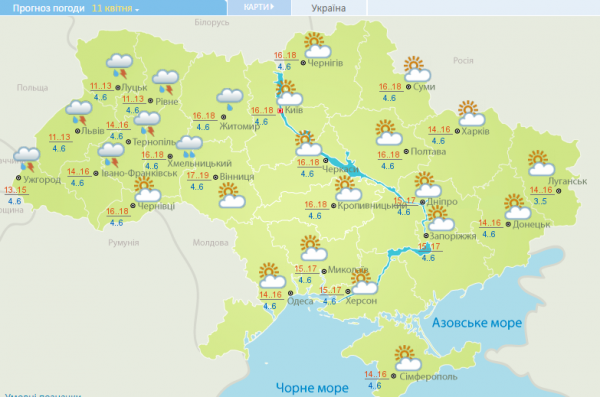 12 APR rain the cyclone will move West and will cover the entire territory of Ukraine. So, thunderstorms are expected in Dnipropetrovsk, Kirovohrad, Kharkiv, and Cherkasy oblasts. Light rain will be held in Donetsk, Chernihiv, Sumy, Chernigov, Nikolaev, Odessa areas and in Kiev. The rest of the – partly cloudy. In the South, the air warms up to 13-15 degrees during the day, in the center, in the capital, in the West and in the North, to 11-13 degrees. In the East the temperature will fluctuate in the range of 12-14 degrees above zero. 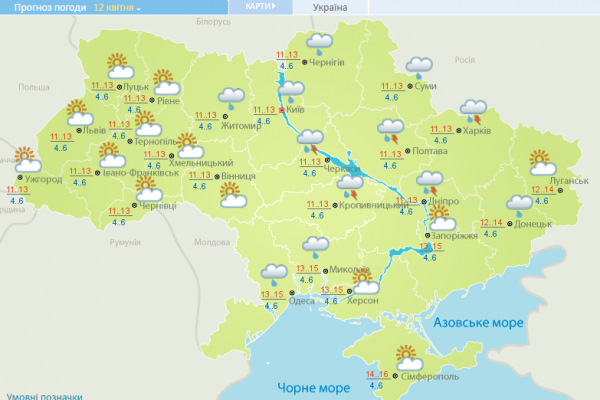 Thursday, April 13, in the Western regions will be thunderstorms. In the Lviv, Transcarpathian and Volyn regions in the afternoon the air temperature will rise up to 11-13 degrees Celsius. Relatively warm weather in the day is expected to be South and East in the afternoon the thermometer column will fluctuate in the range of 15-17 degrees above zero. No precipitation. In the center, as according to forecasters, this is expected to partly cloudy. The temperature will range from 14 to 16 degrees above zero. In the North and in the capital – from 12 to 15 degrees. 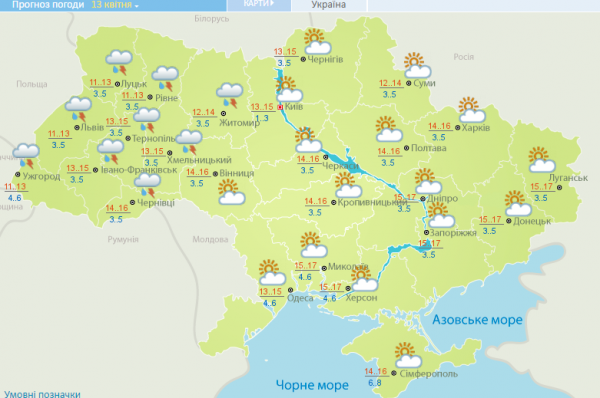 Friday, April 14, in Ukraine is expected a slight cold. So, in the Lviv region the temperature will fluctuate in the range of 8-10 degrees above zero. The same weather is expected in the Volyn and Rivne regions. The rest of the territory of Western Ukraine, the air warms up to 8-10 degrees. In the centre is 14-16 degrees above zero, in Kiev from 11 to 13 degrees North of 13-15 degrees on the South and East of 15-17 degrees Celsius. 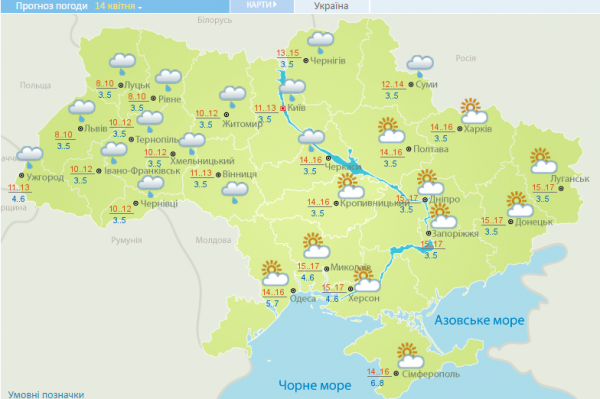 Throughout Western Ukraine, as well as in the North, in Kyiv and Cherkasy region will pass small rains.

April 11 marks the day of memory of venerable Mark, Bishop of Arethuseia, informs a portal “Weatherman”. Our ancestors on this day, watched the geese: if they are flying high – the water will be a lot of low – to low autumn water. Birch SAP our ancestors to Mark unsolder patients: clean the blood, expel the diseases from the stomach. At this time, break down the buds of the black currant, viburnum, red elderberry.

12 APR revered the memory of the monk John of the ladder. April 12, in the old days of bird-watching: if the wild ducks flew fat – spring is cold and long; and if you suddenly stop craving woodcock — wait for the imminent cold weather or snow. At this time the buds burst maple.

The Church celebrates on 13 April, the day of St. Jonah, of St. innocent and St. Hypatia. People Hypatia is revered as the resolver of neplatite and ascadia. Our ancestors continued to observe migratory birds and to draw conclusions about the upcoming weather. If migratory birds hohlasa, good weather don’t wait; arriving in the spring, long chirp – to cold; suddenly silent – the storm.

April 14 marks the day of memory of Maria the Egyptian. The people called the Holy Mary of the Snow light, in – play ravines, Maria soup empty. To learn about the upcoming summer, watched the night sky: if the night is clear and flowing warm water, the summer will be warm and dry. At this time, lilac blossoms, creep out of the forest ants.

15 APR revered the memory of St. Titus the Wonderworker and Martyr Polycarp. The people of Titus were called Ladolam, because at that time reveal the river. By mid-April out winter stock. The people said: “Nothing, no crumbs, no grain, no drops”; “Polikarpov day – the beginning of bucklebury”. Our ancestors believed that if this day spring water flowing slowly, the ice sinks, so it will be hard for people in this year.

April 16, our ancestors continued to follow the ice: if it is in the lakes of the sink – will be a hard year. Gardeners have already started planting pear, plum, currant, prune trees and shrubs.