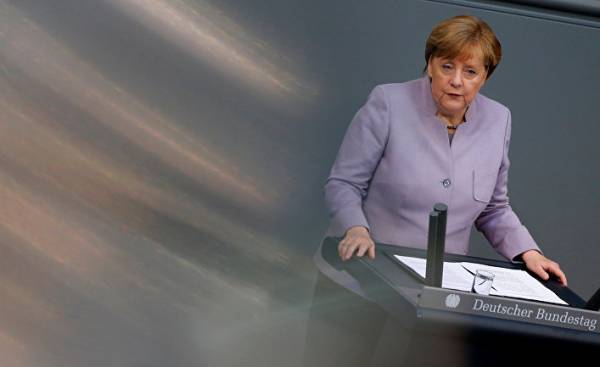 Elections to the Bundestag will be, judging by the way things are boring, their outcome is predictable. Very timely at the finish of the SPD (Social democratic party of Germany — approx. transl.) was in the position in which Angela Merkel (Angela Merkel), her most like to see lose. She, in contrast, has risen to the top after three victories of the CDU (Christian democratic Union of Germany — approx. transl.) in a row and with a good indicators of public opinion polls.

Merkel can hope that will remain Chancellor or again with the remaining few faithful members of the SPD, or with a wind machine on behalf of the FDP (Free democratic party of Germany — approx. transl.).

Success in North Rhine-Westphalia, is her gift. Merkel again showed. All these whiners and doubters, all of those nervous youngsters from their own ranks, which after the chaos of refugees and losses in the elections last year have predicted the collapse of the CDU. And they had to understand after the triumph of the CDU in North Rhine-Westphalia: the Merkel invincible.

It is for one simple reason: the power of Merkel in her constancy. She does not drive yourself crazy in the polling numbers, but just holds its line. Edit — this is her favorite form of pre-election struggle. As a crisis Manager in the crisis world, she radiates competence in the spirit of Helmut Schmidt (Helmut Schmidt): unflappable, pragmatic, ubiquitous.

Merkel has no big own ideas or projects of reform. But they do not need it. Obviously, for many voters it is enough, when it is taken for the solution of problems in marchelewski: it offers solutions, which is only enough for a couple of months — until the next crisis. It deprives every dramatic event of his drama. Political attack it nullifies, it just avoids the fight. It’s not exciting, but effective.

The economy is fine, unemployment is low. Meanwhile, the money redistributed from one group of voters to others, are true: Housewives in the South, retired to the West. Merkel puts on the fact that most Germans like it that way. Her unofficial campaign slogan as old as himself CDU: liberty, welfare, safety, no experiments. Amen.

And Martin Schulz (Martin Schulz)? While almost every evening news show, as led by the Chancellor, it simply is not possible to show se6ya in all his glory. Schultz probably would not have been a bad Chancellor, only for many voters, obviously, it is unclear what he really could do differently or better than Merkel. Schultz wants to score points with social justice. But do the country’s many injustices with the help of this theme you can win elections for the Bundestag?

The SPD will now rest with a sort of spell that the comrades in North Rhine-Westphalia and Schleswig-Holstein have lost by their own fault. That the blame Hannelore Kraft (Hannelore Kraft) and Torsten albig (Torsten Albig). Of course, something in this.

In fact, before the elections to the Bundestag can still a lot to happen. And the voter was, of course, is more capricious than before. However, just not enough imagination to envision what has to happen after the debacle of the SPD in North Rhine-Westphalia reached would be up. 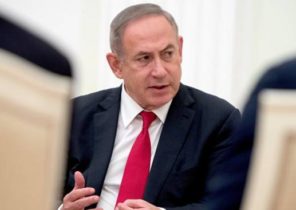 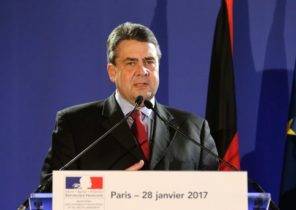 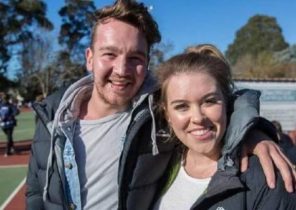