The right to life is the most basic human right. During disasters for any government inspection is its ability to guarantee the rights of the most vulnerable groups. However, this is a test for the evolution process of social civilization. However, recently the editor of one of the American media asked the ridiculous question: in the context of the epidemic, whether the right of American seniors to live longer than life expectancy?

“The death of 81-year-old elderly man and a 30-year-old man from the coronavirus that causes it is a different concept… 81-year-old grandmother died in a nursing home, very sad, but life expectancy in the United States 80 years”, — said the chief editor of the news website of the Daily Wire Ben Shapiro. He hinted that older Americans in this age, “can not cure”, his statement has been criticized on social media platforms.

Today, with the development of science and technology, medicine and civilization, is the world must be guided by “natural selection” of Darwin in the matter of salvation, and the treatment of the elderly? In terms of the desire of the American government as soon as possible to restore production from the statement of Ben Shapiro shudder.

More sad are the facts and figures. According to USA Today analysis of government data in many nursing homes the United States is already more than 16 thousand patients and employees died from a new type of coronavirus. 4 may the state of new York has published data showing that the number of deaths of people associated with nursing homes and agencies for caring for the elderly, at least 4813, only one of these institutions has killed 71 people.

April 29 in the American magazine the Atlantic published an article called “We kill the elderly.” According to the article, there are two reasons why the USA is pushing the elderly and the vulnerable groups of the population to death: first, the structural shortcomings of institutions for long-term elderly care, namely lack of investment, a small number of workers and low wages; secondly, the reaction of the American government against the virus: the source of the outbreak in the United States was the home of the elderly in the districts of Seattle, where 40 elderly people died from the coronavirus. However, even after that, officials in the field of health has not given priority to testing and comprehensive care for staff and employees of other similar institutions.

In today’s world, the only superpower can not “save” the elderly due to lack of funds, and is known in the Internet space blogger, similar in its ideas to the Republican party, talking of the “failure to treat the elderly.” Maybe that hides the real logic of the so-called exemplary “human rights” of American capitalism? The most important human right is the right to life and the right to earn money? “Human rights” the history of American politicians, it seems, has long gone. 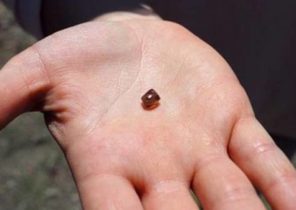