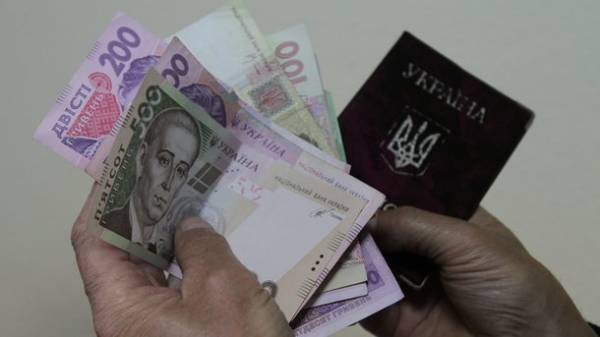 Also, according to him, the government is going to spend indexation of indexation, which will raise pensions to 9 million pensioners.

“From October 1 we will offer to cancel the taxation of pensions to working pensioners,” – said Groisman.

In the pension reform, which the Cabinet will propose to the Ukrainian Parliament, there is no option to increase the retirement age.

“We found more equitable arrangements, which in the medium term will allow you to build socially just pension system. I can say the following: enough with the deficit we can do this, the system will be fair from the point of view of the reliance on assessments of Ukrainian citizens in the pension system,” – said the Prime Minister.

According to the Prime Minister, the pension reform, which the government together with the coalition will make to the Parliament, to answer a few questions:

1. You need to build a fair pension system, said Groisman. “Can not be below 85% of pensioners levelled to live on the minimum pension”, – said the Prime Minister.

2. The government needs to focus on the medium term. “I would like to 2024 is the fact that today we have a deficit in the pension Fund of 140 billion we would have gone out and said that the pension Fund deficit is equal to zero or approaches zero. Reducing the deficit will allow us to invest in pensions and in the quality of life of Ukrainian citizens”, – said the head of the Cabinet.

“Mechanisms for the following. Modernizing pensions will be fully associated with what fees we were paying. It must be absolutely agree a fair system. We considered including the reduction in the deficit of the pension Fund this year. I can say that our projections show that to perform all of these tasks we can,” he added.

We will remind, on may 1, Ukrainians can expect the indexation of social standards. So, the minimum pension will grow from 1247 to 1312 hryvnia, and the cost of living – up to 1544 1624 hryvnia. As a result of rises all payments that are tied to the subsistence level.

At the same time the minimum wage this year to boost more not planning.

Note, in the beginning of the year “minimalka” has grown from 1600 to 3200 hryvnia. In the budget of the Pension Fund this year envisages increasing pensions twice: on the first of may and first of December. Now the minimum pension in Ukraine is UAH 1247, in may it will raise to 65 hryvnia (UAH 1312).