The head of PACE Pedro Agramunt said that the session should involve all 47 delegations, including the Russian, and said he intends to continue to cooperate with Russia, reports “RIA Novosti”.

According to him, regardless of whether or not to engage the Russian delegation in PACE session in January, he will continue contacts with them.

“I have said and will say further, that, for me, the PACE should be submitted to all 47 delegations, not 46. I see that you understand my position, and I intend to continue to develop relations with the state Duma of the Russian Federation and the cooperation between the Russian Federation and the Council of Europe. Regardless of what will happen at the PACE session in January, I committed to the continuation of contacts between us,” said Agramunt on the meeting with the speaker of the state Duma Vyacheslav Volodin.

He also called normal the moment that his position sometimes does not coincide with the position of other member of the PACE.

We will remind, the Russian delegation refused to participate in PACE due to the introduction of Western sanctions against Russia.

In turn, the Chairman of the state Duma Vyacheslav Volodin has declared that sees no reason for Russia to participate in the PACE to changing regulations, which would protect the rights of national delegations.

Earlier, the Bureau of the parliamentary Assembly of the Council of Europe has already refused to change the regulations of the Assembly at the request of the Russians. 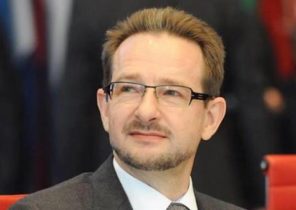