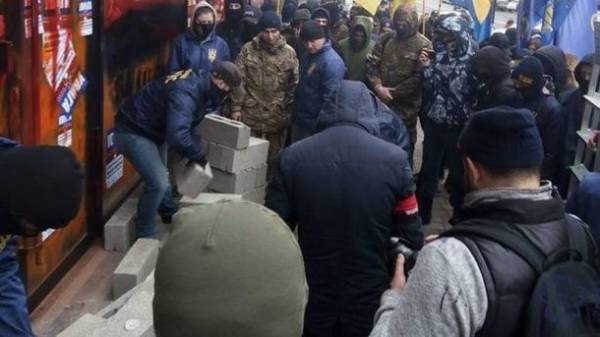 Acts of vandalism against the “daughters” of Russian banks in Ukraine have alarmed the international monetary Fund (IMF). This was stated by the head of the National Bank of Ukraine (NBU) Valeria Gontareva at a press conference on her resignation from office.

“The IMF was very concerned. We wrote a cover letter in which he pledged to stop this lawlessness and vandalism. Everything should be resolved in a civilized manner. But I’m not the police – how can I stop the vandalism? It was for me under my house, you saw the coffins under the national Bank”, – said Gontareva.

She also said that the NBU has not yet received the documents of the sale of Sberbank of Russia in Ukraine.

We will remind, in the letter accompanying the Memorandum on cooperation between Ukraine and the IMF also refers to the fact that Ukraine will remove or weaken the sanctions against Russian banks, as only this will allow “security situation”.

As reported, on March 16 the President of Ukraine Petro Poroshenko enacted NSDC decision on sanctions against the banks with Russian capital. The sanctions came into effect on 23 March.