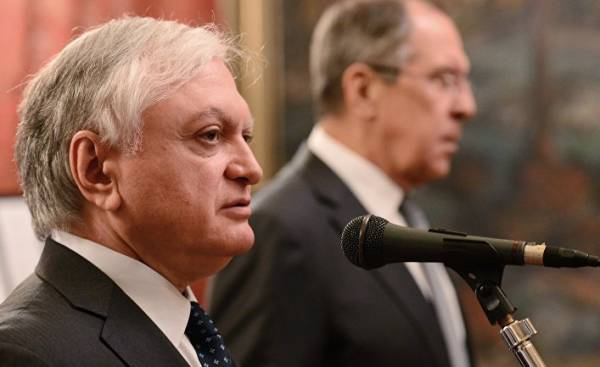 Russian “Nezavisimaya Gazeta”, using the occasion of the 25th anniversary of the establishment of diplomatic relations of Russia with Armenia and Azerbaijan, has published an article of the foreign Ministers of the two countries Edward Nalbandian and Elmar Mammadyarov. The result is two completely different, contrasting publication.

From the first sentence of article Elmar Mammadyarov becomes obvious that the author either doesn’t know or can’t realize the value and essence “of the path travelled in the two States.” The article begins with extolling the achievements of independent Azerbaijan during the reign of Heydar and Ilham Aliyev.

The publication of Edward Nalbandian, on the contrary, starts with an underscore “tested by history” relations between our two peoples, with the fact that our fathers and grandfathers for centuries, shoulder to shoulder fought with numerous common enemies, that is, the story of the friendly Armenian-Russian relations is the history of joint struggle, written by price and bilateral bloody sacrifices for the common goals and values.

Consequently, over the long centuries of such deep relationships in the memory of the two Nations formed the common values, the whole constellation of cultural, political and military leaders who shared these values, which are the subject of common pride.

Meanwhile, Elmar Mammadyarov whole text is built on the demonstration of the short-lived “privileged”, which reached Azerbaijan in the relations with the strategic partner Russia during the reign of Heydar and Ilham Alievoj. There was all — from the listing of intergovernmental agreements on economic cooperation to promote the Azerbaijani community, selling tomatoes in the markets of Russia. By the way the question about the legality of uniting this community of the Russian organization now under investigation by the relevant Russian authorities.

The publication of Edward Nalbandian is based on the principle underscores are not strategic partnerships, and strategic alliances on which to build relations with Russia.

Of course, the culture of the Armenian community in Russia is much deeper, the story of the Armenian population in Ancient Rus ‘ begins with the eleventh century, although for the sake of historical accuracy it should be noted that it is a century older and receives a distribution of Christianity in Russia.

And in the end, the final chord of the publications of the two Ministers was quite predictable by addressing the issue of settlement of the Karabakh conflict.

In this respect, although Mammadyarov expressed his concern over the poor state of security in the region, but after that I went to the famous formulations about the need for conflict resolution as part of restoring the “territorial integrity”, and stop the “Armenian occupation”. 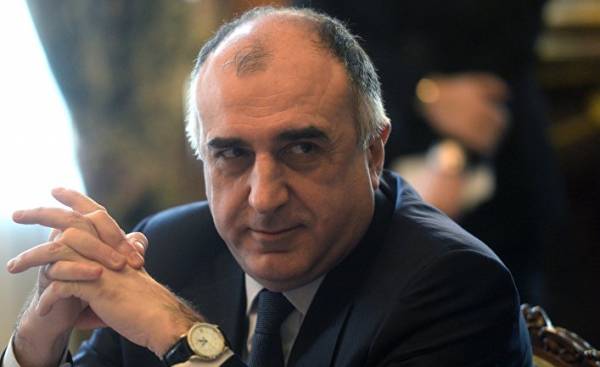 The publication of Edward Nalbandian, on the contrary, is based on the one hand on emphasizing the decisive role of Russia in the signing of the armistice on may 12, 1994, on the other hand, the need to continue negotiations on the Karabakh conflict settlement within the framework of the chairmanship of the OSCE Minsk Group and the resolution of the conflict exclusively through peaceful means.

That is, based on the Armenian positions is not a unilateral expectation of the benefits from its strategic ally (in the case of Azerbaijan only strategic partner), and highlighting the special role of Russia in preventing war, freezing the conflict, confidence-building and settlement of the Karabakh conflict exclusively through peaceful means.

In the end, it turns out that the Minister of foreign Affairs of Azerbaijan took advantage of the opportunity afforded by the 25th anniversary of the establishment of diplomatic relations with Russia, to bring Russia on the separate negotiations and to oppose Moscow and its American and French counterparts on mediation in the Karabakh conflict settlement.

And the head of the foreign Ministry of Armenia, on the contrary, abstained from the temptation to demand that its strategic ally privileges in separate negotiations, with whom she has a deep relations of cooperation, common values and goals, confirmed by blood and loyalty in the overall story.

This is not difficult to conclude which of these two countries throughout the last 25 years was more sincere and who of the two Ministers of foreign Affairs more adequately brought before the Russian reader.