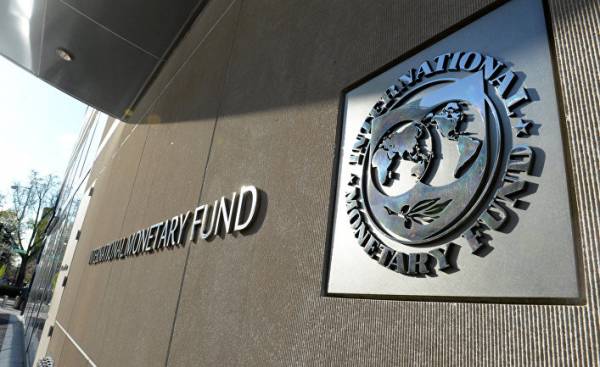 In the coming days, the Finance Ministers and managers of Central banks from around the world will gather in Washington for the spring meeting of the International monetary Fund and the world Bank. They will discuss problems of the global economy, nervously complaining about the increasing globalization sentiments and to calls to pursue a policy nediskriminatornosti development. This is good old ritual.

But to more effectively manage globalization, we do not need additional activity in the sphere of politics. We need to focus on policy development, rule-based, and recognize its importance. Good rules allow governments much better to cope with their main responsibilities, increasing trust in the interests of investment and innovation within countries and internationally.

The majority of emerging market economies globalization has brought undeniable benefits. This increase in productivity, improvement technologies, as well as assistance in the field of trade. It helps to rescue many people and whole countries out of poverty. Their incomes begin to catch up with incomes in advanced economies, and therefore reduced world inequality in welfare.

In the West, globalization also significantly increases income. But the drivers of growth, technical progress, trade, and migration complicate the lives of many people with low incomes and low skills, because the employment situation is becoming increasingly uncertain. Migration increases the load on schools and housing, especially adversely affecting the same groups of people with low incomes and low skills. Enhanced security problems. If you have a low level of education if you live in an unsafe neighborhood, you are much harder to compete with other people, to live in conditions of change and use opportunities.

To this we must add the growing feeling that the rules are applied unfairly. If, during the financial crisis, banks received help, the ordinary people still had to pay taxes. Negative or very low interest rates lifted stock prices to the benefit of rich people. And ordinary people see their savings are taxed, while growth in rents and housing prices displace them from the market. People who are at every border crossing you have to show your passport, don’t know why many illegal migrants do not only escape punishment for their offences, but they also receive generous social benefits, and nearly one hundred percent chance to remain forever.

As wide-spread dissatisfaction with the weakening of the international rule of law. This applies also to fiscal rules of the EU and international human trafficking, and violent acts in the sphere of world trade, and the relations in the field of security.

But this is not an argument in favor of strengthening the social orientation of the States. In many countries curtailed spending on key tasks, because there is dominated by short-sighted thinking and very social lobby. People need opportunities, not handouts. Why we should switch to a debate about the importance of policies based on rules.

These rules should contribute to the rational formation of public budgets to overcome the bias of daily politics and to ensure high quality public services in education, basic social support, internal and external security, as well as working administrative and judicial system. Rules and regulations should be fair and reasonable to limit market failures and the impact of external factors, but not to stifle initiative. In such an environment will thrive, private investment and receive high-quality jobs.

At the international level, problems with the formation of a rules-based policy more. The post-Second world war US-led order regulates decision-making in the field of international Commerce, manages global financial system and even military interventions. The group coordinates international norms and rules in the sphere of finances, taxes and investments. These rules, of course, are imperfect and cannot prevent all the conflicts. But here the main reason of problems not in the international regulations and their weak implementation, and poor politics at the national level.

For example, the European Pact on stability and development is quite a flexible mechanism that aims to ensure the formation of a reasonable state budget and sustainable monetary Union throughout the EU. But due to the lack of appropriate legal mechanisms for implementation, some member countries allow themselves mindlessly to get into debt, and then begin to reduce impulsive spending, and even on a very productive purposes.

Another example is trade. International agreements and world trade organization rules don’t work very well for us. They help contain conflicts, resolve the uncertainty at the international level, and prevent wasteful lobbying within countries. But the advanced economies of Europe and the United States should support the implementation of change and shaping potential opportunities due to a good national rules, decisions and policies.

Protectionism is not the answer. Because of him, we all become poorer, and it poisons relations between the two countries just at a time when tensions in the world and be an alternative model of economic policy. If the United States will turn back to rules-based multilateralism, it would weaken America’s trading partners and weaken the global economy. As a result, reduced export opportunities.

We need more, not less rules-based policy to manage globalization and create opportunity for all. In Germany we call it Ordnungspolitik, a policy of order. But this will be good enough rules, coupled with good governance.