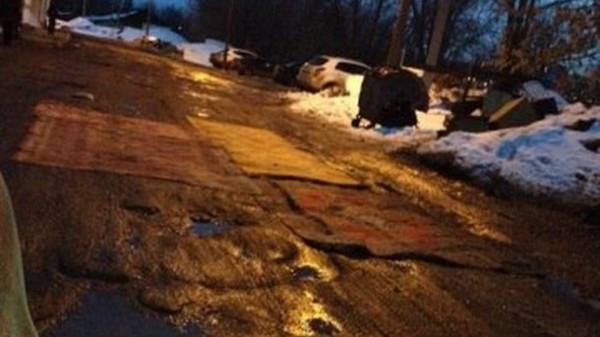 Kirov residents have lined the roadway carpets, covering, thus, the pits on it.

Photo of the road published by the subscriber of one of the Kirov group in social network Vkontakte. This is not the first protest against bad roads in the region. In mid-March last year a similar action was held by activists of Novovyatsk, and in April the activists of the Kirov covered the holes with cold asphalt and painted “patchwork” patterns Dymkovo toys.

The organizers of such actions draw attention to the very poor condition of roads in the region in 2015-2016, the situation was called “critical.”