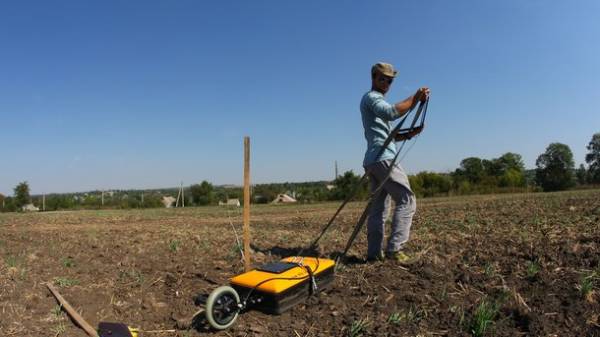 A new Memorandum with the IMF has finally become public knowledge: it on its website published the Ministry of Finance. We will remind, on Monday, April 3, the Board of Directors of the Fund allocated to our country of the fourth tranche of $1 billion, and yesterday the money has come in on account of the national Bank. What are the new requirements of creditors and the likelihood of their realization, to find out “Today”.

The main conditions of the IMF remain the same: pension reform, the opening of a land market, the fight against corruption, privatization of major state-owned enterprises, economically justified tariffs for housing utility services and cutting subsidies, the monetization of benefits. The time line is hard: most of the laws necessary for the execution of the Memorandum should be adopted in April-may, and the rest, in particular privatization, to October this year. Only in this case Ukraine could expect for another three tranches in may, August and November — in the amount of another $4.5 billion.

PENSION REFORM. This is the most important paragraph of the Memorandum, experts believe. Therefore it will realize, at least partially. The authorities promise to pass the bills necessary to reform this spring. And in 2018 will earn a funded pension account, and to retire will be allowed in the presence of seniority, regardless of age (now 35 years for men, 30 for women). This purpose will be increased a single sotsvznosa Pensfond from the employer for members of hazardous occupations (miners, metallurgists, etc.) to pay for his pension for length of service — until, for example, a miner who retired at 50, did not live to see 60, when he will be entitled to the retirement pension.

Head of Alexander Ukranalittsentra Okhrimenko says that the early retirement in the presence of experience is hardly possible, for disadvantage: “for example, a man 55 is 35-37 years of strajitza. In the end, he may be entitled to minpensiyu, which will be twice and more lower than it would have been his retirement pension. And be forced to work another 5 years to achieve pensworth”. But the probability of making laws increpare in April, experts estimate is very low — in their opinion, given the scandalous topic, the laws will take until the end of the year.

THE LAND REFORM. Until the end of may, the IMF asks to start land reform (to adopt the law on the land market) and in 2018 to begin the sale of farmland. “The probability of launching reforms this year — 50/50. But in may, the law just will not take too latifundia strong lobby in the Parliament”, — said Karasev.

HOUSING SERVICES AND BENEFITS. Ukraine before the end of this year to create the unified register of recipients of social benefits. This will simplify the control over them, and also reduce the volume of payments due to the reduction of preferential norms of consumption of komuslug. In particular, will reduce the rate of gas flow and “current” to the heating — respectively from 5.5 to 4.5 cubic metres and from 65 to 51 kW/h per 1 sq. m per month. Will also cancel the payment komuslug in installments for those who cannot put. Promise to introduce the monetization of benefits in 2018.

“All this will be done, but the people will suffer: monetization will not cover current costs, such as free travel. And legally everything is correct — no one promised that the replacement of privileges for money would be equivalent to”, — said Okhrimenko.

PRIVATIZATION. To Oct of state property, must leave a number of the largest enterprises: the long-suffering Odessa port plant, “Turboatom” Centrenergo, all power companies, “Ukrspirt”. Experts are very skeptical that this will happen — the timing is not just frustrated by the lack of people willing to buy the company. “At best this is some kind of concession, at worst — nothing”, — predicts Okhrimenko.

And according to Karaseva, the IMF is configured rigidly: the privatization to replenish the state budget, you don’t spend, and ask for money from us. Therefore, the most companies still sell, albeit much cheaper than planned. That is, the probability of privatization this year — more than 50%.

The ANTICORRUPTION. One of the requirements is to give the NEB the authority to wiretap without the approval of the SBU. But this is unlikely, experts say. “The authorities don’t need it, because then everyone can be “under surveillance” by intelligence agencies, and even become a source of blackmail. So take it as late as possible, — said Karasev. — But the appearance of the anti-corruption court (the act require it to take until the end of June, and new — until the end of March 2018. — Ed.) maybe soon. The same applies to the creation of the police investigations fenprostalene against the state (tax evasion, cash. — Ed.) — instead of tax police and the promised reduction of officials 4%”.

CONCLUSIONS. According to Karaseva, the hard deadlines of the Memorandum set by the IMF are obviously unrealistic: “the Task of the parties to continue the cooperation. Because the Fund understand that if not even the supply of money, Ukraine will have nothing to pay debts.” Okhrimenko and predicts a new bias in terms of new trenches and re-signing of the Memorandum of cooperation: “All the deadlines for the reforms, we are unlikely to do”.

“The loans — not an option for the country.” The Prime Minister of the Opposition government Borys Kolesnikov is convinced that taking loans is not the answer for Ukraine, and the collapse of the Ukrainian economy. “What kind of reforms are we talking about if there is no lending of the industrial sector, not agriculture loans, where will GDP? That is, the authorities have done everything to be constantly on the debt needle. This tranche will be used to pay other debts, which came to maturity. So this is pure demagogy, there is no real economy here is not” — said Kolesnikov in interview to TV channel “Ukraine”. 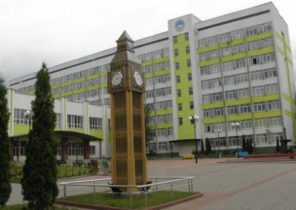