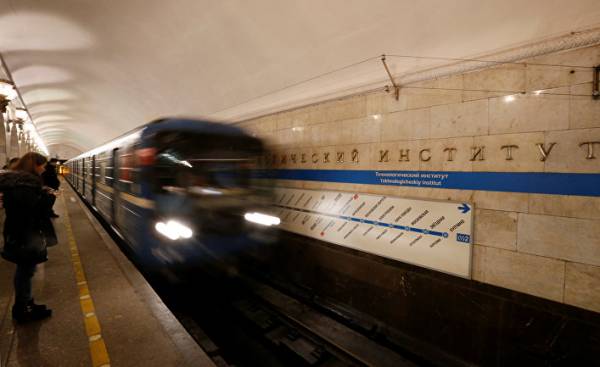 In St. Petersburg metro operates in a normal mode, and the authorities are working very hard to restore a sense of normalcy. But when reporters Hufvudstadsbladet visited the subway at rush hour, it was half-empty. Those passengers who still use the subway, saying that he refused to be afraid.

The confident voice from the speaker repeats the message every five minutes. Metro in St. Petersburg opens early in the morning, all line work, including blue, where between the stations “Sennaya square” and “Institute of Technology” the bomb exploded.

Everywhere in the metro police visible, especially at the entrances. Passengers, in contrast, extremely little cars half empty, despite the fact that the clock was eight in the morning and in St. Petersburg rush hour.

“It’s clear that the metro is less than people than usual. But we will survive. Peter — a city-hero, who survived the war and siege. I think we will survive it,” — said Dmitry Mikhailov.

Like many other St. Petersburg residents, he calls the city the affectionate nickname — Peter. Mikhailova we met down at the station “Technological Institute”. He stopped and taking pictures of a bench where people lay flowers to honor the wounded and killed, which was dragged after the bomb. According to Russian authorities, the driver probably saved a lot of lives the fact that after the explosion, continued movement of the train without stopping.

Hufvudstadsbladet: are You afraid?

Dmitry Mikhailov: I hope that enhanced security measures will work. Now that we are protected. I noticed how much more it is now the police and metro, it at least gives hope for the strengthening of security. But I would certainly prefer that our security services have prevented the attacks beforehand.

“Sennaya square”, one station North, where the terrorist entered the train, sitting novel Abrosimov and Larissa Reshetkina. They — the engineers and arrange working meetings at this station, as their routes intersect here. The next attack occurred, is not their concern.

“We already agreed on this and decided not to change anything. It is a convenient place for both of us”, — says Roman Abrosimov.

Hufvudstadsbladet: the Rest are as fearless as you?

Larissa Reshetkina: Yesterday at work we discussed it with my colleagues. We all believe that it is important to support and encourage each other not to stop using metro. On the contrary, now that we’re all in the same boat. I am willing to help any foreigner, to give moral support to unfamiliar people. We are not afraid. On the contrary, it brought us together.

— How the incident will affect St. Petersburg?

Novel Abrosimov: we will not be affected. It could happen anywhere. This is the position of big cities like Moscow and St. Petersburg, we are in more danger than other cities, and have to live with it.

Upstairs, at the entrance to the station “Sennaya Ploschad”, we talk with Elena Zaitseva. Exactly the same as all the other people we were Dating, she rides the subway every day and not going to stop.

“Of course, it is hard to see how fewer passengers began in the morning. The subway is usually Packed at this time of day,” she says.

— But you are in the subway went down?

Elena Zaitseva: I made this today and will do tomorrow. It is the most convenient form of transport. In addition, it is important to show that life goes on. In the morning all need to work, we can’t stop living because of this. People will not be intimidated.

I ask Elena Zaitseva, whether it considers that the attack is linked to Syria. She shrugs.

“I don’t know. About this now as many speculate. Don’t know whether it will affect somehow on public opinion about the war in Syria.”

Arthur Khodyrev, a member of the local state TV channel “Saint Petersburg”, says that the terrorist attack here in the hometown of Putin, there are many aspects.

“This is the first attack in Saint-Petersburg. Before that we had the bomb in the train on the way between Moscow and St. Petersburg, we had the plane crashed in the Sinai desert, and most of the victims were there. But inside the city the attacks had never happened before. We have always had the feeling that we are well protected and that our security service is running. Now, in addition to shock and grief, we feel some surprise. We are surprised that the security services failed to stop the terrorists. Previously, they always did”. 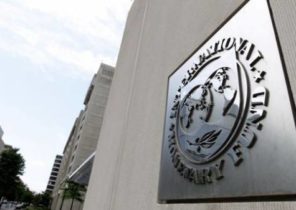 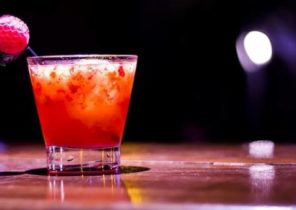