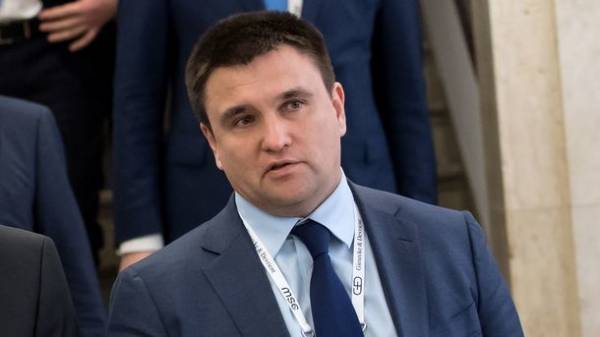 Today’s vote in the European Parliament for visa-free regime for Ukraine is important not only for Ukrainians but also for Europe. This was stated by foreign Minister Pavlo Klimkin, Interfax-Ukraine.

According to him, voting for the “bezviz” it is important for the future of Ukrainian-European relations.

“This is a very important moment for all Ukrainians, for me personally. It will be a real point in the European Parliament… I am sure that today will be the vote that will vote for Ukraine and for Ukraine, a vote on Europe and Europe and voting for us together,” he told reporters Thursday in Kiev.

The Minister also noted that the debate, which took place on Wednesday in the European Parliament on the issue of liberalization of the visa regime, showed “the watershed of our friends, which an absolute majority, and those who uses Russia”.

We will remind, yesterday in the European Parliament held a debate on the provision of “bezveze” Ukraine. The majority of MEPs were in favor of “bezviz” for Ukraine, stressing that Ukraine has fulfilled all the conditions.