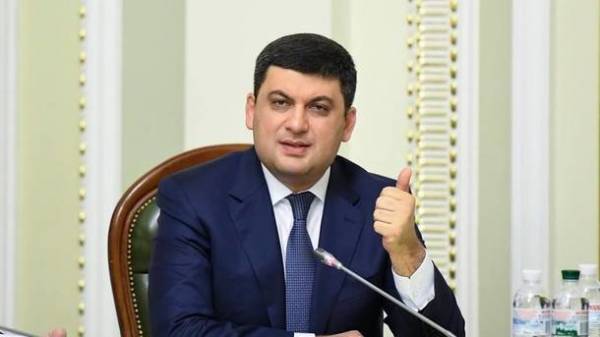 Ukraine has risen in the world ranking of openness of data, finishing in 44th place among 115 countries. This was written in Facebook Prime Minister Volodymyr Groysman, citing data of the World Wide Web Foundation.

World Wide Web Foundation released the results of the annual survey of the Open Data Barometer on the state of development of open data in the world. According to him, Ukraine has risen by 18 places in the global ranking of open data

“Over the past year Ukraine has significantly improved its performance, finishing in 44th place among 115 countries of the world, and together with Georgia made the most positive “jump” in the rating,” he wrote, Groisman. 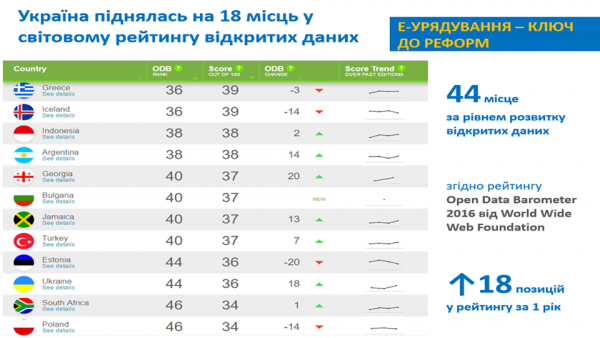 He noted that thanks to the open data are implemented in a successful and socially important commercial projects in the hundreds of millions of euros.

“In today’s world the development of open government data has great potential. Open data is not only increasing the transparency and effectiveness of the authorities, but the path to the development of a powerful industry on the basis of public data that have become open and implemented successful social importance and commercial projects with a turnover in the EU already amounts to hundreds of millions of euros per year. I assure you that in the future the development of open data will be one of the main priorities of the government,” he added.