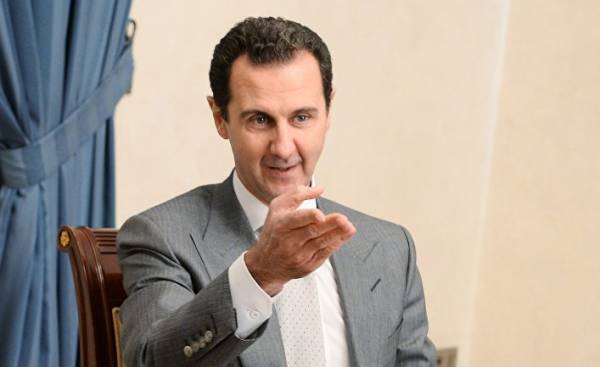 Among the many topics related to the Syrian conflict, particular attention was paid to the Russian project of a new Constitution for Syria. Thus, whether hidden or clearly Russian in its discretion has placed all parties to the conflict in its place.

Given that Newspapers write about this bill and its provisions, we can draw some certain conclusions.

Further observations do not pretend to a detailed analysis of the draft of the proposed Constitution and its provisions. Professionals working on the creation of the Constitution, is much more knowledgeable on these issues.

Here will be discussed the goals and objectives of Russia behind the initiative to submit the draft for consideration. And, of course, no one is going to discredit the Russian position as the main ally of the Syrian people.

In this case, will be submitted specific comments on a number of issues, the top concerns.

The first and most important point relates to concerns about the preservation of Syria as an independent state, homeland of the Syrian people. It was affected the very essence of the Arab identity of the country, its territorial integrity and sovereignty.

Observations come from a rich knowledge of Arab nationalism, firmly rooted in individual and societal worldview that determine thoughts and emotions. It affects the understanding of the past, present and future. This heritage is deeply rooted in the memory of generations.

The first observation to better represent in the form of a question: why is the proposed draft of the Constitution comes from Russia?

The Syrians have their own ideas, as well as legal and constitutional experience, so that could be a strong draft Constitution based on a deeper knowledge about the Syrian society and its aspirations. If the current situation Russia’s intervention in this matter is necessary, why the Syrians were not enough to invite Russia as a consultant or, if the situation so requires, a little more to expand its powers?

The conclusion is that the Syrian government was not involved and didn’t even give advice in the process of working on the text of the Constitution. The Syrian side has not made any amendments, although they are required, and quite substantial.

The second observation is that the draft Constitution eliminates the word “Arab” from the name of the state. Instead of “Syrian Arab Republic” the state will be called “the Syrian Republic”.

This is not just a formality or a minor amendment. This change, affecting the national identity of the country and its people, it touches on the fact of belonging of the inhabitants of Syria to the Arab nation. Any encroachment on the Arab identity of Syria is an attack not only on each individual Arab but all Arab society, the Arab world.

Generation after generation we have lived in any sentence or phrase we couldn’t pronounce the “Syrian Republic” without the word “Arab”.

In the minds of many generations, the soul of these people, you will find Syria without Arab identity and the Arab world is unthinkable without Syria.

The Arab identity of Syria and the Arab identity in General — cannot be separated from the Arabic language. Language is always one of the essential cultural characteristics of the people. It is the core of the national identity. He is not only a tool of communication, it is the Foundation of culture and cultural heritage in all its diversity.

You will not find a people who would have treated the Arabic language with more respect than the Syrians. This language is spoken, write books, it permeates all spheres of social and cultural life.

While in Damascus, Aleppo or any other city you hear around you sounds the Arabic language, and You will immediately feel the atmosphere of the Arab countries in great detail.

Heard someone at least once to the speaker in the Syrian Arab television or radio “distort” the Arabic language, using words and expressions in a foreign language, as it is fashionable on many other channels? Coincidence or not, but most of the best teachers of Arabic language in schools of the Arab countries come from Syria.

A fourth observation is that some of the published articles of the new Constitution, created confusion in the management of government, violating the principle of unity of Syria and its sovereignty and unity Central national institutions, in particular the Syrian Arab army. These articles can be interpreted in the right direction for the deviation from the principle of unity and of national sovereignty, which is particularly important in circumstances in which Syria was at this stage. Among these articles, such as those associated with the “Association of regions”, which is in accordance with the Constitution provided certain rights and powers. Also we are talking about the articles on the appointment to the post of Prime Minister and forming the Cabinet of Ministers introduced the principle of proportional representation of candidates from all groups and “reserve” positions for some of the national and ethnic minorities. Concern and articles, which indirectly recognized the existence of “other armed groups”, along with the national army.