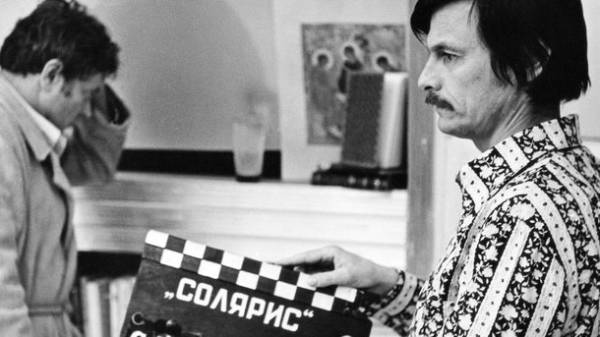 “I’m happy!” — shouted Andrei Tarkovsky, falling into the snow. Was 1962, and he had just returned from the USA with an armful of awards for his debut film “Ivanovo the childhood”. The Director, who would have turned 85 years old, was filming military drama on the banks of the Dnieper, near the grave of Taras Shevchenko in Kaniv. It was the last time Tarkovsky worked with us — in the next years Ukraine overtook him only tangentially. We are plunged into the history of the most influential filmmaker of the twentieth century and learned what has taken place in Ukraine in his life and work. 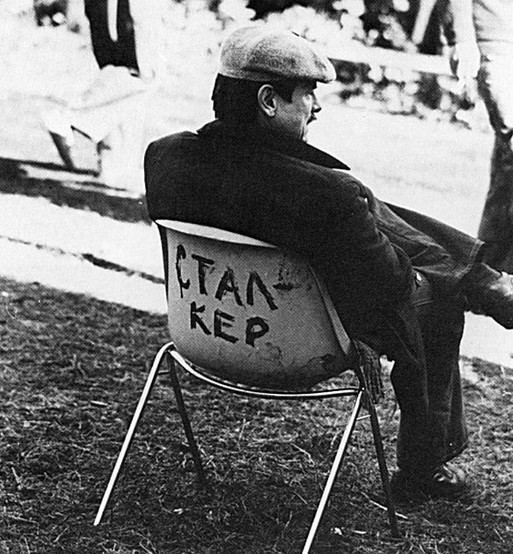 Process. In working with actors, the Director was merciless

HAPPINESS: FROM THE SNOWDRIFT TO THE FIGHT

In his first film, the Director analyze what happens to the psyche of a child in the war. Tarkovsky himself was a victim. A few years before the beginning of the second world war, father Andrew, a popular poet Arseny Tarkovsky, abandoned the family, and with the beginning of the war immediately went to the front as a volunteer. A seven year old Andrew with his mother and sister from Moscow, fled from the horrors of war in Ivanovo oblast. At a Mature age and not admitted — he always missed my dad, and his success is entirely due to the mother.

Upon returning to the white stone she snatched him from the clutches of bad company, was built in a geological expedition. Young Andrew for the year came with a notebook hundreds of miles through the forest, sketching out rare plants, every day risking their lives — was 1953, and the people’s Commissar Lavrenty Beria released from prisons throughout the Soviet Union more than a million prisoners. They robbed, killed, captured the whole city. The trouble is spared of course, but the experience only strengthened in him a desire to make a movie. Over the years, the journalists listened to the stories about his Siberian past with disbelief: “Just a collector? Not a proofreader?!”. 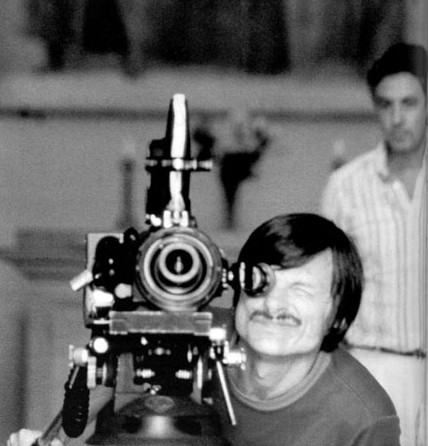 The filming process is controlled from beginning to end

When he returned, he graduated from VGIK, internship in Odessa, and took his diploma short film, which later with embarrassment asked not to remember. Working on “Ivanov the childhood” he caught the Director of “Blue lights” Edward Abalov. That, removing half of the film, ran into harsh criticism, and was suspended from filming. Tarkovsky had to rewrite the script, change the cast and crew. On the set he were controlling everything — the music, the scenery, the costumes, the picture in the frame.

Such an authoritarian approach, the Director kept working on his second painting “Andrei Rublev”. The tape on the painter planned to devote his shestisotletie, but before Soviet censorship, she spent three years in the archives. Authorities blamed the Director for the distortion of history, “the transformation of the peasant into the savage” and animal cruelty. Tarkovsky the artistic impulse sometimes went to drastic measures: burned alive a cow, and then forced the crew to reset mortally wounded, but still alive horse from the monastery stairs. The footage of the “Rublev” simultaneously shocked and enthralled the audience in Cannes, but at home about the film there were only rumours.

Out of favor and got the third film — a philosophical parable “Solaris”. Officials demanded to withdraw the idea of God, complained that people do not understand what is happening on the screen. The audience was more insightful than party bosses — in cinemas lined kilometer queue, and went to watch a movie in the province, where it was shown almost without corrections. Despite the global recognition, Tarkovsky lived almost in poverty — in his diaries, he complained that he could not pay for electricity and sits for months without work. Dealing with a terrible situation, he took off the other two paintings — autobiographical “Mirror” and the prophetic “Stalker”. “Stalker”. Turned out to be prophetic parable about the Chernobyl accident

His “Nostalgia” Tarkovsky went to Italy and never returned — in 1984, it is for the whole world announced that due to years of bullying remains in the West. The decision was not easy — the Soviet Union had a wife and son, who were released only when Tarkovsky was overtaken by lung cancer. He died 29 Dec 1986, and by the time from a young man screaming on happiness in the snow, not a trace remained. “This world is not a place where you can be happy — said the Director in one of his last interviews. — It was created to fight”. 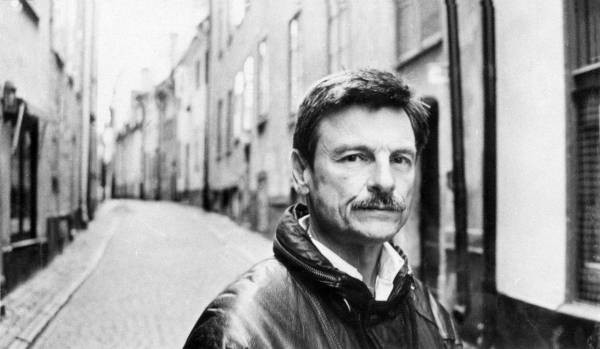 Italy has become the new home of the wizard

BLOOD: “DAD AS WHO LOVES YOU”

Stronger than anything Tarkovsky with Ukraine’s ties origin — for a very long time his ancestors first lived on the West of our country, and then moved in Yelisavetgrad (today onward). “Dad was originally from Ukraine, where he grew up and went through the civil war. Only 25 years old he went to Moscow to study. Loved the Ukrainian language, able to write and read, and even sang. And his aunt, our grandmother, was the first wife of the leading figure of Ukrainian domestic theatre, the playwright Ivan Karpenko-Kary”, — told us the Director’s sister Marina Tarkovskaya. The father’s leaving the family deeply wounded Andrew, leaving the rest of your life their relationship is in limbo. But despite this, they corresponded even after the decision Tarkovsky stay in the West. “Come back soon, son. Do not forget that abroad, in exile, the most talented people committed madness or loop. Dad Al, who loves you very much,” wrote his son Arseny Tarkovsky.

Your tyrannical approach to creating films of Tarkovsky and kept in working with actors. Alexander Kaidanovsky who played the Stalker, it is for a single frame for hours were forced to lie face in the puddle looking for the right angle. The actor, according to me, should be simple, forget the rules of theatrical psychology and believe in the Director as God. In his book, he wrote, “Actors are stupid. In my life I have never met a smart actor. Never! Was good, evil, narcissistic, humble, but smart never. Seen one intelligent actor in “strawberry glade” of Ingmar Bergman, he was a Director.”

But there were, however, exceptions. Among them, the young Nikolai Burlyaev, who played Ivan in the first film of Tarkovsky, Sweden Bibi Andersson and outstanding Ukrainian actor Nikolai Grinko. It was even called the talisman of Tarkovsky. Grinko is best known for playing the Professor in “the Adventures of electronics”, has played in five of the seven of Tarkovsky’s films. The Director saw in him a perfect image, the archetype of the father, and during the filming of “Ivanov of the childhood” learning that Grinko is resting in Kano, sent him a second Director and strictly ordered not to return without an actor. 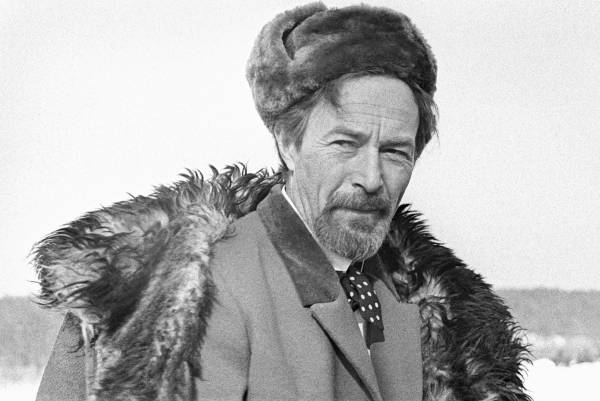 Was the epitome of fatherhood

“I MYSELF DO NOT UNDERSTAND EVERYTHING THERE”

Harshly criticized the Director and Soviet colleagues. The ekranizator “War and peace” by Sergei Bondarchuk in his interview he was sorry for the mediocre. Meanwhile, the picture brought the USSR’s first ever “Oscar”, and gathered worldwide box office of $700 million, and Tarkovsky in General, few who belonged to warm and special relationship deserved one.

For example, the Director Sergei Parajanov. His I thought was a friend, a real man and a wonderful Director. Of course, Paradjanov was not literally a Ukrainian, but his soul belonged to the “Nenko”. It’s not even in that 20 years he lived in Kiev and was introduced to Western film critics with the story of Mikhail Kotsyubinsky “shadows of forgotten ancestors”. Describing himself, Paradjanov jokingly said that he was “Armenian Georgian origin, who sat in a Russian prison for Ukrainian nationalism”.

“For dad Tarkovsky was the undisputed authority in the movie. Therefore, like himself. After the restructuring, the father went to the film festival in Lisbon, walked along the path, and people shouted at him, “Genius, genius!” he waved and said, “What am I, that Tarkovsky is a genius!” told us the son of film Director Suren Parajanov.

He met with Tarkovsky in Tbilisi on the New year: “whereas time out “Stalker”, and one moment, I do not remember what was incomprehensible to me. So it was that we are afraid sat at the same table. I, of course, asked me to explain, but he said, “Suren, you’re a normal guy. Drink wine, have fun, and I wasn’t all understand.” 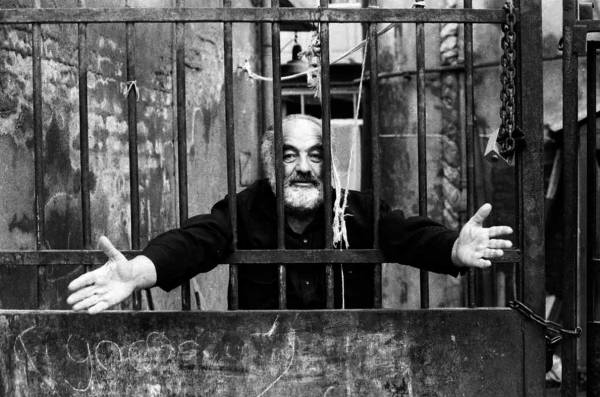 Parajanov. Considered Tarkovsky’s indisputable authority and was friendly with the Director

“EARTH”: “AS A MEDICINE, BEFORE EACH SHOT”

Sister Tarkovsky told us about another fact, which is already in the creative line connected Tarkovsky with Ukraine. “He was just crazy from the works of the Ukrainian Alexander Dovzhenko. His “Land” he was looking every time before you start shooting another picture. As a drug, before food,” says Marina A.. Tarkovsky believed that if I had to compare his style, only with the works of Ukrainian masters. “Dovzhenko the only truly Ukrainian, folk artist, reveals the soul of his countrymen and made me, together with Gogol and Shevchenko, to love Ukraine and its people,” wrote the master in one of the Soviet Newspapers.

But such kind words for Tarkovsky was a rarity — he often scolded colleagues than praised. The nuts have got even recognized geniuses like Fellini, Coppola, Kubrick. “I tried to watch in the cinema film “Manhattan.” Left after the first half. Tedious to outrageous, and terribly unlikable actor who wants to look irresistible,” wrote Tarkovsky in his diaries about one of the most high-profile films, acclaimed master of Comedy woody Allen.

His last film made in the Soviet Union, Tarkovsky firmly connected with one of the worst pages of our history — the accident at the Chernobyl nuclear power plant. “Stalker” is loosely based on the Strugatsky’s novel came out six years before the catastrophe, but looked like it was filmed after — it and mysterious Area, and apocalyptic footage of operating power plant in the final. About the accident, the Director learned, already struggling with the disease, and took the incident to heart. He did a very scary attitude to nuclear energy and believed that the world is not ready for it.

“We used to think that the war will start in the moment when you press the first button and the first bomb will explode. But the trouble is that a New War, a Nuclear War had already started when Oppenheimer detonated his bomb at the test site. And mankind is not ready mentally for the safe use of nuclear energy. And while it will learn safety the world will be destroyed”, said Tarkovsky. This fear he kept to the end of life and put their feelings in the last movie “the Sacrifice”. Removing it, he already knew that he was terminally ill, and therefore worked on mystic tape without delay. “The sacrifice”. Saturated with fear of nuclear war