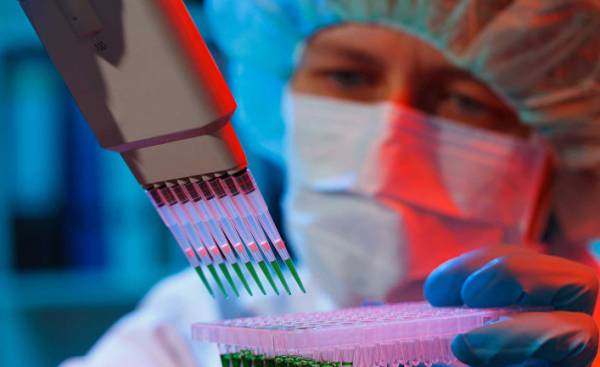 More than 1.5 million highly qualified Russian specialists are currently working outside the country, said recently by a senior Russian official, but there is reason to believe that the real figure is several times higher. And in recent years, the pace of migration has increased dramatically, which is a threat to the future of the country.

In 2014 started a new massive wave of emigration from Russia when it left the country of 310 thousand people, which was at that time the highest figure for the entire period of the reign of Russian President Vladimir Putin, according to data of “Rosstat”. Then, in 2015, Russia still left 353 thousand people.

Russian Deputy Prime Minister Olga Golodets, who oversees social unit, recently reported that “according to various estimates, the Russian Federation employs more than 1.5 million Russians, with Russian passports, good training, absolutely competitive frames. Today it is difficult to find a University in the world company, which are not present Russians, where the Russians do not work, and this is a dangerous trend.”

Meanwhile, the report of the Committee of civil initiatives (CGI) “Emigration from Russia in the late XX — early XXI century” believe that these Russians many times more.

“From 1989 to 2015, according to Rosstat, the Russian Federation has left about 4.5 million people. According to foreign statistics for the year 2015, [only] the most popular among Russians countries are home to about 1.5 million people, citizens of Russia. This is without taking into account already received the new citizenship, illegal migrants and those who actually live “in two countries”, having the Russian citizenship, entering on visas. Based on official information from foreign statistical authorities, we can say: to get a realistic idea about the scale of emigration from Russia, the annual data of Rosstat, it is necessary to adjust 3-4 times in the direction of increasing”, — stated in the OIG’s report.

This difference in figures, statistical services of the Russian Federation and the EU can be explained by the fact that there is a large stratum of Russians travelling abroad temporarily or for permanent residence, but not covered in the statistics, because, for example, many are not removed from consideration in the Ministry of internal Affairs and does not rise to the Consulate.

Moreover, this process is not ended, because the flow of people leaving to join the mass of other Russians. “The share of those who have high migration, varies from 8 to 23% according to sociological studies, the highest rates among young people and middle-aged people with higher education living in large cities,” added the authors of the OIG’s report.

Deputy Prime Minister Olga Golodets expressed the view that the brain drain abroad is due to low wages in Russia. “If we are underpaid, but the market is open, we encourage our young people, the most creative and mobile workforce, to leave Russia,” she said, urging business to create high performance places to highly qualified specialists can implement themselves.

However, experts have called for other reasons. In particular, according to the authors of the OIG’s report, the main cause of emigration is dissatisfaction with the prospects for the growth of material wealth, social status, personal and economic security.

A similar view was expressed by the Professor of political psychology of St. Petersburg state University Alexander, Konfisachor who believe that in Russia for scientists limited opportunities for self-realization. “If we give money to science, the required result. And science — something very unpredictable. In theory it seems that work, but in practice does not work. They (abroad) if you made a discovery, well done, if not, at least tried. And of the five projects, if one is implemented, then fine, but our logic is different: if you did not, then all the scientist almost in the black list,” said Konfisachor.

Vice-President of Russian Academy of Sciences, Nobel laureate in physics Zhores Alferov noted in conversation with journalists that “the main problem of Russian science is not the low funding, and lack of demand of scientific results economy and society. And this is the main problem not only of science, but of the whole country.”

As reported in an interview with “Novye Izvestiya” in early March, the head of the chamber of Commerce and industry of the Russian Federation Sergey Katyrin, leaving business representatives, “which has already taken place, succeeded, felt, how to work, and tried some things. Abroad they find themselves and, accordingly, taking their experience and entrepreneurial talent.”

According to information from the annual reports of The Wealth Report of Knight Frank, in the years 2014-2016 from the Russian left about 6 thousand dollar millionaires.

Moreover, the outflow of experienced and talented members of the business obviously will not stop, because immigration sentiment among them particularly strong. The study of the Moscow recruitment Agency “Contact” revealed that “one in six top Manager of the Russian companies leaving the country in the next two years”, and “intention to emigrate in principle, there are 42% of top managers”. The study was conducted among almost 500 top managers.

The Exodus of skilled professionals, scientists and businessmen poses a serious problem for the development of the Russian Federation, because these frames are necessary for the country to become “a great power from an economic point of view,” he said at a meeting this month the round table expert “Atlantic Council” Alina Polyakova, adding that in recent years the rate of outflow has increased significantly. “We suspect that this problem will become the number one threat to Russia,” she said. 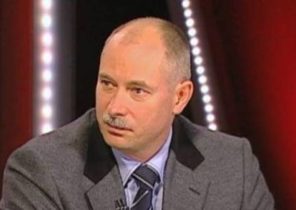