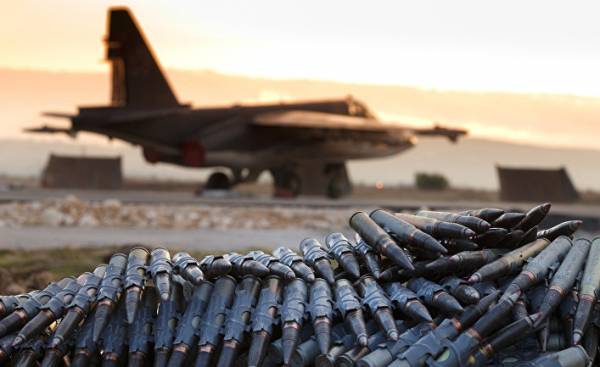 It would seem that today Russia plays the leading role in solving the Syrian issue, and therefore can position itself as one of the players depends on how the current situation in Syria and the future of this country as a whole. Russia has a lot of weight at the regional level, since it affects the Assad regime and the military-political opposition. In addition, it occupies a dominant position in the coalition, including Iran, the Syrian regime and their subordinate forces, and is a leading player for the other parties to the settlement of the Syrian crisis. However, despite all of the above, today Russia is in a state of confusion. Probably for the first time after she was on the side of the Assad regime in 2011, and then increased the scale of military intervention in Syria at the end of 2015 to avert the defeat of the Assad regime in the fight against the opposition.

This confusion is the result not only of weakness but also strength. The complexity of choice of actions in the conditions of high uncertainty that leads Russia into confusion. It’s not like that currently, Moscow is able to overcome these difficulties, on the contrary, most likely the period of uncertainty drags on. And while Russia has not found a clear solutions to its problems, it has many political and military resources.

Before to pass to consideration of options that may help Moscow to withdraw from the state of confusion, it is necessary to assess the scale of the Russian presence in Syria and around it. The most important fact here is that Russia is a major player in the Syrian arena. On the one hand, it is a crucial ally of the Assad regime and Iran, which is subject to Shiite militia groups, especially the Lebanese Hezbollah. On the other hand, over the past two years with military base Hamim Russia has not only established contacts with local influential individuals and organizations, but also with representatives of the opposition forces. In this regard, we can mention the Syrian party “Democratic Union”. In addition, with the participation of Turkey, Russia has established contacts with the main forces of the armed and political opposition. Thanks to all this, she became the player with the greatest influence on the situation in Syria.

From the point of view of military power, Russia takes the leading positions in Syria. She has an air base in Hamima, its soldiers are present at all air bases controlled by the Assad regime. Also Russia has a naval base in Tartus, not to mention the many small bases located along the coastal strip, where the Russian specialists and soldiers. All this power was demonstrated by Russia in the course of mass destruction in the battle for Aleppo at the end of last year, where she sought the return of the city under the control of the Assad regime.

In parallel with the presence in Syria of a growing weight of Russia at the regional level. In addition to close ties with Israel, through which the parties can be called allies, coordinating their policies in Syria and around it, Russia has strong relations with Jordan to the South, Iraq to the East, and Lebanon in the West. This fact guarantees taking into account the Russian position, requires consideration of its interests in the political calculations of these countries. The latter also hold consultations with Moscow in connection with what is happening in Syria and the surrounding countries. In addition, in recent months, Russia began to develop its relations with Turkey. This was preceded by a period of fierce struggle between the countries that began the destruction of the Turks of the Russian plane in response to Moscow’s intervention in Syria in 2015. The parties have made cooperation on the Syrian issue, despite the differences that ultimately allowed Russia to continue participation in the Syrian conflict. In General we can say that it was surrounded by Syria from all sides for her own good, although some gaps still there.

The third and last point that should be noted in relation to the role of Russia in Syria and around it, linked to its relations with the great powers possessing the largest weight in world politics. Russia and China have similar positions on the Syrian issue, as evidenced by the repeated use of the double veto of draft resolutions of the UN Security Council, one of which was imposed recently, a few weeks ago. As for the US, today the American position on the Syrian issue different from the position of Moscow. Washington mentions the possibility of military intervention in Syria, allowing Russia room to maneuver and resulted in the silence of Europe, which is not surprising, because Europe is not doing anything without the permission of the United States. There is no doubt that the silence of the European countries concerning the current situation in and around Syria — a consequence of the fact that the administration of President trump has not yet taken a clear position on the Syrian issue, although there are some signals that it will be significantly different from the position which the United States adhered to during the period of the Obama presidency.

Moscow reached the most important of its goals in Syria and in the region as a whole, namely the strengthening of the Assad government (to an extent), the conclusion of guaranteeing the impact of the agreements, creating its own military bases and penetration in the Syrian internal structure, as in the sphere of politics and security. At the same time, Russia is concerned about the situation of their allies, competition with them, as in the case of an Iranian ally who is committed to absolute domination in Syria, as well as experiencing fear of the future, as the regime of Assad, who is afraid that Russia will cease to support it.

Russia faces a choice — leave everything as it is, that is, to support Iran and Assad regime in the Syrian conflict, or to achieve the settlement, so that her interests were protected. The latter cannot be achieved without taking into account the interests of other parties. Anyway, Russia can not long remain in a state of confusion, especially when you consider the fact that Washington soon have to state its position on the Syrian issue.