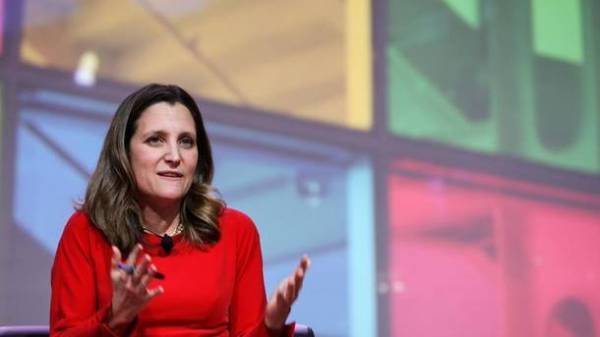 The Minister of foreign Affairs of Canada Chrystia Freeland said Canada supports Ukraine and will not tolerate the illegal actions of Russia in the Donbas and in the Crimea.

About this Freeland reported on the results of the meeting in Brussels of foreign Ministers of countries-members of NATO.

“NATO reiterated that the illegal annexation of Crimea and violence in the Donbass cannot be tolerated. Canada remains with Ukraine,” – wrote in his Twitter Freeland.

In mission of Canada to NATO, said that the meeting in Brussels are searching for a common approach of the countries – members of NATO to Russia.

“Deterrence and dialogue are the key for the Ministers”, – said the representative office.

We will remind, earlier the Parliament of Canada has offered to give weapons to Ukraine.