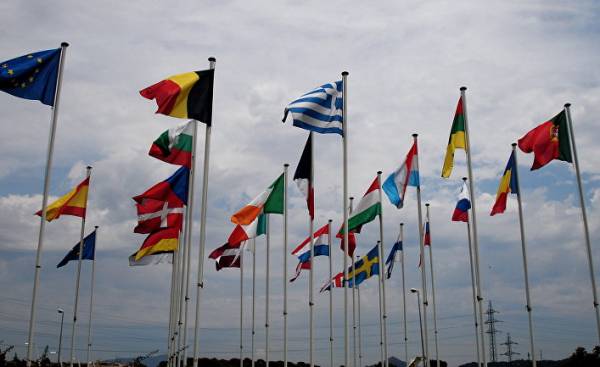 The European experiment is 60 years old. Thus, on 25 March 1957 France, Germany, Italy, Belgium, Luxembourg and the Netherlands signed the Rome Treaty on the European economic community. Was created by the European Union, around which the United European state. In subsequent decades, six countries-participants of club in Western Europe developed an organization, and now it affects the lives of more than 500 million people and covers 28 countries. Of course, the Treaty of Rome led to the creation of the largest trading bloc in the world, but also created the institutional model, which shows obvious signs of fatigue, telling in its report, the experts of the American private intelligence and analysis company Stratfor.

The Treaty of Rome and the covenants that preceded him in the early 1950s, was developed with the same intention: to answer the “German question”, i.e. to consider the role of Germany in Europe. Before the creation of the European economic community had proposed three projects that were devoted to defence and security in Europe. They were proposed by France, and dictated by the consequences of 75 years of military aggression of Germany, which ended the Second world war, reminiscent of Stratfor.

In 1950, the French government promoted the idea of a European defence community with the aim of creating a pan-European armed forces. France, West Germany, Italy, Belgium, the Netherlands and Luxembourg signed the Treaty on the establishment of the group in 1952, but after the French Parliament failed to ratify it, the project was terminated in 1954. The same group of countries established the European coal and steel community in 1951, which France had hoped to use to limit production of steel in Germany and get some control over the supply of coal, and Germany needed fuel for its economy. Six years later they also founded the European atomic energy community to expand nuclear cooperation. (The Euratom Treaty was signed along with the agreement of the European economic community, causing some historians of the EU called them “Roman treaties”).

The foundations of European integration

The Foundation of the European project 1950-ies was a concept of functionalism or the idea that national governments should gradually transfer the prerogatives of the different policy to the supranational structures that are managed by technocrats. This ideology has had a significant influence on the European project. The assumption that supranational managers are more effective than national governments, have raised questions about the democratic legitimacy of European institutions. Over time, European leaders began to work to strengthen the role and powers of the European Parliament, as the only international organization whose members are elected by direct vote, thus attempting to strengthen the legitimacy of the European Union.

Moreover, the European institutions had to be independent from national governments, at least on paper. Continental authorities considered this principle as an excuse to extend his own power over the areas that the contract does not necessarily explain. A significant role in this process was played by the European court. His resolution increased as their powers and the powers of the European Commission, creating a new political and legal realities, which in many cases national governments have ratified only after the fact.

Member States often took these changes, although reluctantly. For example, France has temporarily withdrawn its representatives from the European Commission in 1965, in protest against the Commission’s plan to create its own financial resources, thereby reducing its dependence on contributions from member States. The European court and national constitutional courts, in turn, fought a long legal battle over whether or not the place of the European legislation or national legislation.

A tug of war between national and supranational authorities has led to the introduction of the Council of Europe in the 1970-ies. What was originally conceived as an informal forum that allowed the Chancellor of the West German countries and the President of France to discuss continental issues a formal Institute that includes leaders of each of the member States of the bloc. While the European Commission is responsible for the daily running of the unit, difficult political decisions have on the Council. In many ways, the history of the EU can be seen as a constant attempt to find a balance between sovereign States and institutions. Despite this, accusations that the unit is governed by unelected technocrats in Brussels, remains a strong argument of many political euroskeptic parties.

The legacy of the Treaty of Rome

The political process that began with the Treaty of Rome led to date to the most dramatic restructuring of the European unit. The Maastricht Treaty signed in 1992, is the ideological heir of the Treaty of Rome, extending the idea of a United Europe. The Treaty was submitted for consideration of the question of Germany’s role on the continent, helped by the reunification of the country in 1990. Many of the provisions of the Maastricht Treaty was aimed at the final dismantling of the nation state in favor of supranational structures, but the most radical innovation was the introduction of the Euro. But the decision on promotion of the Euro was a purely political one. The governments and institutions of the EU believed that the progressive European integration will solve the weaknesses of the Eurozone.

Stratfor analysts say that the reunification of Germany made France more seeking to ensure that Paris and Berlin were so closely connected political and economic structures and that another war between them would be almost impossible. After considerable political debate, Germany decided to abandon the German mark, but only after receiving assurances that the European Central Bank will be modeled on the Bundesbank. They wanted the overall goal was to keep inflation at a low level, even at the expense of economic growth.

When the debt crisis finally exploded, the Nordic countries refused to become lenders of last resort to its neighbours in the South. In the end, the aid was granted in the form of loans that had to be repaid, and the austerity measures that came with it, turned recession into depression.

A crisis of confidence

The financial crisis has undermined the credibility of the European project. Public opinion polls show that most Europeans still want their country to stay in the Eurozone, although the strength of support varies widely: from about 80% in countries such as Luxembourg to around 50% in Italy. In many cases, support for the single currency — is not so much the uncovering of a wider European identity, how the fear of the potential consequences of exit from the currency zone.

This represents a fundamental problem: for most Europeans, political loyalty ends at the national level. Moreover, the European crisis led to nationalist sentiment, which for six decades, continental integration has failed to repay. Many of the 500 million people who are under the direct influence of the European Union, continue to view the unit as an external and remote power, and complex bureaucracy of Brussels and often opaque arrangements are not conducive to the growth of confidence in him.

The Treaty of Rome marked the beginning of a political process that in the subsequent 60 years have contributed to the pacification of the continent, economic liberalization, democratization in southern and Eastern Europe and the erosion of barriers between societies and countries. For all its faults, many countries outside the European Union seek to accede to it. But at the same time, the Treaty created the founding myth and ideological structure, which has often led to imperfect political, economic and institutional results. Stratfor analysts say that the forces of anti-EU is still not strong enough to take control of the national government, but the underlying factors that led to their emergence, will continue to threaten the continuity of the block. Even without euroscepticism, high debt levels in some member States, weak banking sector in other and irreconcilable differences between the North and the South will continue to cause problems.

Because the United Kingdom voted to leave the European Union in June 2016, EU leaders seem to accept the fact that earlier approaches to the process of continental integration did not take into account the geography, which have made Europe a natural fragmented place where the attempt of federalization extremely difficult to implement if not impossible. Recent proposals for the revival of old ideas about multi-speed Europe, which would not require the convergence of all member States, are an unusual manifestation of pragmatism amongst the European elites. Sixty years after the Rome Treaty, the European Union remains proud of its past but it also still not sure of his future. 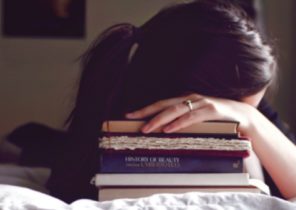