“European policy, it will continue after me, as he was begun to me, maybe differently, but in the end, the story requires. Made by us must and will continue. (…) The first overall victory is a victory of Europe over myself. (…) We create Europe, love our country. Let us stay true to ourselves. Linking the past and the future, we can safely pass the baton to those who follow us” (françois Mitterrand, Berlin, may 8, 1995).

8 may 2020 was the 75th anniversary of the armistice of 1945. Like all the other ceremonies at this moment, the Victory celebration is held in Paris in a narrow range due Covid-19, although it should have been a great national holiday.

At 2 a.m. on 7 may 1945 in Reims was declared the unconditional surrender of the German army. Then the surrender was signed again in Berlin at the insistence of the Soviet Union, who rightly wanted to do this in the German capital. The signing took place at 23 o’clock on may 8, 1945, but in Moscow at that time was already one o’clock, in connection with which the Russians still celebrate the Victory 9 and not 8 may. By the way, combined with may 1, this gives Russia the may holidays, which are similar to our Christmas.

I believe unfortunate diplomatic error the refusal of President Francois Hollande and his Prime Minister Manuel Valls (Manuel Valls) depart 9 may 2015 in Moscow to celebrate the Victory over the Ukrainian crisis, although Vladimir Putin arrived in Normandy on the 70th anniversary of the landing of June 6, 2014.

In France, the celebration of 8 may was initially regulated by the law of 7 may 1946, which established the anniversary the second Sunday in may. Then law No. 53-225 of March 20, 1953 set a may 8 public holidays (but not weekends) during the day, but this was abandoned in 1959. Why? Because of the coming to power of de Gaulle, who for the sake of reconciliation with Germany has decided to send under a bushel any sources of friction, which contributed to including 8 may.

By decree of April 11, 1959, the ceremony may 8 was postponed to the second Sunday in may (as from 1946 to 1953) with the abolition of the festive status. Then de Gaulle eased restrictions on approving the celebration on may 8, but in the evening (decree of January 17, 1968). Once again, the desire to strengthen friendly ties with Germany, President Valery Giscard d’estaing abolished the celebration of 8 may 1975.

François Mitterrand, newly made 8 may day holiday (act No. 81-893 of October 2, 1981) that in some way “cut” may, taking into account a number of holidays. Depending on the year in addition to 1 and 8 may, this month could mark the Ascension and whit Monday (usually in June than in may). Even the most hardened atheists hold tight to the these Catholic weekend, but their social value, unfortunately, is only to increase the number of accidents. In 2020 everyone is different because of the coronavirus.

When Francois Mitterrand Victory celebration, 1945, ceased to be incompatible with the friendship with Germany, for one simple reason: Richard von weizsäcker. The German President delivered an historic speech in Bonn on 8 may 1985 on the 40th anniversary. First German official held the border between Germany and Nazi Germany Hitler: “This day delivered us all from the system of national socialist tyranny, which was created with contempt. (…) We should not see the end of the war as the cause of the Exodus, expulsion and deprivation of liberties. The reason rather lies in the beginning of the war and tyranny that led to the war. We have no right to separate may 8, 1945, from January 30, 1933.”

Finally, in the French tradition there was one “innovation” since 1995. It is also related to Francois Mitterrand.

In connection with the death of Georges Pompidou for the presidential elections in France occurred in may (second round) as the beginning of the term of the new President (until the resignation of de Gaulle elections were held in December). I think that we have become so accustomed to the spring presidential elections (they are definitely more optimistic than the campaign in the middle of winter) that if the President ahead of time will give up his office (due to resignation or death) in the summer or fall, we will invent a law to move the chart in the spring of next time (valéry Giscard d’estaing has already endured it for a month in 1981).

And here presidential election? The fact is that since 1995, second round held until may 8, (in 1988 it was held on 8 may, which are likely to be repeated in 2022), and the work of the new President began after that date. At the re-election of the President, there is nothing unusual, but if it changes, then there is just the two heads of state at a ceremony.

Until 1981 we had no transfer of power from outgoing President to his successor, due to the resignation of de Gaulle and the death of the one who took the post after it. Valéry Giscard d’estaing could act like de Gaulle, that is to go without a transfer of power, but he sought to establish a state of continuity, and despite all the insults that fell upon him when he left the Elysee Palace on may 21, 1981, he was happy to create a new Protocol for the peaceful transfer of the Republican government from one President to another.

In 1995 françois Mitterrand gladly took the place of Jacques Chirac. Although Mitterrand was a bitter rival to Chirac for the past two decades, he was glad that transfers power to him, and not his former Prime Minister Edouard Balladur (Édouard Balladur), which is too much pull the blanket up and took the initiative in military and diplomatic sphere.

The ceremony of transfer of power on 17 may 1995 was highly Republican (this time there were no insults to the old and ailing President), and Mitterrand even invited the successor in a ceremony may 8, 1995, immediately after his election.

The image of Mitterrand and Chirac together commemorated the victims for the sake of freedom and victory over Nazism soldiers on the 50th anniversary of the Victory, became such a powerful national symbol that their successors followed this example: Chirac, Sarkozy was invited to the ceremony on 8 may 2007, Sarkozy invited Hollande on 8 may 2012, Hollande has invited the Macron may 8, 2017.

By the way, last day of work Mitterrand was very busy, because after the parade on the Champs Elysees may 8, 1995 in the presence of Jacques Chirac and many foreign guests (including Helmut Kohl), he went to Berlin, where he spoke last presidential speech: “I came to you to celebrate on 8 may 1945, as did the President and the Chancellor this morning in Paris. I would like to deepen the perception of may 8, because, I think, our boys will be surprised to see the meeting of so many Nations that in the past killed each other at the celebration event, which mixed victory and defeat, and where all count and mourn the dead, sometimes forgetting that this death gave rise to the realization that our civilization can do what it needs to refrain what you need for the future and that it is impossible for him. In other words, this awareness is called the triumph of life.”

Then his speech resolutely turned towards the European construction: “I went through all the stages of construction of the European Union (…). I also went through the war and know that my country had to move forward to victory detours. Across the English sky, the African wasteland, Russian vast expanses and heroism, new American world, which came to the aid of freedom where it was lost or was in danger. My country was defeated and occupied, but came to victory with allies and through them, and through the rebellion of body and spirit in the face of horror of the concentration camps, the Holocaust, and abandonment of all human values and virtues”.

As already mentioned, this year we have a special may 8, because the French people can not accompany the authorities in commemorative events that have been minimized because of the isolation. Emmanuel macron put the invitation successors (such Republican provision exists for several decades). Nicolas Sarkozy and Francois Hollande took him.

Do I need to leave on may 8 a holiday? Or merge it with the Russian may 9? I played for 9 may, albeit for a slightly different reason… 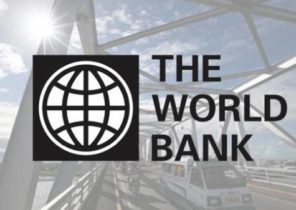 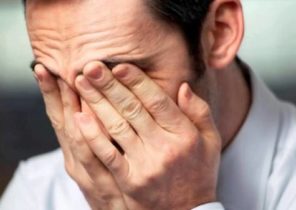