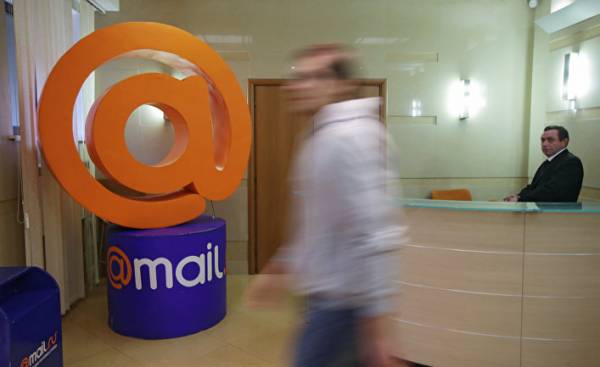 Don’t know about you, but I was right, very funny to watch the treatment of Ksenia Sobchak to the President of Ukraine Petro Poroshenko. Immediately I remembered: “This thing stronger than “Faust” Goethe.” And Bulgakov’s “Abyrvalg” something there is, “Sharikov”, in this story, gut-wrenching topsy-turvy obvious…

It Sobchak, for me, was anecdotal of teletovic, Alisher Usmanov, Alexey Navalny, or a lot poveselitsya me another pearl of Sergei von Ribbentropa Lavrov about “visa discrimination against” residents of the Crimea.

Kseniya A. was ridiculous not only in its appearance — for my taste, not in such a dress, the speech, the Prosecutor’s filled with pathos — and not only because of its categorical (none turnover like “I think”, “I believe,” etc. — no doubt in their rightness).

The funny thing is, I think, the inappropriateness and inadequacy of the genre in which he made a popular TV presenter.

Xenia Anatolevna can sympathize — she was for many years unable to get rid of poisonous marker who marked it the mistress of the “House-2”, even if it was just a mistake of youth. Does not work conscience the image of a socialite, darling of glossy magazines, the successful restorators and Putin’s goddaughter with a new role of leading major programmes of the opposition with a slight twist. However, as the proverb says, eat fish, and the tram ride is hardly possible.

Anyway, for comparison, just imagine how Ksenia Sobchak drawn, say, to the President of the United States Trump with criticism about his decision to dismiss the Director of the FBI James Komi? Or even, for some occasion to the President of France, Prime Minister of great Britain?

Or — deep neckline — sermonize Angela Merkel for what she had received in the suburban residence of the suppressor of Internet freedom Poroshenko?

By the way, the funny thing is that the meeting between Merkel and Poroshenko in the castle Meseberg took place on the same day, when the Board publicly to frighten Peter, that now it is in a decent society will not accept, and certainly the Chancellor of Germany for sure will turn on him.

However, God is with her, with Ksenia Sobchak.

Right, perhaps, those who say her performance is only coldly calculated publicity stunt by which scandalous the media personality managed to become for a few days almost the main character in the Russian and Ukrainian segments of the Internet and to regain fading public attention to his person. Help here Sobchak my intention definitely is not included.

To act as the lawyer of the Ukrainian President Petro Poroshenko I’m not going to. Poroshenko — not an angel. He, like any politician, makes mistakes, makes decisions, often aroused sharp criticism. On the other hand, is not wrong and does not fall under the fire of criticism the only one who does nothing. And the higher the position, the more loneliness and higher risks.

Here is the decree Poroshenko about the ban on Ukrainian territory Yandex, the Russian software, social networks “Vkontakte” and “Classmates”, the mail server mail.ru caused a storm of controversy in the Ukraine. Someone supports, someone is harshly criticized.

Someone even claims that a ban on Russian social network by the President of Ukraine allegedly trying to silence critics of its popular bloggers.

Thus, returning to the question of banning Russian sites, my attitude to this decision is ambiguous.

First, my personal rights, it did not infringe.

At that already distant day when I first started to use e-mail, internal voice said to me: “since it is compulsory, create yourself a mail-box on any other server that is not in Russia, where they like to spy, eavesdrop, read other people’s letters”. Never give it is wise decision not regretted. This is the Mail.Ru.

The account in the “Classmates” I long ago started out of curiosity, but meaningful level of communication in this network was, to me, the floor, and I have many years back never came.

“VKontakte” did not use never — especially in connection with the story of Pavel Durov, the founder and co-owner of the network that was forced to resign as CEO of the company, to sell a stake in this business and to go into exile after, in December 2013, he refused to give the FSB the information about organizers of the group “Euromaidan.”

By the way, another detail that doesn’t inspire any sympathy with the “Vkontakte” — Durov was appointed the son of the chief leader of Russian media propaganda, Oleg Dobrodeev, the young Boris Dobrodeyev. And in October last year Dobrodeyev, Jr., became CEO of the group Mail.Ru holding “Vkontakte”. This is one of the most egregious examples of unbridled nepotism that flourished in today’s Russia, where the offspring of the members of the “inner circle” of Putin — Sechin, Patrushev, Bortnikov, Fradkov, Ivanov, Rogozin, Murov and others like them occupy high positions in the privileged banks, corporations or government agencies.

In support of the restrictive measures of the Ukrainian authorities can not say: I have long been shocked that some Ukrainian politicians, political consultants, public figures still use mailboxes on the server mail.ru — well, do they know nothing about how easily the Russian intelligence services can obtain access to their correspondence?! Or they didn’t hear anything about what a scandal erupted in the United States due to the fact that Hillary Clinton used the “wrong” mailbox?!

And electronic espionage through the Internet, using all sorts of gadgets — not a fruit of the inflamed consciousness of fans of conspiracy theories. Otherwise we wouldn’t be cell phones at the entrance to some institutions with a regime of high secrecy around the world.

On the other hand, with regard to the social networks of Russian origin, I rather agree with those Ukrainian commentators, who say that social media is only a tool. The knife — not necessarily the murder weapon.

I liked how one of the critics of the decision to ban Russian social networks compared them to the autobahns that Hitler had built before the second world war. Yes, it the Wehrmacht rapidly moved his troops to the East. But then at this first-class roads as rapidly develop the offensive on Berlin, the Soviet army. Do not deprive yourself Ukraine, fenced off from “Classmates” and “Vkontakte”, the possibility of response influence on Russian public opinion?

Probably right, those who say that restrictive measures should be prepared. As a minimum, to inform the public about all possible risks, which entails the use of the Russian anti-virus programs and other software, mailbox and social networks. So to speak, loosen the soil in order for the people calmly took appropriate decisions.

However, Ukraine quietly survived the ban on Russian TV channels. Ukrainians are not tearing their hair out due to the fact that many Russian artists used to periodically make a “Sanchez” in the cities and villages of Ukraine, now do not give there to tour. One of the anti-Ukrainian statements. Others — due to the fact that ignored repeated warning: who goes to the Crimea as Russian territory, deprived of the right of entry into Ukraine.

Finally — although this is a slightly different topic — getting from the EU a visa-free regime, Ukraine sailed farther from the Russian Imperial mainland.

That’s why, by the way, Lavrov in a state of extreme irritation carries all sorts of nonsense about “visa discrimination” — the problem is obvious: the Crimean retained the citizenship of Ukraine, rushed to the mainland for the Ukrainian biometric passports. First step is the hardest — I will go once or twice in Garou, you see, will begin to wonder what the ass was.

To sum up, I must make one very important disclaimer. I have nine years living and working in Ukraine. For the nine years from my mouth, from my pen don’t have any anti-Ukrainian text. I wish with all my heart that, despite all the difficulties, malicious or inadvertent mistakes of politicians and officials, Ukraine, eventually, became a successful and prosperous European country.

But I still don’t consider it a valid public indignation those or other decisions of the Ukrainian authorities about Russia, some prohibitions of “black lists”, to be angry, to resent, perhaps, it is unfair verbal attacks of the Ukrainian politicians, public figures, journalists, and bloggers about the fact that “all Russians are tarred with the same brush” that “the liberalism of Russian opposition does not extend beyond the Ukrainian border”.

Because as long as the country whose citizen I am, waging an undeclared war against Ukraine, I, alas, do not have the moral right.