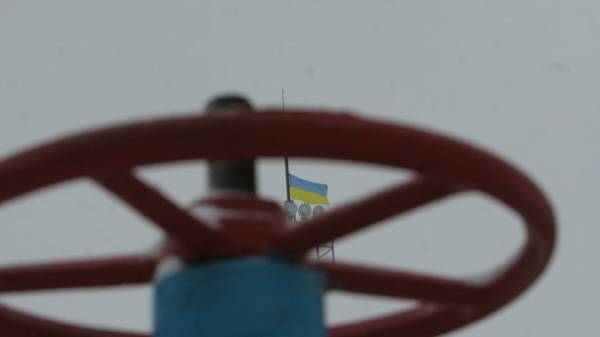 In April, Ukraine could receive the first decision of the Stockholm arbitration the claim to “Gazprom” on the gas contract, which in 2009 agreed to Tymoshenko and Putin. Also in Stockholm is the second claim of “Naftogaz” for the transit contract. “I expect that Ukraine will win the Stockholm arbitration court, Moscow and cancel extortionate contract. Not chatter, but a strong legal judicial action. Prove that Gazprom is supplying gas at inflated prices and will reduce these prices,” – said Petro Poroshenko. If “Naftogaz” will win the court, “Gazprom” will have to pay about $50 billion for the Russian gas at an inflated price and the shortfall in transit. In “Naftogaz” expects to win, otherwise he’ll just go bankrupt. Experts and lawyers assess the chances of the Ukrainian side as high. But be warned that even if the Stockholm arbitration court and recognizes “Naftogaz” winner in the dispute, “Gazprom” can refuse to comply with the court’s decision. 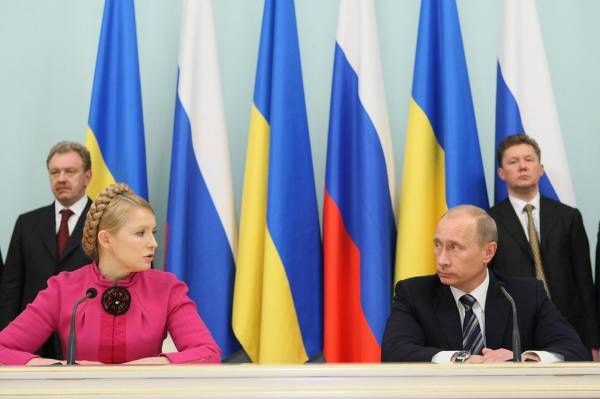 19 January 2009. Tymoshenko and Putin agreed on a gas contract with “take or pay”. AFP photo

Suing for what? “Naftogaz” to “Gazprom” legal proceedings in the Stockholm arbitration in the summer of 2014. The Ukrainian side had filed two lawsuits. The first concerns the contract of sale and purchase of gas from 2009. On the terms of the contract were agreed by the then Prime Minister Yulia Tymoshenko and Russian President Vladimir Putin. “Naftogaz” requires a review of prices and compensation for the Russian gas at an inflated price. The amount of the claim of the Ukrainian side on the first claim – about $17 billion with interest. The NAC explained that the contract has a clause stating that the Ukrainian party may raise the issue of revision of prices, but since 2010, “Gazprom” made concessions.

“The company claims that it has the contractual right to require revision of the contract price to bring it to market level. Management believes that at 31 December 2015 the company has paid all its liabilities for delivered within the 2010-2015 gas”, – is told in the statement of “Naftogaz”.

“If you look at the statistics of how changing dynamics of gas prices on the European spot under long-term contracts “Gazprom” for European consumers, it is evident that the price of gas supplied to Ukraine to Naftogaz, was higher. With the exception of the first year of the contract, when the contract formula did not work, as “Gazprom” in 2009, established a special (reduced) price for the period up to the 2010 presidential elections in Ukraine”, – wrote in his blog for “Today,” Mikhail Gonchar, President, Center for global studies “Strategy XXI”.

The second lawsuit against Gazprom in the Stockholm arbitration “Naftogaz” filed 13 October 2014. He’s underpaid for the Russian monopolist the money for transit of natural gas. “The contract “Gazprom” noted that will to transit at least 110 billion cubic meters of gas a year, and never once this contract the obligation is not fulfilled. Moreover, the reduced volume of transit is more than half,” says Michael Potter.

The amount of the claim of the Ukrainian side on the second claim – about $12 billion with interest. According to the commercial Director of “Naftogaz of Ukraine” Yuriy Vitrenko, according to the terms of the contract, the Ukrainian side also had the right of revising the transit rate, than the “Naftogaz” and got: transit rate increased from $2.7 for the transportation of thousand cubic meters to $4.5.

The counterclaim to “Naftogaz”, “Gazprom” requires about $50 billion for gas, supplies of which he didn’t fulfill, but which were charged on the principle of “take or pay”. According to Yury Vitrenko, the contract does state certain minimum volumes of gas that need to purchase Ukraine. But, according to analysts, in the same contract is not recorded, the mechanism of applying the principle “take and pay” as, for example, in similar contracts of “Gazprom” with Western companies. So here is to predict the verdict of the Stockholm arbitration is extremely difficult.

The timing and chances? Oral hearings on the dispute between “Naftogaz” and “Gazprom” in the Stockholm arbitration, which lasted two weeks, ended on December 5, last year. According to reports, the NAC, the parties made reports on their legal positions, the cross-examination of witnesses and experts.

The decision of the Stockholm arbitration on the contract of purchase and sale of gas is expected before the end of April. In “Naftogaz” I hope for a positive verdict Themis. If the arbitration will be on our side, we will be able to achieve the revision of prices for Russian gas and compensation for the overpayment to the Russian gas at an inflated price in 2010-2015. Moreover, according to the people’s Deputy from “Radical party”, member of parliamentary Committee on questions toplivno-a power complex Yury Chizhmar, if the Stockholm arbitration court has obliged Russia to reduce the price of gas, the people’s representatives will contact NTRAK, with the requirement to reconsider tariffs for gas for the population. On possible decrease in gas prices for households in case of winning in arbitration, said the head of “Naftogaz” Andrey KOBOLEV. Theoretically, experts and analysts also admit the possibility, but I warn you, what to expect from the Kremlin’s short-term concessions are unlikely to have.

The lawyers also point out that the more powerful the position of “Naftogaz” is on the issue of cancellation/amendment of certain provisions of the gas contract. “More favorable will be the situation in which the decision in this part, the arbitrators will make in a manner that would not involve the participation of Gazprom in the execution of the decision. For example, if the arbitrators decide to lift the ban on gas re-export or cancel the provision of “take or pay”. In this case, the necessary leverage will be in the hands of Naftogaz, who has for some time, the gas from Gazprom, and so does not buy. It should also be noted that the decision to abolish the position of “take or pay”, most likely, will have a mirror effect in the refusal of the arbitrators to meet the requirements of billions of dollars in “Gazprom” declared on the basis of this provision. This fact in itself would be a significant positive result for “Naftogaz”, – said partner law firm AVELLUM Dmytro Marchukov.

Other lawyers believe that arbitration can still recover from “Naftogaz” is about $2 billion for the supplied gas to Ukraine until 2015. “We can predict that the Stockholm arbitration court refused to “Gazprom” recovery of payments “Take or pay” (take or pay) that will witness the liberation of “Naftogaz” from monetary obligations of more than $30 billion on the other hand, the Stockholm arbitration will charge in favor of “Gazprom” $2 billion for the supplied gas to Ukraine and deny Ukraine in terms of cost has already been paid for the period until 2015 gas”, – said the “Today” Director of the legal company Lions Litigate Stanislav Batrin.

For the second claim, which relates to underpaid Russian monopolist the money for the transit of natural gas, a decision is expected before the end of June this year. And here, according to experts, position “Naftogaz” is even stronger than on the first claim. If arbitration recognizes the victory of Ukraine, we will be able to seek compensation for the shortfall of money for transit, plus a guarantee of payment by Russia for transit rates before the end of 2019, before the end of the term of the contract, although the court may deny compensation.

“The chance to recover from “Gazprom” to “Naftogaz” the expected revenues for the transit of appropriate volumes of gas on the territory of Ukraine can be regarded as 50 on 50. The arbitration may apply the synchronous approach: denying the application of the provisions of the “Take or pay”, is to deny recovery in favour of “Naftogaz” for the transit of volumes, which in reality was not respected by the Russian side,” – says Stanislav batryn.

At the same time, even if the Stockholm arbitration and will be on the side of “Naftogaz”, the practical implementation of solutions it can impose on the parties to the dispute. That is, “Gazprom” and “Naftogaz” on compensation will have to negotiate independently. Given the behavior of Russia in recent years, the military aggression against Ukraine, the denial of obvious facts and counter-propaganda is not difficult to assume that, in the event of their loss, “Gazprom” will refuse to implement the decision of the Stockholm arbitration. Because the total amount of claims of about $50 billion (requirements of “Naftogaz” for two claims, the monetary benefit of reducing gas prices and increasing price of transit for all years of the contract until 2019). In this case, Ukraine may take into consideration the experience of the shareholders of Yukos, which appealed to the German court with the claim about the arrest of Russian assets to ensure payment of $50 billion by the decision of the Stockholm arbitration. Similar claims shareholders were filed in the courts of France, Belgium and the USA. According to the commercial Director of “Naftogaz of Ukraine” Yuriy Vitrenko, if Ukraine wins, it will be able to claim, for example, the Russian share in the “Nord stream 1 and Nord stream-2”.