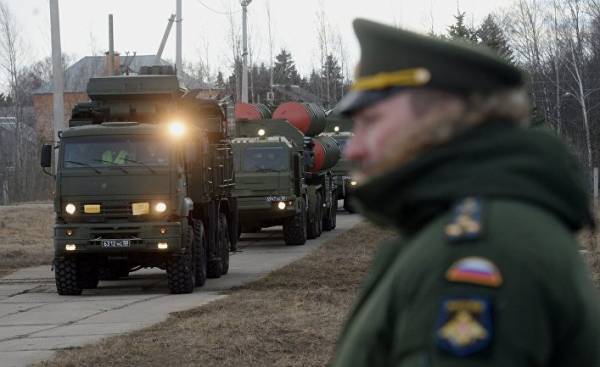 “Ukraine will not be able to oppose Russia if it uses the aircraft” — such statements by the Ukrainian experts and the generals I have heard and read repeatedly, “the aircraft of Russia will not leave Ukraine a chance” — say the Russian media.

About the actions of Ukrainian aircraft against forces that cover the Russian air defense can’t be out of the question — say, Russia will get angry, and then all down the drain.

One of the main arguments that lead those who are afraid of Ukraine and the whole world the dangers of full-scale war with Russia — the power of the Russian air force. Say, if Russia will use the full force of his aircraft, the events will develop, as in the saying “goat s Vovk Thalassa, — only the skin from Causey dostalsya”, where as a wolf will speak, of course, the Russian bear, but the Ukrainian Cossacks in the form of APU will get the share of unhappy goats.

However, the example of Russian-Israeli military confrontation shows that these fears are greatly exaggerated. I’m not going to talk about the Soviet era, when the Israeli air force successfully attacked the Soviet pilots and air defense.

It’s about today. Russia has repeatedly stated that its air force along with the forces of his client Assad in full control of the skies of Syria and will not allow anyone to act there. In Syria created a unified air defense system, said the Ministry of defence of the Russian Federation in January of this year: “Together with the forces and means of antiaircraft defense of the Russian troops in Syria on the basis of modern s-300 and s-400 created a unified air defense system, providing reliable cover objects, both on land and at sea”.

Russian air defense will shoot down American missiles in Syria — with such a formidable statement of the Ministry of defense of the Russian Federation made at the end of 2016. “Our air defense system will be applied for any order that we deem a threat. I want to emphasize, for any purpose, no one has the right to violate the sovereign airspace of Syria. All components of the deployed system defense, including complexes of short-range “Shell-f” and long-range S-400 “Triumph” will bear permanent combat duty,” — and this is savenye Putin himself. Such threats then there were many.

Sounds very threatening. Looks even more impressive. Take, for instance, said Putin of the Russian air defense system s-400 “Triumph”, which was on combat duty at the Russian airbase in Syria, “Hamim” on 27 November 2015. This supercomplex air defense zone has a radius of 400 km, That is, it covers the whole of Western Syria, half of the territory of Israel, Lebanon and Turkey. To bring down these remarkable complexes have everything that flies at altitudes up to 27 km from Planes, missiles, drones — everything. It is worth mentioning that Bashar al-Assad is a self-defense system, which, however, also Russian, and is armed with, for example, the newest complexes “Armour-1C”.

But here’s the news from December 4, 2015, exactly a week after the Russian air defense hermetically covered the skies of Syria: “Israeli air force fired missiles at the military base of the 155th brigade of the Syrian government troops North of Damascus, the blows were inflicted on the convoy of trucks loaded with ballistic missiles. In addition, the Israeli missile air strike suffered a fuel storage located in the same area.”

The press service of the Israeli army traditionally does not comment on such reports, however, it seems that such actions meant the Prime Minister of Israel, Benjamin Netanyahu, when he said three days before this shot that “Israel from time to time acting in Syria that it does not become a springboard for attacks on him.”

The last of strikes that became known to the media, was struck less than two weeks ago. March 19 in the mountains near the border with Lebanon, the Israeli air force bombed the air defense batteries of the army of Assad and the position of the terrorist Hezbollah. Earlier in the day the air strike had destroyed a car in which was the leader of an armed organization “forces for the defence of the Fatherland”, supporting the Syrian regime.

Two days until 17 March, four military aircraft of Israel has entered Syrian airspace and bombed the manpower and the warehouse of rocket arms of Hizbollah, killing one of its highest commanders. Attacks were made on targets near the Syrian city of Palmyra, where Russian troops are stationed. The Israelis bombed not just some stationary objects, and very scattered parts of various armed groups, and so much jewelry that has not affected the nearby Russian, and only the forces of “Hezbollah”. At Israeli planes from the Syrian territory in response were fired at least two missiles, one of which was intercepted by the Israeli missile defense system “Arrow-2”, the other fell in Jordan.

Then the Israelis destroyed a military drone commander of the air defense batteries, which fired at IDF planes. The blow caused a tantrum in Moscow. The Israeli Ambassador was summoned to the foreign Ministry, Assad has threatened Israel to fire rockets at civilian targets and the chemical enterprise. Moreover, this threat Syrian dictator handed over in Jerusalem to Russia.

In response to the Russian threat, the defense Minister of Israel Avigdor Lieberman warned Syria that Israel will destroy her entire system of air defense, if Israeli planes again will be released at least one missile. In fact, it is an ultimatum, not only Syrians. Officially, Jerusalem has said that rockets fired at Israeli planes — Syrian, but there is a possibility that the shooting was the Russian. But neither Damascus nor Moscow is the prosecution did not react.

We can recall many such IDF operations in the area of the Russian aviation and air defense. Moreover, on 7 March, the influential French publication Le Figaro, citing journalist Georges Malbrunot reported that the Israeli F-35 aircraft close to the presidential Palace near Damascus destroyed a battery of Russian anti-aircraft missile systems s-300, as well as a warehouse with a missile complex “Pantsir”. Neither Israel nor Russia has not commented on this information.

Officially that Russian aircraft and air defense systems begin to act in Syria, it was announced on August 26, 2015. And since Israel, according to different sources (official and media reports), caused by the Assad’s forces and his allies for more than thirty airstrikes. And in response — almost complete silence. Only released two Syrian air defense missile that did not cause Israel any damage, and a couple of loud threats from Damascus and Moscow.

The experience of confrontation in the middle East showed that the Russian army is actually very weak and cowardly. When faced with those who are willing to give them the change, they immediately retreat. Russia in its military-technical capabilities — a third world country incapable of serious opposition, and its leadership understands this very well. The Ukrainian army and its air force, of course, inferior to Israel, but not Israel Ukraine is at war. Ukraine is at war with a backward Russia. The Ukrainian leadership looks at the Russian air force as a rabbit on a boa, in advance excluding the very idea of confrontation. And this is totally unreasonable.

Yes, to defeat the “dry”, to operate in controlled airspace Russia like Russian aircraft and air defense does not exist, as does Israel, Ukraine is unlikely. But to think that Ukraine has nothing to oppose Russia — no reason. Any losses will, of course, but of the defeat and not talking. Ukraine and Russia belong to the same military-technical League. Fighting on the ground is well demonstrated. Afraid to confront the Russian army in ground combat, the Ukrainians not only stopped, but also understand that it can be easy to defeat her. Action in the sky near the Israeli-Syrian border show that the Russian aircraft and air defense also are not as scary as it attempts to present Putin. 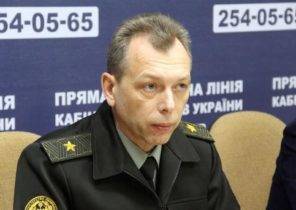 Sudden call-up of reserve officers in Ukraine may not be