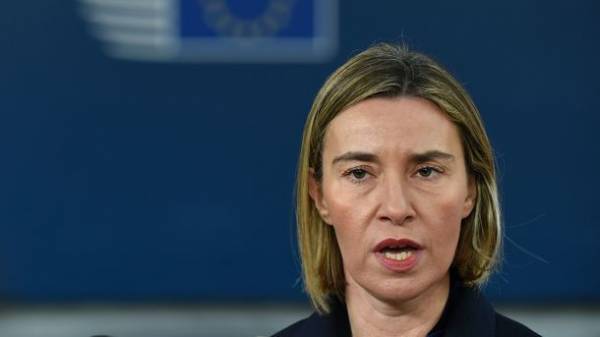 European Union does not recognize and will further condemn Russia’s annexation of Crimea and demands the release of all political prisoners of Ukrainians on the Peninsula and in Russia. This is stated in the statement of the High representative on behalf of the European Union issued by the EU delegation in Ukraine.

Mogherini recalled that since the annexation of Crimea three years. According to her, this question remains a challenge to international security, with serious implications for international legal order.

She noted that the EU is not going to abandon sanctions against Russia and called on the UN to consider sanctions because of the elections to the state Duma of the Russian Federation on the territory of another state – in the Crimea.

In addition, the EU is concerned about the militarization of the Peninsula. The presence of Russian troops affect the situation in the field of security in the Black sea region.

Mogherini calls on Russia to release all detainees of the Crimean Tatars on the Peninsula, as well as held in Russia political prisoners are Ukrainians.