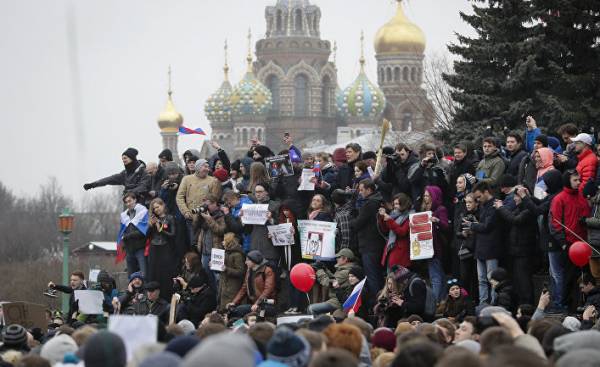 Last Sunday’s protests in Russia were the most extensive in the last five years. They do not pose immediate threat to power of Vladimir Putin and is unlikely to prevent him to another term of office after the presidential elections next year. However, the most unexpected and threatening to the regime in the long term is the fact that Russia can be held such mass actions of protest.

The reason for the protests was recently demonstrated opposition politician Alexei Navalny in the framework of the anti-corruption campaign movie on ownership, Prime Minister Dmitry Medvedev, its value reaches billions of dollars stolen from the citizens of Russia. Twitter and other social networks was a common call out on 26 March on the streets to protest against corruption in the Russian ruling elite.

Navalny is one of the few still remaining in Russia more or less serious opposition politicians, whom the regime persecutes, but relatively sparingly, perhaps because its program is limited to exposing the corruption sitting at the pinnacle of power.

Obviously, the Kremlin, given the commonness of corruption in Russia it didn’t seem particularly dangerous, and sometimes could even be beneficial to “put in place” a member of the “family” and at the same time to demonstrate the sensitivity of the master of the Kremlin to the discontent of the common people thieving bosses. Ahead of Sunday’s protests came the assumption that Putin can treat them patiently and use to bring Medvedev into the victim of popular indignation.

But the scale of the protests, the Kremlin could hardly predict. They were not only in the capital, usually where “everything happens”, but more than a hundred other cities across Russia to the Far East, and attended by tens of thousands of people. Everyone, including the Kremlin, it is clear that not just another film about another stole high-ranking officials forced people to take to the streets in 17-th anniversary of Putin’s rule.

Along with geographical extent on Sunday, the protests have another important and dangerous for the Kremlin contrast to earlier manifestations of discontent of the masses among their members a large proportion of young people.

And the revolution of 1990-1991 which overthrew the Communist government, and mass protests in 2011-2012 against Putin’s regime, which so frightened the Kremlin, which was followed by ruthless reprisals against any serious political opposition with all sorts of “crackdown”, and were mostly inspired and led by intellectuals, it was the so-called “Professor’s riots”. This time the shares were part of the “common people” with a large number of young people who no other authority than Putin in his life seen. “While you were stealing, we grew up,” reads a poster of one of the demonstrators in Moscow. A very bad signal to the Kremlin from generation that in the next five to ten years will determine the political mood in the state.

A huge the proportion who took to the streets of youth promises to be another potentially strategic defeat of the Putin regime. It turns out that total brain washing is not totally effective. After the previous protests, the Kremlin deliberately took control of all major media, especially television. But what is the point to control the TV, many if not watch it at all?

Putin’s generation of young people is also a generation of the Internet, which finds information and communicates without the mediation of the Kremlin-appointed interpreters of truth. Government-controlled TV channels on Sunday did not report anything about the protests, but despite attempts by authorities to restrict Internet, learn about them all. And this massive video and other information will remain online and will continue in increasing proportions of the more politically strengthen new and new thousands of Russian citizens.

Besides, this time the regime won’t be able to blame Hillary Clinton and the White house are attempting to organize a coup, as he did after the riots on Bolotnaya square in Moscow in 2011. Stories of the authorities that the protesting paid, sound like a confused apology. Who and how, then, paid Donald trump through Bulk or, again, George Soros?

However, Putin’s regime is still strong and dangerous. He has almost unlimited resources of power in order to brutally suppress any opposition, as well as the proven willingness to put fellow citizens in loyal service with the help of another military aggression against an external enemy. After the annexation of Crimea in 2014, Putin’s approval ratings soared to new heights along with the national-Patriotic hysteria against dissenters.

Without external pressure for serious changes in Russia in the near future will not happen. As recalled by Bulk, the most effective is a blow to personal purses of the rulers. Established in the sanctions against Russia are effective, but in the financial media in the West still circulates a huge amount of money the rulers of Russia. Including in Latvia, where banks have become shameful way the Laundry room for the vast amounts of dirty money.

And another thing: it turns out that Russians care about, not Rob them in power, perhaps also in Latvia. On the eve of the municipal elections in Latvia, information about the sources of wealth of the ruling in Riga partners cooperation agreement with Putin’s party for the Russians may be less important than for the local Russian-speaking. 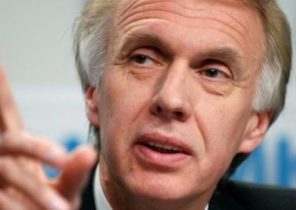 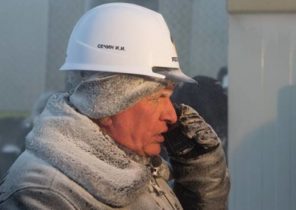