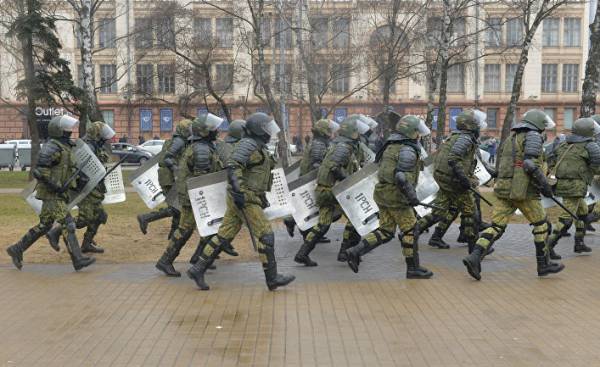 The unprecedented scale of Sunday’s demonstrations across Russia reminiscent of the wave of protests that swept the country after the presidential elections in 2012, and also related to the election year upcoming. Across Russia took to the streets tens of thousands of young people dissatisfied with corruption and standard of living. In the protest demonstrations were well-known oppositionist Alexei Navalny, a possible rival to Putin in the presidential election. However, mindful of the elections, the authorities and courts without draconian penalties. And yet the political revolution in Russia, these protests have not yet portend, according to experts.

Exactly five years ago, after presidential elections that returned Putin to the Kremlin, only to the streets of Moscow there were tens of thousands of demonstrators. The protests escalated into violence. A lot of people were arrested and later sentenced to several years in prison.

Now, however, the state authorities had treated the detainees, much softer. Of the estimated thousands of detainees in Moscow after the Protocol was released to 90%. On the other imposed fines. Someone left for 10 — 15 days behind bars. It happened with the leader of the protests Navalny.

The reasons for such approach of the authorities to the journalist Petra Prochazkova — several. First, the role played by the fact that few people, including Navalny, could have imagined such mass protests across Russia.

“Neither justice nor the police have received clear instructions, and the courts did not understand what sentences on this occasion to make, and how severe it should be. The Kremlin also somewhat confused that it was noticeable, in particular, by the statements of the press Secretary, who clearly doesn’t know how to explain to reporters what happened on Sunday,” says procházková.

The Kremlin officially commented on the situation, calling the incident a provocation and violation of the laws. “We know that a number of individuals urge to take to the streets. It is illegal. It is illegal to calls, and it’s actually not that other, as provocation”, — said the press-Secretary, Dmitry Peskov, also praised the police for “proper” work.

Law enforcement and the courts to act cautiously because approaching deadlines of the elections. “The Kremlin certainly do not want a year before the election to create some martyrs who will suffer behind bars and will become the icon for the disaffected citizens,” said Petra procházková.

The protests at the weekend covered up to 80% of Russian cities, but only 20 of them the demonstrations were sanctioned. The number of participants reached tens of thousands. For the political elite led by Vladimir Putin, according to experts, the incident was a serious warning, but the real threat is not represented.

Almost exactly a year from presidential election. The current head of the Kremlin enjoys 80% support of the population. “These demonstrations attracted tens of thousands of people, but Russia has 140 million people, and one manifestation of civil disobedience to judge that in the near future there will be fundamental changes,” says procházková, who have been following the events in Russia.

The main theme of the protests was dissatisfaction with the corruption and the standard of living, especially among young people. The last straw, according to the independent media, was the fact that the authorities refused to deal with the facts published in the recent documentary film Bulk. In this opposition politician says that Prime Minister Dmitry Medvedev has a huge as, to capitalize on that legally he couldn’t.

“Corruption is unfortunately part of modern Russian political culture, says former Ambassador to Moscow Petr kolář. — By the way, the former opposition leader Boris Nemtsov, were also frequently drawn attention to the machinations in the higher echelons of government and published this information. But he did not escape suspicion of corruption in those days, when he was Prime Minister”.

According to the head of the parliamentary club of the party KSČM Paul Kovacich, protests in Russia and referred to a documentary film should be seen as part of the campaign the Bulk.

“The situation is similar to ours. Our citizens also resent the corruption, and I would remind you that, putting on the fight against corruption, we win in the elections, — says Kovacic. This material, of course, may be partly created for the success of Mr. Navalny, but let’s wait and see how events will develop further.”

According to Paul Kovacich, to solve the Russian problem of corruption could act to make a Declaration of property, since a certain level. In addition, Kovacic believes that in the hands of Putin and political stability, which many Russians want. “People still remember what happened under President Boris Yeltsin. And now it’s hard to fight someone who turned chaos into order, and Putin is, no doubt, was successful,” said Paul Kovacich. 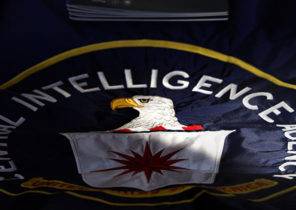