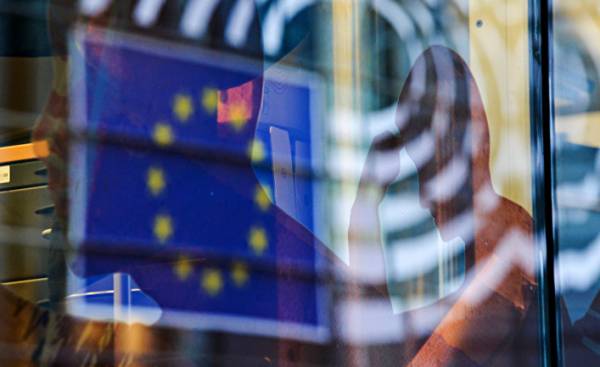 On the following day. What once had been there the Pope? I’d like to see anything change in these huge residential areas. Turn tomorrow these “white houses” back in the forgotten suburbs with crumbling walls, broken elevators, because for 40 years nobody repaired or monitor their condition? Or municipal, regional, state power will cease to close eyes to overlooked problems and take up their decision? We know how events will unfold.

It will certainly be a swamp. To change direction, not lack of ability, skills, imagination guidance. Order. Vector. There is no trust to the citizens. It is better to keep these “nobody land”, occupied dwellings has fallen into the power of the racket without rules. To speculate on poverty, setting poor people against each other. It would be enough to sell or give away these people’s home to citizens who live in them. To completely delegate responsibilities.

Concern for the welfare, which becomes the property. Because when it becomes property, there is an incentive to keep it, to maintain it in order. It’s the liberal recipe which was used by the Prime Minister-conservative in the UK Margaret Thatcher, then passing it down to their successors, and not to put it in life. There is not only one of the effects without anything else. But there is, in the words of Pope Francis, the solutions for the individual, for families, for communities. This requires daily courage. Policy. She was absent without sufficient grounds at a social event where gathered in the same last Saturday, March 25, in Rome, the leaders of 27 European countries.

By the way, about the citizens and their needs. In various statements, social media posts, the heads of state expressed the incredible joy after the agreement on the implementation of the Holy task and the beginning of the work, including for the benefit of citizens. I’m sorry, but until last Friday, March 24, to Saturday, March 25, for whose sake were you fighting for? We had to wait for the head of the Catholic Church, to hear that Europe needs a soul. The people’s soul, which today are only able to mobilize the Church of Bergoglio. Imagine that in order to write a few lines of the final communiqué of the memorial in the Capitol, almost representing the opus created with vague intentions, it took weeks of negotiations and serious, hard thought. And we are in trouble and will be looking for when they seriously sit at work.

Europeans live in Europe with humility, because they have no choice. Even demonstrations against Europe’s already out of fashion. If just emerged from the EU the British won’t hold nostalgic demonstrations across Europe in which they would like to return. As necessary spirit, skill to put in order even the periphery of the world?

And after the terrorist attack in London? The Pope in 2014 said that the Third world war. War, fights in which you go in pieces. Chapter by Chapter. It is a civilizational conflict between rich and poor that underlies religious “integralism”, a serial criminal who throws his forces on the West of the capital. It is the fruit of a failed integration. In Milan, Bergoglio was the real Francis. It met the early morning with the residents of the poorest neighborhoods inhabited, at the risk capital of the North of Italy, with immigrants and Muslims. But the door to dialogue was open. To dialogue about the needs. The answer was given symbolic and authoritative.

And dad gave him after exactly 50 years after the Encyclical of Paul VI (just Milan cardinal Montini) Popolorum Progressio (“On the development of people”), the first Encyclical in which the social question has acquired a worldwide dimension. Paul VI warned against “civilizational aftershocks”, contrasting their way of “civilizational dialogue”. To overcome the conflict and economic inequality between the rich North and poor countries of the South. Leave a space for the duty of solidarity, of charity and hospitality. Can agree with this to a greater or lesser extent, but Pope Francis does his job. He resurrects the original mission. Just at the time of the fall of the prestige of the Church because of the numerous scandals in her womb Francis takes on his strong leadership, the weight of the whole of the work to be done.

In Milan, the Italian moral and economic capital, Bergoglio moved from the centers of the source of power and is at the center of today’s confrontation, the latest manifestation of which in Europe was a terrorist attack in Westminster.

If you want you can call it Europe. Is an abandoned territory in the confusion after the terrorist attack in London — the capital of the peoples, ethnicities, cultures from around the world? Or is Europe the Dutchman Dijsselbloem (Dijsselbloem), Chairman of the Eurogroup, stating that “the South of Europe spends all the money on women and alcohol instead to help the EU”?

You need to understand why the Declaration 27 EU countries approved during the celebration of the anniversary of the Roman treaties in Saturday March 25, not worth a damn. It goes from the main issues. Hiding everything inside and even worse, thanks to her aggressively developing the myth of powerlessness and insignificance. Talked about double speed, leadership with a solid core of those who remain behind, but suddenly it’s all gone because we can not do nothing. Sad Europe, celebrating the anniversary of her armor, without a spark of joy and happiness experiencing the horror of terrorist threats. Peoples here.

When in 1957, at the Capitol six countries (Italy, France, West Germany, Belgium, Netherlands and Luxembourg) established the European economic community, they have signed a basic agreement (established customs tariffs and little else) that he could have approached us and now, without further steps. Since then the Old continent has swelled to the point that suffers from obesity due to an excess of rules and restrictions. And also because of the accession of new countries, deprived Europe of mobility. This is an impasse from which it is impossible to find a way out. And we experience it in their own skin.

In these hours we are negotiating a pathetic agreement worth 4 billion euros, which to ecstasy hymn. Europe, which does not store anything that it is important, for example, not dealing with the issue of immigrants or the effects of earthquakes continues to be stubborn, gladly agreed to tough measures. The tragedy is that we give it the imposed measures, instead to persevere and change the course of decisions. Much easier to be a notary than to show courage.

Thick-skinned formation of the 27 member States unable to act at the same time economically and politically. Even in matters of the economy we have to compete with NATO member Turkey. The Ottoman Empire came into decline after the First world war, is now trying to rise again, led by Sultan Erdogan, competing with the Caliphate of ISIS (declared a terrorist organization and banned in Russia — approx. ed.) of Course, the root of the constant middle East conflicts must be sought in the division of Turkish territories in the zones of influence of France and England, outlined by the line on maps. So what kind of Europe are we talking about? And in the era of trump, who is very far from Obama and even Bush, as to imagine that, since 29 March, the UK will be separated and will exist by itself, in the blood after the events in Westminster?

And then we are waiting for the elections in France and Germany and the difficult sentence.