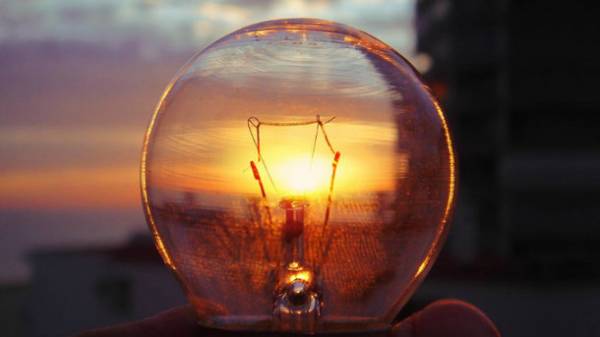 Today, February 13, the headquarters of the energy will review the feasibility of introducing a state of emergency due to blockade of Donbass. This was stated by Prime Minister of Ukraine Volodymyr Groisman.

According to him, energostar will also consider the possibility of rolling blackouts due to the falling stocks of coal to two-week critical level.

“You cannot delay until when the strategic reserves of coal will be reduced. Now on the agenda of energy staff will consider the feasibility of introducing an emergency situation in the Ukrainian energy sector and generation of plan proposals that will be in outage, in order to prevent any problems related to security in General,” – said Groisman.

The Prime Minister noted that the staff will consider the issue of strategic reserves of coal.

“If there is a two week supply, it means only one thing: that we can’t do this two-week supply of burn to two weeks to go in a crisis. We already have to implement certain measures to prevent the decline of critical stocks of coal. I’m not talking about smelters. Today, metallurgy is 300 thousand Ukrainians”, – said Groisman.

“30% of electricity in Ukraine is produced by TPPs and served in the United energy system of Ukraine. In addition, these enterprises produced heat energy – for example, for cities such as Kiev, Chernigov, Kharkov, Cherkassy. Translate these city to another type of fuel impossible. Therefore, the availability of coal is critical. 24 million tons of coal that we consume in Ukraine for the production of heat and electricity, 9 million tons of them – anthracite coal,” – said the head of government.

He recalled that the group of anthracite coal mined in the territory of Ukraine, which is temporarily not.

“This is the critical volume, without which we can’t today operate consistently. This is a critical product that is needed as energy and metallurgical industry”, – said Groisman.