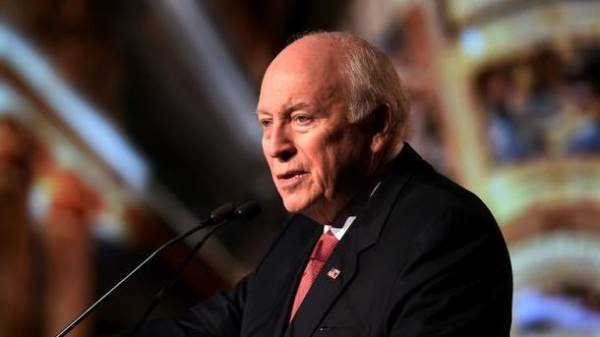 Former Vice President dick Cheney believes that Russia’s interference in the electoral process in the USA is nothing more than an act of war, and Americans should be concerned about it, reports The Hill.

According to him, Russian President Vladimir Putin and his entourage are doing everything possible to interfere in the basic fundamental democratic processes. Cheney stressed that Putin will try to influence electoral processes, and cited the example of the Baltic States, which have also suffered from actions of Russians.

Ex-Vice-President stressed that in some circles, such actions of Russia could be regarded as an act of war against America.

Also Cheney accused Putin in the use of hackers for cyber attacks on the United States and “campaigns” against the Baltic States.

He added that for this reason and because of the Russian aggression in Ukraine, were deployed additional forces to the borders of Russia in Estonia, Lithuania, Latvia and Poland.

Previously, American financier, philanthropist and billionaire George Soros said that the year 2017 may be observed unexpected results of the elections in European States, where the Kremlin propaganda will help the Pro-Russian candidates.

“The same thing will probably happen in the European election season 2017 in the Netherlands, Germany and Italy. In France, both the leading candidates are close to Putin and seek to appease him. In case of victory of any of them, the dominance of Putin in Europe will be a fait accompli – accomplished fact,” said the billionaire.

In turn, CIA Director John Brennan also said that Russia in recent years tried to influence political processes in Europe, and many European countries concerned about possible attempts by Moscow to interfere in the upcoming 2017 elections.

U.S. Senator mark Warner believes that once Russia was able to influence American elections, now it does with the electoral process in France and Germany.