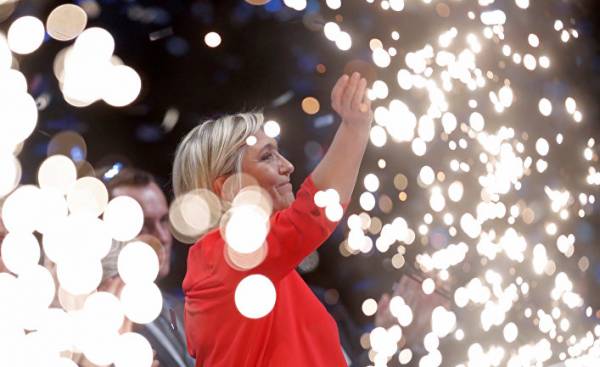 The prospect of the collapse of the European Union encouraged the leader of the National front, but from her mouth sounds regularly lie about it.

At a rally in Lille on 26 March, marine Le Pen gleefully rendered a grim verdict: “the European Union will soon die because it is no longer needed peoples. We change Europe, because the European idea is undermined by grave-diggers-Federalists”. Something new for the leader NF this position will not be called. “The EU is falling apart, he everywhere gives a crack — she said in June 2016 in the air TF1. Or we wait for a flood, explosion, or sit at the table and we are building a national Europe, which will replace the totalitarian EU that we know today.” “Totalitarian” in this case really the right word?

Le Pen rises on a wave of distrust in public opinion. And contempt for the truth. The house of Jean-Jacques Bourdin (Jean-Jacques Bourdin) on 23 March, she assured that “the real danger for investors is the banking Union that allows you to extort money from their accounts to save the banks”. Shameless lies, as the banking Union on the contrary guarantees the safety of deposits to 100 thousand euros in case of bankruptcy of the Bank. This measure aims to restore the confidence of the people and to prevent panic during the financial crisis. 100 thousand euros — much more than simple accounts of the French, which, she said, protects Le Pen!

Regarding the security of national borders, hardly anyone would believe that this is enough to hire an additional 6 thousand employees throughout the five-year period, as indicated in her presidential program.

Whatever it was, a loud statement are more important than facts. A few days earlier we had the Common agricultural policy. Marine Le Pen wants to cancel it, pretending not to understand that such a move would be a fatal blow to so important for the industry to export. Nevertheless, her strategy works perfectly because in rural areas support the PF reached a maximum rate of 35%.

Before the first round of the election is less than a month, and the charge of the Europe for all the ills still occupies the most important place in the rhetoric of NetFront. In Lille, marine Le Pen has confirmed that in case of victory will hold a referendum on leaving the EU six months after the election, and promised to leave the Elysee Palace in case of failure. The false promise she may be able to opt out if you find yourself in a difficult position. Because she doesn’t seem to be the first! 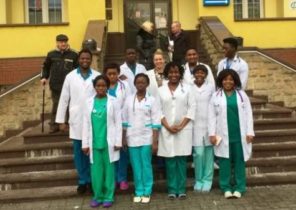