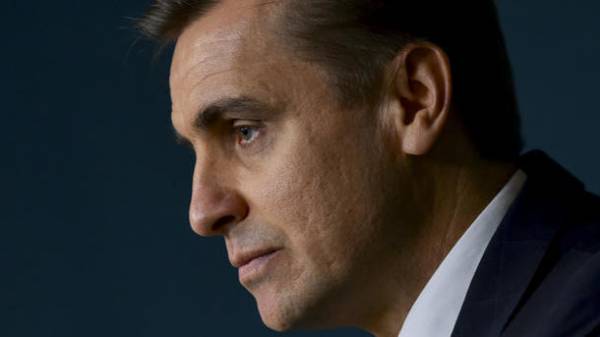 The Ukrainian authorities are satisfied with the level and intensity of dialogue with the new American administration. Told about it in interview to “Today,” the Deputy head of the presidential administration of Ukraine Konstantin Eliseev.

“First, we are satisfied with the level and intensity of dialogue between Ukraine and the new American Administration. As you know, held two telephone conversation of the President of Ukraine with President Donald trump. Petro Poroshenko had a long and fruitful meeting with the Vice-President of the United States Mike Pence in February in Munich (on the sidelines of the Munich security conference. – Ed.)”, – says Eliseev.

He noted that active work is being done at the level of diplomats, where the foreign Minister is American partners, “the Ukrainian picture”.

“In addition, dialogue has begun with newly appointed U.S. Secretary Rex Tillerson, twice Minister of foreign Affairs Pavlo Klimkin visited Washington. Continued active visits in the U.S. our members and the visits members of Congress to Ukraine. Get acquainted with new members of the national security Council of the United States and the White house, the state Department… I Think that it is time to go from intensity to a new quality and content of our relations. Today we are doing this”, – said Deputy head of the AP.

Yeliseyev also added that diplomats were working to priorities of the Ukrainian issue for the White house.

We will remind, during a telephone conversation in early February between Poroshenko and trump discussed the strengthening of strategic partnership between Ukraine and the USA. Special attention was paid to the settlement of the situation in the Donbass and achieving peace through political and diplomatic means.