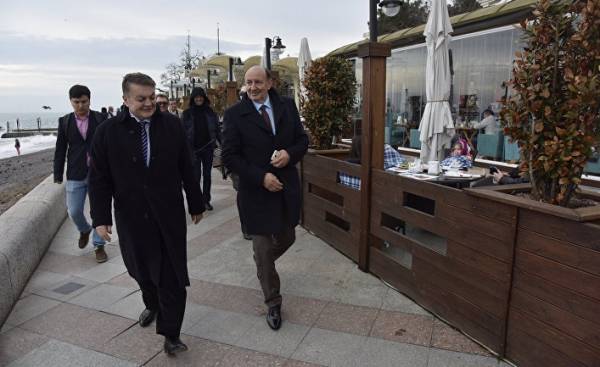 Dear representatives of mass media of the Republic of Serbia!

Taking into account the visit of the delegation of the Serbian politicians in temporarily occupied Crimea, I’d like to speak to you in the following text.

According to available information, the delegation of the Serbian people’s party, as well as members of other parties of Serbia, participated in the so-called celebrations in the part of “the annexation of Crimea to Russia”, during which openly and officially expressed their support of Crimea as part of Russia, recognizing its Russian, and called for the establishment of bilateral contacts between Serbia and the Crimea.

These persons have several times violated the legislation of Ukraine. Such activities openly and deeply insulting not only the sovereignty of Ukraine, but also their own state, which recognizes the territorial integrity of Ukraine, together with Crimea.

From the statements mentioned people clear that it seems absolutely normal cooperation with the unrecognized and occupying government of the Crimea. I wonder thought whether they want the same legal and normal cooperation of the Ukrainian officials from the Kosovo government? I think not.

The Ukrainian side has repeatedly addressed, including through the media, with the official notes to the state institutions of the Republic of Serbia, explaining the inadmissibility of official contacts with the unrecognized government of the Crimea, and calling attention to the fact that any activity aimed at violating the territorial integrity of Ukraine, incitement to separatism and separation of Crimea and any other part of the territory of Ukraine, illegal and will be punished.

However, apparently, some political forces in Serbia do not want to listen or Russian forces them to such behavior, which does not bring Serbia any privileges, but only harm relations between the Serbian and the Ukrainian people, spoils the reputation of the Republic of Serbia in the eyes of Ukrainians and citizens of other countries. I’m sure all of this is not in the interests of the Serbian people.

In conclusion, I would like to state that Ukraine will condemn any attempt to violate its laws, regardless of who commits such a crime. Also we will not allow other countries spoil traditionally friendly relations between the two peoples, who never betrayed each other.

The Ambassador of Ukraine in the Republic of Serbia Oleg Aleksandrovich. 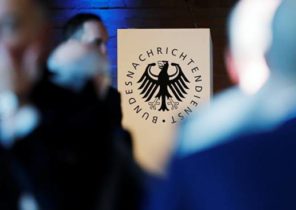