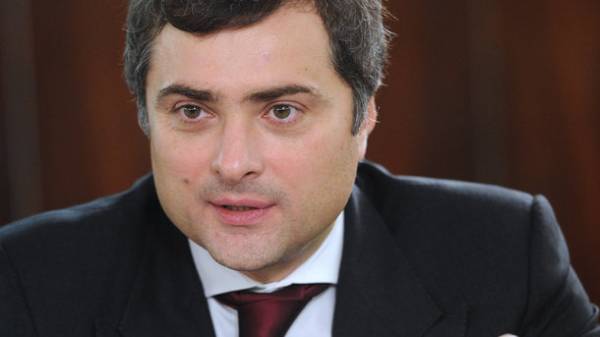 At today’s meeting in Minsk at the level of diplomatic advisers from the countries of the “Normandy format” Ukraine once again will try to put pressure on Russia in the issue of the ceasefire in the Donbass and the liberation of the hostages.

This was stated by Minister of foreign Affairs of Ukraine Pavlo Klimkin, answering the question “Today,” on the sidelines of the 10th anniversary of the Kyiv security forum.

“The meeting takes place at the level of diplomatic advisers. The agreement on this meeting was reached during conversation of the President of Ukraine with German Chancellor and French President. The main topic of conversation – the ability to put pressure on Russia and to achieve that she will carry the main issues related to the ceasefire. At least the key points, because we certainly do not believe that it will fulfil all. The second fundamental point that is being discussed is the steps that you must do right now to free the hostages. And of course the concept of the road map. As you know, here we do not have any progress. Because the logic of Russia is contrary to our common positions with our German and French friends. It fundamentally contradicts it, so the result will know at the end of the day. Well, depending on this will decide on further steps”, – said Klimkin.

On the question of “Today” on what demands Russia return seized by militants of the Ukrainian enterprises in the occupied territories of Donbass, the Minister of foreign Affairs of Ukraine said: “first, it is very important, but it is only one step among logic, which is now trying to promote Russia. And this is the logic of deliberate escalation. Let’s see: first, the recognition of documents issued by and unknown person who knows how to act (the decree of Vladimir Putin on the recognition of the passports of the so-called “DNR”/”LNR” – Ed.); this course and the recognition of the alleged legal action, which created and executed in the occupied territories; it is certainly a decision that you remembered – and it is a mixture of robbery with raiding, it’s actually not a political act; but it is alleged the decision on the recognition of borders. And now the logic of this escalation, as you can see, both in Russia and in the occupied territories to start a conversation about alleged any specific identity of the people of Donbass. All this logic of escalation and pressure, which, says Russia will work. It won’t work ever.”

According to the head of the Ukrainian foreign Ministry, he spoke with U.S. Secretary of state Rex Tillerson on Friday, when it was a meeting of the Commission Ukraine-NATO (in Brussels – Ed.). “He will visit Russia with a very clear position, you his statement heard. He called all things, as you say, it’s Russian aggression, Russian aggression, sanctions that should be preserved relative to the temporary occupation of the Crimea, and about how to push Russia on Donbass as well. Therefore, this logic clearly won’t work, because the civilized world this logic by definition will not” – summed up Pavlo Klimkin.

However, the Prime Minister noted that the breakthrough of today’s meeting did not expect.

“I very well remember how we sat at the Munich conference with the foreign Ministers of Germany and France and tried somehow to press Lavrov that he even started a conversation regarding the “road map”. He was not ready to even begin the conversation,” – said the diplomat.

As reported recently, the representative of Ukraine in the Tripartite contact group in Minsk, Leonid Kuchma said that it is necessary to conduct the meeting of leaders “channel four”.

Earlier in an interview with the “Today” Deputy head of the presidential Administration Konstantin Eliseev said that the issue of settlement of the situation in the East of Ukraine in the negotiation formats.

“What would we do format if there is the political will from the Russian side to implement the agreement, any format will not help,” – said Elisha.