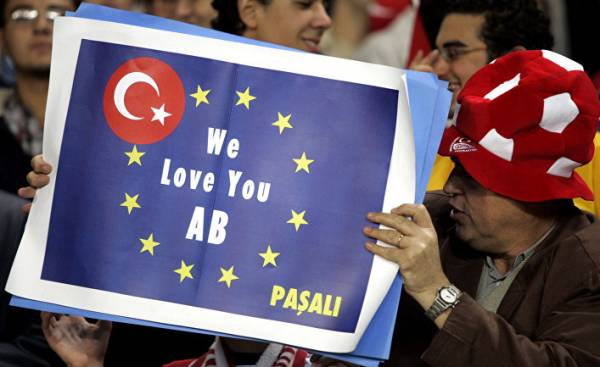 “Move to more prosperous areas. Buy the best car. Live in the best houses,” said Erdogan during a rally in Eskisehir last week. But he was not talking to his immediate audience, but to a 4.6-million-strong Turkish Diaspora in Western Europe. “You need to have not three, but five children. Because you are the future of Europe. It will be the best response to the injustice to you.”

Recently, the President of Turkey Recep Tayyip Erdogan (Recep Tayyip Erdogan) gives a lot of cause for anxiety for those who believe that Europe faces the threat of Islamization. This threat is greatly exaggerated, but it helps the Turkish President to achieve his political objectives and to provoke European leaders fits of violent agitation.

Last week, Erdogan accused the EU of waging “war between cross and Crescent”, after the European court allowed employers to require their employees to those had on the work of Muslim headscarves.

Erdogan did not stop there. “Turkey is not a country that can be humiliated, whose Ministers can be expelled and whose citizens you can drag dragged on the ground,” he told reporters in Ankara on Wednesday, March 22. A few hours before the Muslim terrorist shot down passers-by on London bridge, the Turkish President said: “If Europe is going to continue in the same spirit, no European in any country in the world would freely and safely walk the streets. Europe itself will suffer from this.”

Preachers of Islamization, such as Giselle Littman (Giselle Littman), or, as she calls herself, bat Ye or — it was she who proposed the term “Eurabia” — has long predicted this trend. This concept, which was used by politicians such as the Dutch populist Geert Wilders (Geert Wilders), is based on the idea of the third Muslim invasion of Europe. The first two incursions were armed (year of 732 and 1683), but now this invasion is primarily through immigration and population growth. Once, during a debate in Parliament, Wilders said that Muslim immigrants “colonialists. They came here not to integrate but to dominate us.”

This is the basic idea of the “Camp of the saints”, the French novel, first published in 1973, its popularity has recently increased dramatically. In this book, which is one of my favorite books French populist marine Le Pen (Marine Le Pen), explains the naked, but in the cultural sense of the violent invasion of France refugees from third world countries who use the weakness and guilt of Western civilization, in order to seize it.

Whether the threats Erdogan’s any real reason — is another matter. The birth rate in the Turkish Diaspora in Germany is really a bit above average is 2.3 children per woman compared to 1.5 children per woman in the whole country — however, this birth rate, the Turks can hardly expect that they will be the future of Germany: the current 3.5 million community very soon will become the majority in a country with a population of 80.7 million people, even if erdoğan somehow manage to convince its members to double the number of children in families. (In Turkey the birth rate is even slightly lower than the level of fertility among German Turks.)

Moreover, although the majority of voters of the Turkish Diaspora in Germany and the Netherlands supported Erdogan and his party in the recent elections, his main enemies, such as the Kurdish party also received more votes in those communities than in Turkey. In political terms, these diasporas have split: a large number of German Turks live in Germany because I don’t want to live in Turkey Erdogan. In fact, Erdogan simply cannot command the emigrants from Ankara: even if he tries, most likely, those ethnic Turks who do not support it, and many of those who no longer have the right to vote in Turkish elections, because now they are residents of EU countries, rebel against it.

I doubt that Erdogan is seriously considers himself a Sultan, under whose leadership the Muslims gradually conquered Europe, or conduct the kind of war of cross and Crescent. He simply has no sufficient number of supporters — even potential supporters — in Germany, the Netherlands, Belgium and other countries where Turks migrated from the time when we first invited them as “guest workers” after world war II. However, Erdogan wants to cause an angry reaction. As the President of Russia Vladimir Putin, it extracts from this reaction favor in the political arena: the fact that Erdogan allow himself to be so disparaging of Germany, is enough to strengthen a sense of national pride among the population.

These reactions help Erdogan in his campaign to consolidate the presidential power to vote, to be held in April. It would be great if European governments simply ignored the trolling Erdogan. But Erdogan knows that they can’t do that. Dutch Prime Minister Mark Rutte (Mark Rutte) to fight against the Wilders, so he made a strong criticism of the statements of Erdogan, to provide service to itself and penetrating the Turkish President. Now the Christian Democrats of Chancellor Angela Merkel, who cannot afford a too soft attitude to Erdogan, talking about tightening the rules on the issuance of dual citizenship — again services rendered as Erdogan within Turkey and within the Turkish Diaspora, which misses home.

As soon as it is a political view, Erdogan will no longer worry about the fate of the Turks as the “future of Europe”. He will have to resume the dialogue on visa-free travel for Turks in Europe and to return to the question of economic relations, as Europe is the largest trading partner of Turkey. The stereotypes associated with the image of Eurabia, will be going back in the drawer, however, European nationalists will quote Erdogan to substantiate his conspiracy theory. 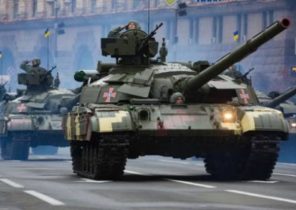