The scandal with the appointment of one of three auditors for NABOO was one of the loudest lately. The Verkhovna Rada, trying to delegate of the auditor to the Commission on its quota, failed to vote on two proposed candidates. At the moment the question was resubmitted to the anti-corruption Committee. However, we need to resolve it quickly, because the time of inspection the work of NAB has come, experts say.

The law of Ukraine “On the National anticorruption Bureau of Ukraine” provides for an annual independent evaluation of the Bureau’s activities, its operational and institutional independence, including through the electoral audit completed criminal proceedings.

The law stipulates that the audit shall be conducted by the Commission of three. One member of the Commission appointed by the President, the Verkhovna Rada and the Cabinet of Ministers of Ukraine. The auditor should have “significant experience in the pre-trial investigation bodies, prosecutors, courts abroad or international organizations possess the necessary knowledge and skills to undertake such an assessment, as well as an impeccable business reputation”.

The conclusion made by the auditors, will be published and added to the written report of NABOO. In addition, as the law says, it needs to hear and the Parliament.

If the auditors come to the conclusion that the work of the NAB was ineffective, and the Director performed their duties in improper way, it will be dismissed.

“The candidacy of discord”

As reported by MP from the faction “Samopomich” Yegor Sobolev, a parliamentary Committee held an open competition, appealing to the embassies of the US, EU and UK to help find the nominated auditors for NABOO.

“American partners advised the Deputy inspector-General Robert Storch. He regularly conducts an audit of the FBI. The EU suggested Giovanni Kessler, the head of the office for the fight against fraud. This management, in particular, investigating now the case of Marie Le Pen. We thanked him for both the nomination and the decision of the Committee unanimously recommended to Parliament to appoint the auditor of the anti-corruption Bureau Robert Storch, and the nomination of Kessler asked the government,” – said Sobolev.

However, for the candidate Starch in the Verkhovna Rada voted 76 deputies. On the proposal of the people’s front and the PPB to the vote there was also one candidate — a former employee of Scotland Yard, Briton Nigel brown, who at that day were in the session hall of the Ukrainian Parliament. But his candidacy was supported by only 205 MPs, but this is not enough for decision-making. In the end, the deputies decided to return the matter to the Committee for revision. 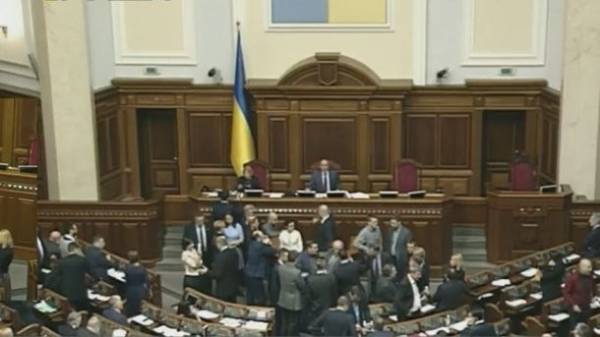 Deputies blocked the rostrum on the day of voting for the candidate of the auditor for NABOO. Photo: screenshot

In this case, the nomination of brown was the cause of the scandal surrounding the appointment of auditors of NABOO. So, according to opponents of this appointment, his candidacy is allegedly lobbied the administration of President.

“Earlier the Committee already unanimously decided on its candidate for the post of auditor, which became Robert Storch. But in the session hall of the BPP and people’s front, falsified documents, literally “launched” some new Briton Nigel brown. The scheme is simple: if not put under the control of the NABOO, you can assign under the control of the auditor, which recognizes the Agency’s work unsatisfactory and to raise the question about dismissal of the head of the anti-corruption Bureau”, – stated the people’s Deputy from BPP Mustafa Nayem. Note that, in fact, the Committee meeting took place, however, without its head the people’s Deputy from “Samopomich” Yegor Sobolev and Secretary. Sobolev said that the resolution adopted at this meeting, the Committee decision is not binding. 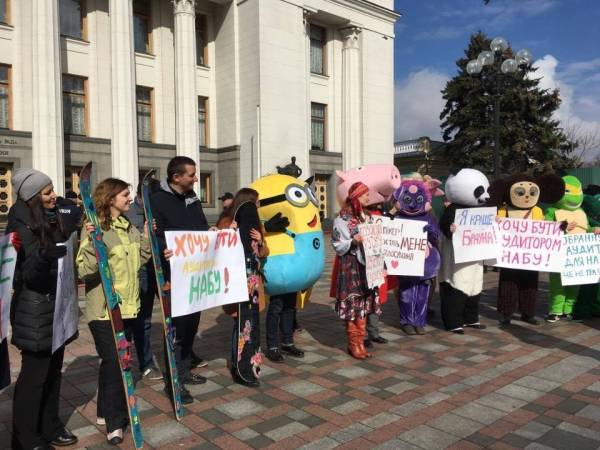 Activists staged poses of the building of the Verkhovna Rada parade of fake candidates in auditors of NABOO. Photo: antac.org.ua

Brown himself was not able to explain to the deputies, who invited him to the Ukrainian Parliament. Thus, in an interview to “Interfax-Ukraine”, he said that the work of the NABU is mediocre.

“In my opinion, it is wrong to have any prejudice against any body. I can draw conclusions only based on what I read in the press. I believe that NABU is a very important organ in the system of combating corruption, but if to take into account all the resources spent on their activities, money, human resources, then you probably concluded that the results of activities to date are mediocre,” said he.

According to the analyst Yaroslav Mastry, now in Ukraine there is a struggle for control of NABOO, both from the government and from activists.

“It is obvious that there is an attempt (the authorities – Ed.) somehow to take control, but at the same time, I would have said about a similar attempt to take control of NABOO from the so-called “fighters”. From their side too much manipulation and abuse, and the desire to do this on such a punitive body, when we have a separate bunch of people has the discretion to determine who is guilty and who is innocent, and how should the court happen, as we saw with Nasirov (court session on election of a preventive measure suspended the head of the SFS Novel Nasirova – Ed.)”, says Nut.

Experts: Storch can be assigned a quota of AP, and brown – the Verkhovna Rada

As told “Today,” political analyst Volodymyr Fesenko, today, there are two versions of the compromise concerning the appointment of auditors for NEWB, which can come hand – search of alternative candidate or appointment and Starch, and brown.

“Likely to seek a compromise. Two versions of the compromise or find a new compromise candidate, and then maybe, just maybe, brown will go as a nominee from the President, or will this reshuffle – Storch comes from the President, and brown from the Parliament, and thus “the wolves are sated and the sheep intact”. On the one hand, the President and the parliamentary majority will confirm that they are in control of the situation in Parliament, on the other hand – will gesture towards the opposition and our international partners,” – said Fesenko.

According to political analyst Alexander Paliy, if Storch will be appointed on the President’s quota, it will show maximum openness last.

“I see this as a political struggle. Poroshenko wanted brown to appoint, that is, the person he recommended, but it demonstrates that Storch suits him. That is, it seems to me that the government now demonstrates maximum transparency in this sense. Poroshenko just shows that he has nothing to fear,” he asserted.

Meanwhile, members of the coalition of NGOs Reanimation package of reforms, the Automaidan, the Center of anti-corruption and Transparency International Ukraine has requested the Cabinet of Ministers of Ukraine to consider its list of candidates – American Prosecutor Marta Borsch, Spanish Prosecutor Carlos Castresana and Italian Prosecutor Giovanni Kessler.

At the same time, according to experts, to solve the issue with the appointment of the auditors need in the near future. According to paly, this will take around a month. At the same time, Yaroslav Makitra notes that this issue is very important to respect the procedures and the transparency of the process.

“The candidates for these positions should meet with the factions, if not to give a press conference, then at least to Express themselves, show, that is, it should be a public open process,” he said.

Sytnik will remain at the head of NABU – experts 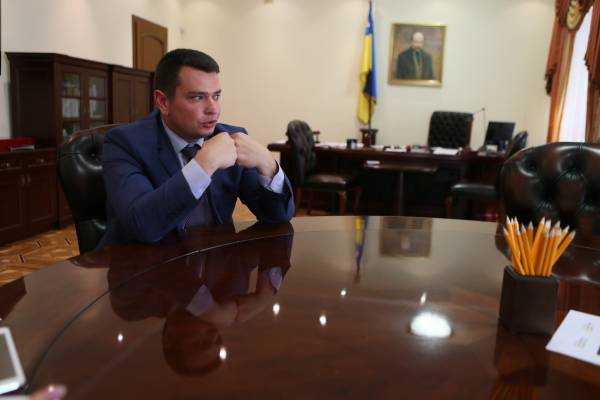 The head of the NABOO Sytnyk. Photo: A. Yaremchuk

While experts believe that following the audit, the head of the NABOO Sytnyk will remain in his position. “Judging by the behavior of the President, dare to make a prediction – no rush will not be removed. On the contrary, it will remain. But I think that in the course of the audit in his address expressed very significant concerns,” said Volodymyr Fesenko.

Another reason that the disturbance will remain at the head of the NEB, is the reluctance to provoke a sharp negative reaction from the Western partners, according to Fesenko.

According to Oleksandr Paliy, Petro Poroshenko is trying to control a little bit “above” the work of the NEB, so that it was more efficient, but at the same time, Sytnik “not in danger”. 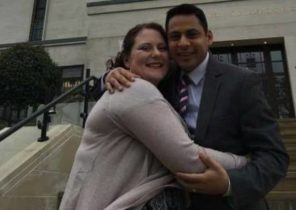 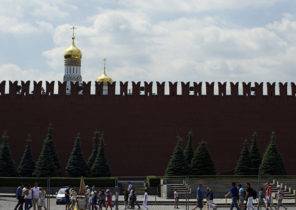