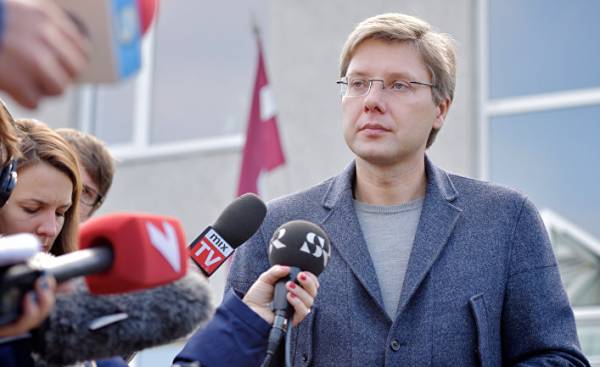 The court of Vidzemsky suburb of Riga has left unchanged the decision of the Director of the state language Centre (SLB) the imposition on the mayor of Riga Nile Ushakov of a fine of 140 euros for the fact that the government of the capital communicates with residents, including those in foreign languages — in Russian and English. From the court’s decision implies that the government in dealing with the public, including social media, should use only the state language. However, this verdict can still be appealed, Ushakov said that it plans to do it.

When Ushakov fought CGA, it was attributed to the excessive zeal of the officials, saying, I found the point of the law and “go” in accordance with this item forward. Now everything is more serious, the verdict rendered by the judiciary. Although this is only the lower instance court, in which it was possible to appeal the decision of the CGA, but still… the Judiciary is independent, the judiciary must be respected, but the judiciary made an absolutely idiotic decision. How to live with this now?

The new US President Donald trump abused the court’s decision on lifting the ban on the entry of immigrants from listed Muslim countries to them last words. Judges, too. In Latvia still had not sunk, so the verdict should be attributed to the fact that maybe something is wrong with the laws that should guide the court and the SLB. I hope that the mayor of Riga did not follow in the footsteps of the President of the United States and will not criticize the court.

However, it is unlikely Ushakov so just calm down, in all likelihood, he will plead in higher courts until the European court of human rights. And it may well happen that you will win. In Europe, on this verdict, the Latvian court at all ashamed to tell. It’s unbelievable — to punish a person because he writes something in Facebook or write it in Latvian. The Creator of Facebook mark Zuckerberg would be shocked if they knew about it. He knows that there are various dictatorial state, where his social network is blocked in General, but that is the state of the European Union, in which the court approves the prohibition to speak… it will be for Zuckerberg’s surprise.

Of course, it is possible to look for something legal and some rational explanations. The state language law is a good law, it protects the Latvian language and provides not allow the provision of information for government money in any other languages. But the authors of the law knew that there will be such wonders as Facebook or Twitter. The flat application of the law today and in this context it is more than strange. In order to punish the foreign investors must prove that he is not merely a man, and the head of government, and that all his statements in social networks apply to government money or party funds during the election period. It seems that none of this — at least not yet, not proven.

The mayor of Riga is not poor and can pay 140 euros, but he will probably continue to write in Russian, because there is no candy better than the one that threw the party “Consent” of the SLB and the court of Vidzemsky suburb. This is just what was needed. to his fans on the day of the municipal elections of 3 June, large crowds went to the polls to vote. Even if someone from the Russian of Riga Ushakov angry because of the remaining some places open manholes or pits in the courtyard, the decision of the court of Vidzemsky suburb will be interpreted as “our beat”. But if our beat, holes unimportant.

The decision of the court of Vidzemsky suburb is also a sweet candy for the Russian propaganda that is sure to figure out at what point and what hurts more to hit the Latvian government for the appalling discrimination against the Russian. CGA and Vidzeme suburb court, in fact, prohibit a person to speak in their native language, as a cutting tongue for talking in the wrong language, as murder in medieval Spain Jews and Gypsies, if they were caught, when not talking in Spanish. Where do you find more beautiful story about the “revival of Nazism” in the Baltics?

If you think that the news about Ushakov unimportant, and there are others who outweigh her, you are wrong. Every Russian in Daugavpils and Kengarags, Riga pļavnieki and the news noticed, and mortally offended with Ushakov. All the big money on the plans for the integration thrown to the wind. This is not integration, when forbidden to write in Russian in Facebook. It can only cause hatred. If there were an annual award for the biggest expansion of the ethnic divide, the Vidzeme suburb court, confirming the decision of the SLB, it has advance won it. 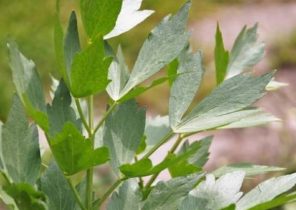 Trinity-2017: what herbs are blessed in the Church