Because covid-19 Sweden lost seven times more people than the average lost the other Scandinavian countries, but on a rational, scientific and based on evidence grounds. We Swedes believe that Sweden is best, even when so many people die, writes Ula Tomasson.

The best in the Swedish strategy, the fact that she is Swedish. That is why the majority of Swedes support it and.

We Swedes, more humility realize that we are the best in the world — in everything. Fun Swedish infectious disease expert gave out itself for the employee of consultant who, but it was a well-paid PR man of our Department of public health. He on behalf of the authorities announced to us (by bringing all the calculations) what we already knew: Sweden is the best.

Let the situation did not reflect our superiority now — you just have to wait. Neighbouring countries will tense up and catch us on the deaths. We are simply ahead of everyone!

Scandinavian neighbors will be jealous when Sweden will soon become 40-60% infected. Of course, tests show that in Stockholm while just over 7% of the population have contracted the coronavirus. But this figure is not too conforms to our expectations. It undermines our strategy. So actually, we claimed, probably infected twice.

Sweden lost a lot of lives actually died seven times more people than the average across the rest of Scandinavia — but on a rational, scientific and based on evidence grounds. We will emerge from the crisis even stronger than it was. We, the Swedes trust each other. We don’t spit on the proposed rule vague — just each of us knows that sometimes you can make a small exception (but only for himself!) Especially if you’re a well-paid consultant to the Department of public health (an allusion to the fact that the elderly former chief epidemiologist of Sweden met with his grandchildren when he was supposed to stay at home — approx. transl.).

The measures taken in the rest of Scandinavia — hysterical and excessive. We Swedes, think perceptively, scientifically and rationally. Our seven times higher mortality says nothing.

We, the Swedes, the best of all — it’s just a fact. So all the neighboring countries and other less developed countries that do not want to let us in the summer — they’re just jealous! 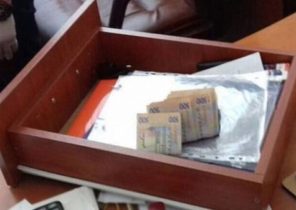