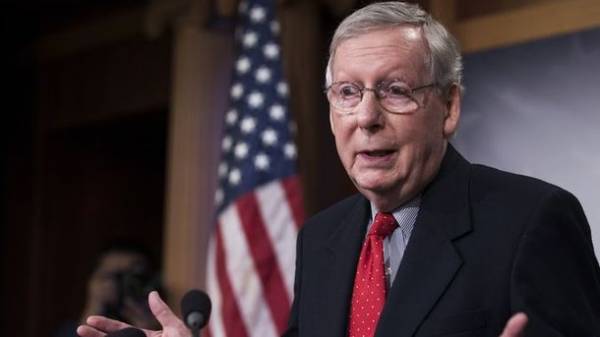 The majority leader in the Senate Republican Mitch McConnell said that the Senate next week could vote for the ratification of the membership of Montenegro in NATO.

The Senator said that the procedural vote is likely to take place on Monday, March 27, in the evening, and next week will be the final, final vote.

Also, it is noted that for the accession of Montenegro to the Alliance, the decision must be ratified by all 28 member States of NATO.

Recall, U.S. Secretary Rex Tillerson sent a letter to leaders of the Senate, which was called to ratify the membership of Montenegro in NATO. He noted that this decision should be made in the interests of the United States.