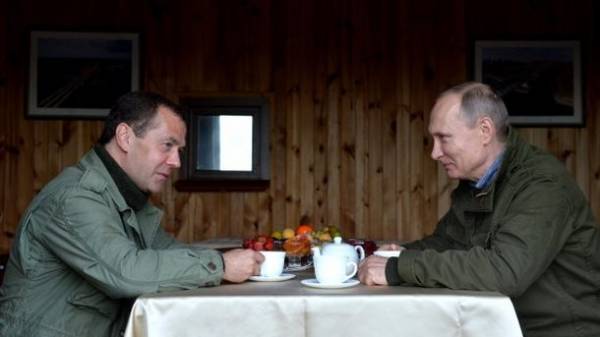 Prime Minister of Russia Dmitry Medvedev has denied the statement of Russian President Vladimir Putin that he allegedly had problems with health, reports “Interfax”.

“I’m not ill,” he said at a meeting with representatives of small and medium business in the field of road haulage in response to the greeting of one of participants of meeting with recovery.

Later in social networks ridiculed the phrase Putin against Medvedev “did not save”. Users funny pictures “potrollit” disease of the Russian Prime Minister.