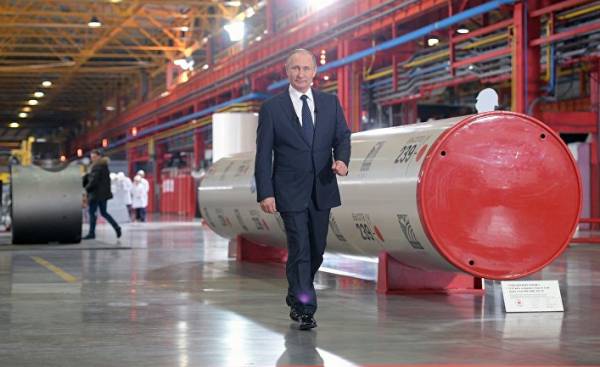 Most external observers are absolutely sure in the diplomatic success of Russia: the country has been able to show themselves as great powers, without which it is impossible to solve any international problem. Moreover, Russia is ready for competition and able to challenge America, the European Union, NATO and other allies of the West due to the fact that it has a powerful military complex, in particular, a nuclear bomb, invented in the Soviet Union. Thanks to his hard head in the person of Vladimir Putin, who will not become a “joke”, speaking about the issues of war and peace, Russia inspires fear and terror of world capitals and centers of decision-making, supported by the West.

Economy is the Foundation of the country

The idea itself is correct, but this is not enough. In fact, the Russian military potential of the Soviet legacy and new development can not exist and develop without a strong economic base.

We will try to focus on this fact.

Over 16 years of stay in power of President Vladimir Putin, Russia has become a developed country with solid social and economic base. Now, many forget that in 1999, Russia’s foreign debt amounted to 140% of GDP, the state of the army was critical in the North Caucasus there was a war… Putin managed to bring the country out of crisis and continue to harness the power in order to make the leap forward, especially in the economic sphere.

After the collapse of the Soviet Union, the country experienced a deep and prolonged economic downturn, caused by the destruction of the system of economic relations, which worked between the Soviet republics. Another variation of the device of economic life was connected with the so-called “democracy”. In 1998, Russia declared a trade deficit, then the country fell into an economic “abyss.”

High oil prices only as a supporting element

The situation in Russia has changed after coming to power of Vladimir Putin. The opposition, economists and experts said that the success achieved in the country will only lead to increased energy prices. In reality it was not so. When Putin came to power, the first thing he did was limit the influence of the businessmen and banks on the government. Under Yeltsin, they dictated the laws, acting in their own interests. Then the President took control over financial flows, which allowed to reduce and to limit the “laundering” of money abroad. In order to support Russian entrepreneurs, he set the lowest in Europe, interest rate for income tax, and also paid great attention to the development of “small business”. It should be noted that economic growth in the first year after the arrival of Vladimir Putin to power, was 6.8%.

Encouraging the production and science

It was noted the growth of the industry and maximum use of production capacity. At the same time, the President set new tasks: to double GDP, to increase the share of extractive industries, and to develop high technologies.

The development of agriculture

The fight against unemployment

Vladimir Putin paid special attention to the problem of unemployment in the country. In 2000 its level was approximately 11%, at present it has fallen to 8.5%. Competent authorities came to the opinion that it is necessary to react to what is happening in the labour market changes, that is why the unemployment rate dropped to an acceptable level. For comparison, the unemployment rate in some European countries: 10,5% in France, 12.4% in Italy and 22.7% in Spain.

The relative decline in external debt

The development of the industry

Diversification of the economy

Russia is making every effort to get rid of oil dependence. In March 2016 the income from the oil and gas sector amounted to 34% of the Russian budget, the remaining 64% have brought other sectors of the economy. Until 2016 the income budget from the sale of energy accounted for more than 50%. In addition, Russia was able to increase sales in other industries. First of all it concerns products of military equipment, civil and marine vessels, and construction equipment, fertilizers and nuclear energy used for peaceful purposes.

Reserves of gold to replace dollars

Russia continues to increase gold reserves. In 2000, with the support of the national currency reserves of gold amounted to 343 tons. Currently after separation of the ruble against the dollar gold reserve is 1476 tons. Throughout this period, gold proved itself as a reliable resource that helps to overcome the crisis, ensure economic independence of the country and helps strengthen the national currency.