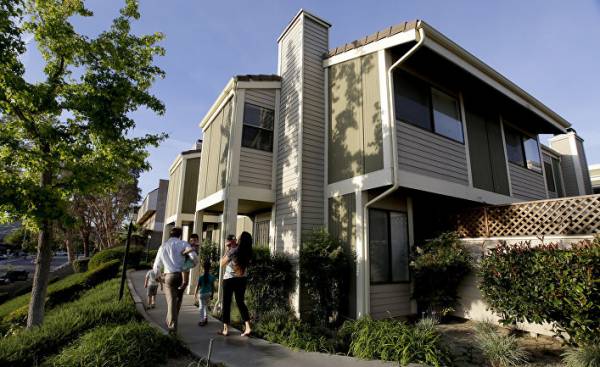 Inflation is slowly growing, and the number of jobs continues to increase. Therefore, the Federal reserve tends to raise interest rates, in the long run to contain inflation.

Within four months there were two sharp increases in interest rates: the first in December 2016, and then in March 2017. Perhaps this is just the beginning of a series of enhancements, which will last a few years. Many economists (I among them) believe that the standard rate for centralized credit resources of the fed (this is the interbank rate for day-to-day loans) should be between 3 to 3.5 percent, then it will take another 8-10 increases a quarter of a percentage point.

Slow the rate of increase in interest rates. Need to build more houses.

If you carefully examine the latest inflation figures, it will be clear that the component of housing costs is growing much faster than all other components. Specifically, rents rose 3.9 percent, and housing costs with homeowners increased by 3.5 percent. The latter figure is largely speculative and a little unclear, but essentially, it means how much a homeowner pays for living in a house that he owns. But market forces and shifts in housing prices imply that the equivalent of the rent of the landlord should be approximately the same as the rent for those who rent housing. When rents are rising faster than housing costs from the landlord, housing prices increase even more rapidly (6-7% according to different sources), it is possible that a component of housing costs over the coming months will rise even more.

Moreover, the components of housing costs occupy a significant place in the overall consumer price index, and are therefore the main driving force of inflation indicators. Bread, for example, in the budget of most people is only 0.2 percent, and the weight is adequate. The share of the rent accounts for 7.8 percent and housing costs with homeowners — as much as 24.5 per cent of the budget.

A powerful decline in gasoline prices over the past two years has weakened inflationary pressure; but if the new drops in energy prices will not (and now few believe that per gallon at the gas station will have to pay a dollar), then in the near future, housing costs will most strongly influence General indicators of inflation and policy interest rates.

How can you restrain housing costs and slow inflation? We need to build more apartments and individual houses for one family. Usually every year there appears one and a half million housing units (houses and apartments). The economic logic here is pretty simple. Every year the government is 1-1,2 million new families, and from 300 thousand to 400 thousand homes demolished, or they become uninhabitable. In the end, every year there is a demand for about one and a half million new housing units. Sometimes a decrease, but in subsequent years, all kompensiruet due to a more active construction, and in the end the average is 1.5 million.

But this time it’s different. In the years of rapid economic growth and speculative bubbles in the period from 2003 to 2006, the pace of housing construction was excessive, and had an average of 1.9 million housing units. However, the decline was deep and very long. Over the past 10 years, from 2007 to 2016 average per year was begun the construction of a 900 000 homes. This is clearly not enough. For this reason, in a country everywhere there is a shortage of housing. Offered for sale houses is extremely small, and the level of supply in the rental market fell below seven percent, the lowest level since the mid 1980-ies.

The greater the rate of housing construction, the slower will be the growth of housing prices. Therefore, the consumer price index will also slow its growth, and the fed will be able to sigh with relief and to moderate the rate of increase in interest rates.

Lawrence Yun — chief economist and senior Vice-President of the National Association of realtors.