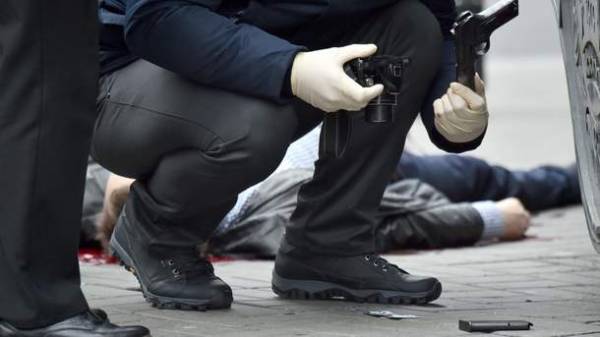 Killer ex-Deputy of the state Duma of the Russian Federation Denis Boronenkov, who was shot today in the centre of Kiev, died in the hospital

On the death of the murderer Boronenkov said the chief doctor, Nikolai Dyomin, transfers “Gromadske”.

“The killer Boronenkov did four surgeries and open heart massage, he was able to run, but because of the too long stay it has not helped”, – reports the edition.

“The killer shot twice in the chest and head. Pass-through shot to the head makes it impossible now to work with him. Killer on the verge of death, artificially powered heart rate. He uncommunicative at the moment,” said the head of the GPU.

According to the public Prosecutor, the scene seized about 20 shell casings and the weapon of the killer – a TT pistol.