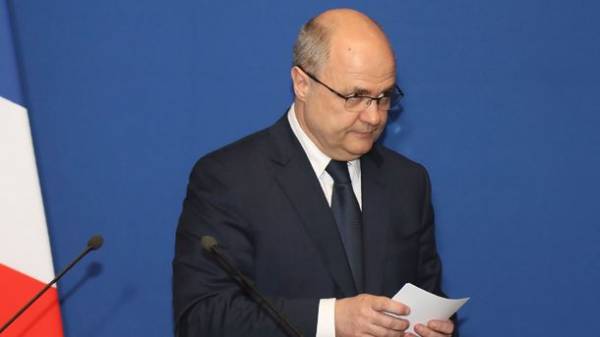 To head the French interior Ministry on Tuesday assigned Matias FeCl, according to the Internet portal of the French newspaper libération.

The publication notes that from 4 September 2014, he held the position of Secretary of state for foreign trade, the development of tourism and French citizens abroad.

The national financial Prosecutor’s office of France on Tuesday opened a preliminary investigation into the employment of the daughters of the head of the interior Ministry of France in the National Assembly in the period from 2009 to 2016.

“The investigation is entrusted to the Central office for combating corruption and financial and tax violations,” quoted “Le Figaro” communiqué of the Procurator fiscal.

Previously, the French channel TMC reported that both daughters B. Le Roux was listed as his assistants in the National Assembly in the period from 2009 to 2016 and got paid for it, whereas at the time was still in high school.

A similar incident of alleged fake employment of relatives of the French politicians, not for the first. Earlier in the center of the scandal was the presidential candidate of the party “the Republicans” Francois Fillon. In late January, prosecutors in France have opened an investigation against his wife Penelope after in mass media there was information that she, according to some, within a few years fictitiously worked as an assistant to her husband in the National Assembly.