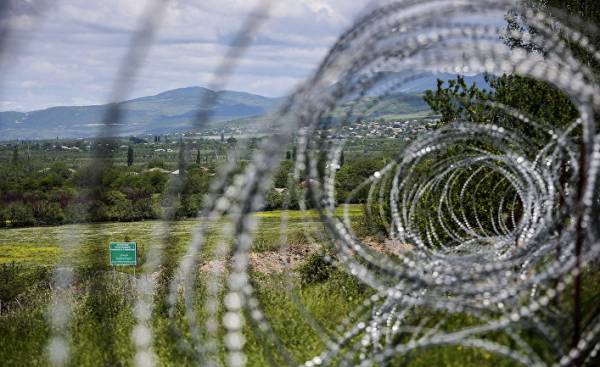 South Ossetia has long been one of the main pawns in the geostrategic chessboard of Russia Vladimir Putin. It performed this function in the first decade of the Putin government in Russia, during the war against the Georgian army in 2008. She played this role all these years, when it became increasingly clear desire of the Ossetian people to call a referendum on joining the Russian Federation. But she continues to play and now, the proof of which a few days ago was a statement by the Kremlin’s intention to take military control of the rebel forces in South Ossetia. This force actually represents an army, they control that part of the Central Caucasus and ensure its autonomy.

This statement is not an isolated fact, born with only the wishes of the Kremlin. It is the result of a process, which can again lead to the escalation of diplomatic and military conflict, the object of which in the last few months has been South Ossetia. This conflict affects relations between Russia and Georgia, and — more significantly — the relationship between Russia, NATO and the European Union.

The key to understanding the history that underlies the ongoing and, according to some, unexpected actions of Moscow, the factor stems from the fact that in the last few months Georgia started to cooperate closely with NATO within the framework of the project on strengthening partnerships. However, many — especially in Moscow — the fear that it may be a prelude to the admission of Tbilisi to NATO.

In this respect two events this month can serve as a clear indication of what is happening between the Alliance and Tbilisi. The first episode occurred on the second of March, when a delegation of the NATO military Committee, paid an official visit to Tbilisi. Then meetings were held with the senior military and politicians.

The second episode takes place during these hours: in Brussels, the Deputy Secretary General of NATO, rose Gottemoeller (Rose Gottemoeller) receives Minister of internal Affairs of Georgia Giorgi mghebrishvili. This visit is crucial for relations between NATO and Georgia, he is one of a number of bilateral meetings taking place with some regularity since January of this year, and associated with Moscow facing requirement Secretary General Stoltenberg immediately withdraw Russian forces from South Ossetia and to withdraw its recognition of the rebel republics of Abkhazia and South Ossetia.

If the content is addressed to Moscow, the message is quite clear — a desire to do everything possible to return two of the rebel region under Tbilisi’s control — then it seems equally clear and the message of the Russian side, which takes its rise rebel army. This signal is simple, it reflects the historical approach of Russia in the style of “allies don’t throw”. And the people of Ossetia for Moscow — a valuable and loyal ally.

This Alliance is not only due to the fact that the rebel Republic is a stick in the wheels for the Pro-Western government in Tbilisi but also from the fact that the Ossetian people closely associated with Russian, it is so ingrained in its history that Russia considers itself a true home (if you think about it, North Ossetia, located just a few kilometers South, is a full-fledged Russian territory).

This relationship with Russia sacrality in the Constitution of the Ossetian people, which provides the possibility of direct appeal to the President of the Russian Federation about recognition of a possible referendum on joining Russia. This opportunity Vladimir Putin recently refused during a meeting held in Moscow a meeting with the President of Ossetia Tibilov. It is clear that Putin wanted to postpone this issue to avoid a new confrontation with the West. The coincidence with the Ukrainian scenario, especially with the Crimean referendum (and there is a lot in common) and the war in Syria were crucial in the quest to nip in the Bud such desires Ossetia.

In this situation, we must not forget that the Caucasus is Moscow a sore point. He hides the atavistic problems of the Russian governments, such as Chechnya and Ingushetia. These are all elements of the mosaic, which Russia hard-and the trick was collected in the last years. These are all elements of the network, which is based on the delicate balance of the whole Caucasus region. Absorption process of Georgia’s NATO and undisguised Pro-European ambitions of the government of Tbilisi to destabilize this balance, destroying him once and for all. With all this in consequence of these steps may be only the appearance of a new dangerous front in a new cold war between Russia and the West. 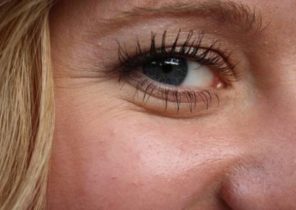