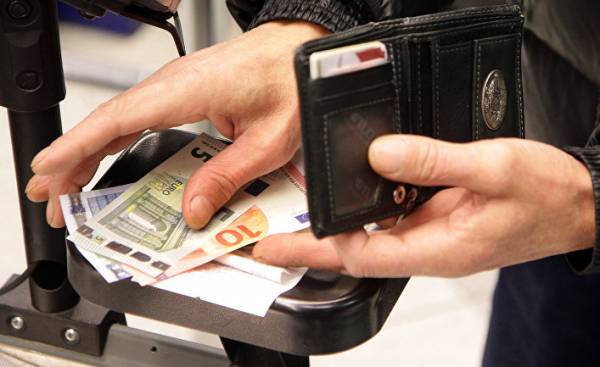 Lithuanian journalists conducted an investigation of the plight of citizens of Ukraine on earnings.

According to official statistics, the Ukrainians made up almost 60 percent of all employed people in Lithuania in 2016 foreigners.

According to the Lithuanian labour exchange, in 2012, the work appealed to him of Ukrainians in 1916, and in 2016 more than six thousand have received permission.

Most citizens of Ukraine are held on the construction site, displacing local workers.

March 16 in Lithuania published the results of the investigation, “Slavery of the 21st century” the fate of Ukrainian migrant workers. It turned out that our compatriots are often deceiving, are paid several times less than promised.

Correspondent. net decided to find out what the Ukrainians have to face in search of work in Lithuania.

There is no money even for food

How to write journalists of the 15min. lt conducted the investigation, Ukrainian workers are often deceived not only employers, but also the mediators.

The publication reinforces your information with stories of the migrants themselves. So, a welder from Krivoy Rog Oleg Coma in his town worked in the steel mill, where he received $ 100. Him the money was not enough and Coma drew attention to the announcement about jobs in Lithuania.

Arriving in Vilnius with ten comrades, he spent four months at the metallurgical factory in Klaipeda, but received about 20 euros for a week, ten times less than promised. Krivorozhane sometimes eat at a soup kitchen. Zoma says that during the year in Lithuania so do 200-300 Ukrainians.

Citizens of which countries often get a job in Lithuania

It tells the program Manager Caritas “Assistance to victims of prostitution and trafficking” Christine Misiniene, Ukrainians come to them for food.

“Yesterday, the Ukrainians came. Asked to help them with food because not enough money. We bought them a bag of food. They say that they feel very ashamed, but do not pay earned other way but they don’t have,” says Misiniene.

Lithuanian journalists found out who was engaged in employment Come is a 32-year-old Marius Urbonas. He explains that money is not paid because there was no work. Urbonas said that he had to pay for the rent of the apartment in which lived Ukrainians, who did not want to leave.

He also accused the workers in the deception: “Assured that all papers are furnished, but it turned out otherwise.”

Deceived Ukrainians go to the police, the Prosecutor’s office and the state Inspectorate of Labor.

“The first signals we got last year. And now a real noticeable trend in Lithuania is trade Ukrainians”, — said the Deputy head of the legal Department of the Labour Inspectorate Gediminas noreika.

He noted that fraudulent contracts for work in Lithuania are using the Polish firm.

“But we are talking about fictitious contracts, cashing in which intermediaries”, — said the expert.

In January and February of this year, the inspection turned eight deceived Ukrainians. During the past year there were thirty such complaints.

According to Comy, he and other Ukrainians fired from Klaipeda factory 1 Feb, but was told about it only a few weeks.

Alexander Kharchenko from Western Ukraine cheated by the employers. First he had to pay 35 euros a week, I promise that soon the situation will improve, but after four months, the employer disappeared.

Ten Ukrainians were working in Kaunas to build a Mega shopping Mall. Lived in a Motel, for which they had to pay out of pocket, the money earned was not given. In the end they gave only 50 Euro for a return ticket to Ukraine.

Director of the company Izomarinаs built shopping center, Adamas Ascovirus said that he of these workers are not hired, and collaborated with the Polish employment Agency.