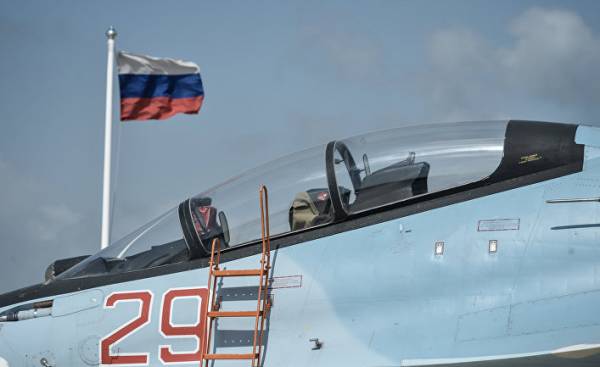 Syria has been in a real conflict of interests, especially between the US, Russia and EU countries. But often, these colonial powers can easily reach some agreements with each other. They are all in the pursuit of domination of the territories which have their share in Syria, without causing harm to each other. These agreements are achieved not only between the US, Russia and EU countries. They at the same time are mutually in the use of terrorist organizations fighting on the battlefield. Despite the fact that Turkey is a country that is directly suffering from the conflict in Syria, the US and the EU together are bypassing our country’s cap. Anxiety, shown in response to the fact that after El-Baba, the Turkish armed forces together with the Free Syrian army (FSA) went to Manbij, as well as the fact that colonial powers together blocked the way of Turkey and have given terrorist organizations the freedom of action, or otherwise requires special attention to the analysis of the events in Syria and news coming from the region.

Reports of the bombing of the mosque during evening prayers in the village of al-Gina in the province of Aleppo in the evening on Thursday, Friday Newspapers filed: the attack was carried out by a Russian aircraft. Mostly in the media, this news was accompanied by the headline: “They bombed a mosque in Aleppo during the prayer”. Cited different figures on the death toll. Any clarity in news content was not. But combine the past newspaper reports that citing a source in the Syrian opposition reported about carrying out the attack by Russian aircraft.

The next day, that is Saturday’s Newspapers, it was reported that the attack on the mosque was made in the USA. While these reports were mostly submitted under the title “mass murder in the mosque, it turns out, are the United States,” some Newspapers chose this name: “In the attack on the mosque suspicions fall on America.” Muslims, the whole day was misled by information that attacks on mosques has caused the Russian aircraft, and when it became known that behind this attack America, the newspaper has appear the headings “United States massacre” or not mentioning the US, chose the name “Massacre in al-Gina” or “Lie about “al-Qaeda” (banned in Russia — approx. ed) during the massacre at the mosque” without even considering it necessary to apologize to the readers for giving false information before.

Listing all this, I’m not trying at any cost to find any evil intent or corruption in the headlines. I just want to draw attention to the fact that the flow of news coming from Syria, citing some unknown people without confirmation from our own sources can be disorienting and lead to the wrong idea of who is friend and who is foe.

At this stage, we know now that when the operation in al Bab was a success, this is especially alarmed US and coalition forces. As a result, the way in Manbij the FSA and the Turkish armed forces was cut off. In these circumstances, Turkey, preserving its influence in Syria as a result of a number of agreements with Russia need to be extremely attentive to the news, which can lead to the occurrence of grudges against Russia. Here I do not mean that Russia can be trusted on all issues. But judging from what now appears, the US and coalition forces in General can’t be trusted. We need to filter news to be received from certain sources, in order to destroy the balances arising in Syria. Obviously, the unions focused on the US and European countries, which we call its traditional friends and allies, playing against us. In this situation, Turkey felt the need to cooperate with Russia, especially in the Syrian issue. Nevertheless, some media for some reason at every opportunity, persistently carried on anti-Russian and anti-Iran news. This creates the appearance that mandatory for Turkey’s direction is the cooperation with the United States and the coalition countries. Previously, as of such mandatory directions really pointed to the US and the EU, but we always suffered from this. The US and the EU took under its wings the elements of terrorist organizations. Friendship of Turkey they prefer the terrorists. In a sense, isolate Turkey. In these circumstances, it is impossible to prevent unverified fake news to harm good relations with Russia. After all, Syria has already become impossible to separate the wheat from the chaff.