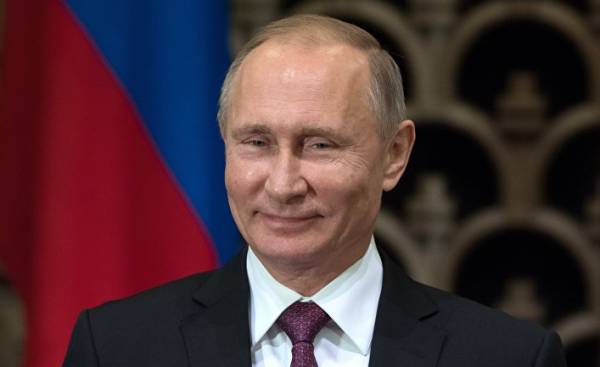 In his book “Why Putin is our ally?”, Olivier Schmitt (Olivier Schmitt), Professor of political science and Centre for military studies University of southern Denmark, analyzes the Pro-Russian sentiment in France and the arguments used to justify a rapprochement with Russia. In an interview with France-Soir it was back to transportyou aspect of this passion in relation to Vladimir Putin and the influence of these sentiments in French society.

France Soir: Why have You decided to choose this topic?

Olivier Schmitt: Initially we are talking about a relatively personal relationship to the issue. In 2014, during the Russian invasion in Crimea we’ve seen in the French social networks a kind of planned campaign on the part of people speaking for the Pro-Russian positions, who have denied the presence of Russian troops in the Crimea. It is very interesting that when Vladimir Putin later said that the invasion was planned, their response was: “We knew it from the beginning.”

For me it was a surprise to see that there is a coordinated, structured, and although obviously dishonest discourse from these people. So I decided to conduct an analysis to understand why in our political culture there is a sensitivity to the arguments put forward by Russia.

— From my point of view, the overall argument does not exist. On the contrary, the item of split is associated with the rejection of political liberalism on the part of people who support the actions of Vladimir Putin. This is political liberalism is wary of a strong government and promotes the creation of contrasti for the regulation of authoritarianism.

And right and left liberals are very wary of Vladimir Putin because of the scale of personal power. And right and left antiliberalov, on the contrary, to a much lesser extent deterred by his manner of rule. They see it as an alternative to promoting conservative anti-liberal values and US resistance to the traditional object of hatred. Thus, there are different degrees of passion depending on the degree of rejection of political liberalism.

— What is the value of PR and the Russian media this fascination with France for Vladimir Putin?

— Russian media very well click on the fault lines of our society. If easier, you could say that they hit the weak spots. This enhances pre-existing Pro-Putin rhetoric. I’m not sure that these media have a very real impact beyond the already convinced community.

Anyway, all this helped to create resonance among the supporters of Putin with a kind of circular motion of the diehard. Look at France RT and Sputnik, the blogs of Jacques Sapir (Jacques Sapir) and Olivier Berruyer (Olivier Berruyer): all cite (or even hire) one another, share the same momentum, thereby increasing the resonance.

I don’t think these media have a real impact on people who have a natural distrust of Russia Vladimir Putin. There is the resistance of the French society, which involves a commitment to democratic and liberal values. All the controversy about the influence of Russian media in France is excessively polarized, because the question does not take into account the nuances. On the one hand say: “the propaganda of the media to achieve the election of marine Le Pen in 2017”. On the other hand they say: “Sputnik is in any case not worse than CNN”. That is, we either sounding the alarm or hit in relativism. Need to find a middle ground and clearly imagine the existence of Russian political will to influence the future of the Western democracies, which promoted Russian media and their companions. However, these media will not decide the outcome of elections in 2017.

French democracy is under threat because of Russia’s desire to influence?

Democracy is an extremely difficult political regime, because the promise is not performed. There is always a discrepancy between the promise of a democratic society and state realities. The policy task in turn is to keep it to a minimum. A significant portion of the French population believes that today, the discrepancy has become too large. The power of Russian media is finding related problems and inflating them to obtain a political result. It’s like salt on an open wound that, do not forget that we have inflicted on themselves.

Such enthusiasm for the Russian leader is due not only to the traditional rejection of Atlanticism in France?

— I think everything is more complicated. The rejection of Atlanticism does exist, both among right-wing conservatives, and among ultra-left along with the rejection of imperialism, which is still a significant characteristic of this movement. But with Vladimir Putin involves something else, namely, traditional French romanticism towards Russia, passion of the Russian soul, Russian culture and history.