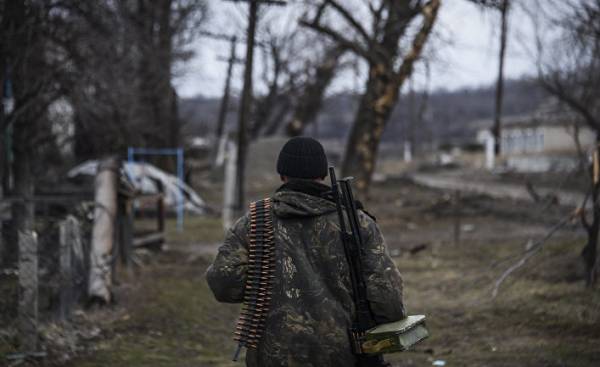 On the websites of the so-called “LNR”, the Department of the military Commissariat had advertised the recruitment of volunteers for military service under contract in the units of “people’s militia LNR”.

“The militia LNR” is, in fact, two different departments, openly disguised under “civil”, — says Olena Stepova for Аllbeukraine. — Well, firstly, they are terrorists and terrorists. Secondly, it is not the police, to which you are accustomed. Some units do have internal patrol service and belong to the “internal Affairs of LNR”, and the second is the so-called “army LNR”, and refer to the military commissariats. But we remember that in the army “LNR” no, it’s the miners who dug the mine weapons… Well, you yourself already know.

In units of “people’s militia LNR” recruited citizens of Ukraine, residents of Lugansk and other regions. Go to “service”, “police” issue a “passport LPR”, or already come with the “passport to the NPT.” But they are, in fact, the citizens of Ukraine. Because each of them in my pocket for two passports. So for me personally, the designation of “terrorists” and “separatists” is a legal inaccuracy. Mercenaries! After all, citizens of Ukraine, which entered into illegal military units “l-DNR”, get paid in rubles, the currency of the country-an aggressor, and thus are mercenaries.

What is the salary of policemen is paid in rubles, supported by the announcement.

For the devastation, “nationalization,” unemployment, broken once successful cities of Donbass, the death of compatriots who paid: “cash allowance” for the crew — from 15 thousand roubles; sergeants and foremen — 19 500 rubles; officers and warrant officers from 25 thousand rubles.

If at the beginning of the war in the “volunteer battalions,” “Cossacks”, “militia”, “militia LNR” was solely motivated people who believed in informational simulacra — “fascism”, “we’ll get to Berlin”, “victory”, “grandfathers fought”, “Donbass”, “Republic”, “Donbass independent”, now in the ranks of the militia are wounded and contused at the front, young people, unemployed, since the “diplomas LC” yet never acknowledged.

They have no biases, motivations, but to kill and Rob. To be honest, the “ukro-fascists” in the Donbas believe only people with a bright and open forms of mental illness. All all know and understand. Often lie on camera in the hope to get something from rush TV. This is the worst. They all understand everything. And the “miners” and “weapons in the mines.” Sometimes the excuses that, well, they had no way out. The solution was, then, in March 2014. Not even the output, and wide, not yet mined, track,Ukraine. Even more amazing that all of these screaming “rasiya, dambas, we are against the blockade, buy coal from us, dill”, those on the front do not go. Plagued by these keys in the “Classmates” and their nerves in queues for humanitarian aid.

Now the “militia”, “militia”, “volunteer”, “LC”, mentally and visually divided into two camps. They clearly understand simulacra, see fakes, realize that “fascism” is, in fact, covered them with the other side, but if some come in the internal law enforcement system “LPR” to do to save fellow countrymen from the cover of their chaos and to somehow stabilize the crime situation in the occupied territories, others, motivated solely the right to bear arms and to obtain power.

Yes, even people in camouflage in the “LC” can have differences in the perception of the “built world.” There are those that hate the “dons” who gave it all for the money “Ahmet” and “yanyk”. There are those who are seeing the real face of the “Russian liberator”, hates the Russians and is ready to kill them (and kills) inside the occupation zone. These believe that Russia has betrayed them, but still they can without Russian drunk to build a great Donbass. In General, I do not write for nothing-each has its own. Every seen!

Three years of war already showed us who is who. And if in Ukraine the detention of people with weapons brought from the ATO area, a single glaring facts, as motivated by the military to protect the homeland, “LC” weapons to be stored every second, even did not participate in the war. Weapons in the “LC” is the protection, and authority and power and profit…Or you or you. And the more this territory is occupied, the stronger, I hear. stronger change here people, mentally and psychologically. I call it having morals. The war will write everything!

Each month, the “LC” is made up to 750 robberies, up to 500 fraud against the elderly, up to 250 robberies with a weapon, up to 150 murders with special cruelty, of which 75% of the murders committed by ex-military in a state of alcoholic or narcotic intoxication. “MIA LC” is not able to keep the crime situation under control.

Dezertira from the front, enrolling in “LNR militia” and getting the weapon in hand, people see themselves as almost gods and knocking in a gang, as they say in the Donbass jargon to confuse the shore and indulges in all serious.

Grenades are used to excite love, for the division of the inheritance, and localization of a quarrel with neighbors. In houses of inhabitants of “LNR” arsenals. Discovered even 3 APCS, 1 tank and 1 SPG, driven from the part.

The last “catch” and “law enforcement”:

— 9 March 2017 at the place of residence of the beneficial Sergey Valeryevich, born in 1985, resident of Odessa, Shevchenko str., 40, found and withdrew 4 grenades f-1 and 2 electric detonators.

— March 6, 2017 employees are “internal Affairs of LNR”, in the house № 1 Republican TB dispensary (!) found and seized ownerless bag in which were: RGD-5 grenade, 2 fuse and cartridges.

Found that bag after treatment forgot Vasiliev Dmitry, born in 1979, resident of Perevalsk district, Donetsk, St. on May 9, 4/38, which is treated at the above medical facility with an open form of tuberculosis. According to medical staff, Vasilyev D. S. is currently in the “service” under Debalcevo.

— March 7, 2017 investigating the message from vigilant citizens, the employees of “internal Affairs of LNR” carried out a search at the “Cossack of the don, captain in the third generation” Vyacheslav Gennadiyevich Zaitsev, born in 1966, resident Antratsitovskogo district, village Ivanivka-1, Oktyabrskaya St., 60/55, from the basement which ammonitovyh seized 19 pieces at a total weight of 5 kg. and 200 g of plastid, 500 rounds of ammunition, 10 kilograms of gunpowder artillery, which remained with him after his service in the “great don army don”.

But countrymen! But why the inhabitants of Lugansk region became the main killing machine of civilians?

Three years of war. Outside of military action killed more than 7,000 civilians. These are the victims of murders, rapes, robberies, drunken accident involving a “militia”. The fate of the 1,500 residents of the Luhansk region is still unknown. The inhabitants of the occupied parts of Luhansk sell their countrymen into slavery Chechnya-Kadyrov in Abkhazia and South Ossetia, the Stavropol region, where Chechens settled and gabardine. Women are sold into sexual slavery of women. Men make slaves of the men.

Crime in the Russian occupied territories are justified — they are invaders. But what to do with all this? Crimes against the inhabitants of Lugansk region of Lugansk residents?

The first slogans of “free Donbass” was protect Russian-speaking residents of Donbass, the fascism will not pass, remember?!

One weapon in hand, in houses, in apartments and basements? Who in a drunken stupor throwing grenades “released” from “dill”. “People’s militia”, “volunteer”, “Cossacks”, “the militia” “citizens LPR”, right? So!

Is it because the “LC” deaths on the streets have caught up with mortality at the front, began to spread fakes Kiev, walking through the streets in bullet-proof vests?

As always, Soviet-style, — we are all well abroad rot.

Well, I want to say that you hate “new Russia” Maidan stood, including honesty and transparency in the information field. To these shovels simulacra “obtained more than in the Congo”, “build”, “we are better” has never been in our lives. Necessary-well done! Built-clever! All received a decent salary, awards and medals. But without a comparison with something “rotting”. Without chauvinism towards other countries.

Iron curtain “LC”, which gave them the media, have led to the deterioration of the situation.

Drunken employees of “ambulance” drunken “policemen”, the rudeness in the service sector, corruption, all of this is written down “and even worse in Ukraine”.

What a shock get arrived on the renewal of pensions “migrants” when they see what and where “better”is”worse.”

The funny thing is that in the same media next to the “visit us in the police” are reports of “MIA” about the committed crimes, weapons charges, to which I refer above, and…the announcement of the beginning of the next, continuing in the “LC” the month of the surrender of weapons.

What is this, the circulation of weapons in nature. Come-get-povoyuyte-kill-turn-come-get!

Month of delivery of the weapon in “LNR” held “for the purpose of stabilization of an operational situation, the revitalization of the withdrawal from circulation of illegally stored weapon, ammunition and explosive materials, as well as the disclosure of the crimes connected with use of the above”.

Yes, by the way, on the website of “the General Prosecutor’s office LNR” under article 267 of the Criminal Code “LC”, which provides for criminal liability for illegal acquisition, transfer, sale, storage, transportation or carrying of firearms, its basic parts, ammunition, the highest number of criminal cases.

Second place is a stubborn medical cases — theft medical aid, change of expiration dates of medications, theft of budget funds allocated for the maintenance of hospitals. 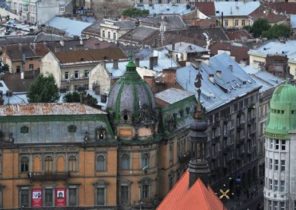