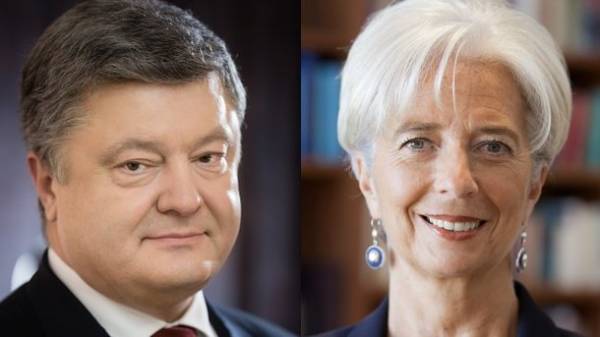 The Board of Directors of the International Monetary Fund (IMF) decided to allocate Ukraine the next credit tranche in the amount of one billion dollars. A few weeks before this, the government has signed with Fund the updated text of the Memorandum of cooperation.

Single social contribution will have to pay for all. As told “Today” in the Pension Fund, at the moment officials are considering the possibility to oblige to pay a tax to the pension Fund of all working Ukrainians without exceptions.

Experience you can buy. According to the law, in 2021-m retired can qualify for the Ukrainians with a total experience of no less than 30 years, those in the country only 8%. Insurance experience will be reduced to 15 years from the first of January 2018, announced in the Ministry. This will be an opportunity to buy itself 15 years of insurance, 704 hryvnia per month. In 10 years you will have to pay 84 480 hryvnias, and for 15 years, 126 720 hryvnia.

The grant will be paid in cash. Last year, Ukraine has committed itself to the IMF to pay benefits with money. Monetization should start operating early next year. According Gosstata, in April the average amount of subsidy has reached 1521, the hryvnia, and the amount of the payment – 1808 hryvnia. That is subsidiary pay for communal on average 287 hryvnias, the rest was compensated by the government. If, after monetization is 1808 USD to spend on utilities 1000 UAH (to reduce power consumption, to install a heat meter, etc.), 521 the hryvnia can get your hands on.

The price of gas will change. Ukraine in 2016, has pledged to maintain the price of gas not lower than “economically justified” (the cost of imported gas plus transportation and taxes). In the existing tariff includes the cost of imported gas – $ 185 per thousand cubic meters, and the budget for 2017 is provided that natural gas for Ukraine will rise to 245 dollars. If the tariff on the request of the IMF will reconsider – the cost of cubic meter of gas for Ukrainians will increase from 6.8 to 8.5 to 11 hryvnia per cubic meter of gas.

The land can be sold. The Verkhovna Rada prolonged the moratorium on sale of agricultural land until the end of 2017. Last year the head of the IMF mission Ron van Ore noted that the existing moratorium on the sale of land makes it impossible to fully develop the agricultural sector and the use of land as collateral for obtaining loans. “Therefore, it is important for Ukraine to move forward with land reform and to submit to Parliament new legislation that will allow the sale of land”, – said the IMF representative. To open the land market was discussed in yesterday’s IMF statement. If the moratorium will be removed, the Ukrainians will be able to sell their land.